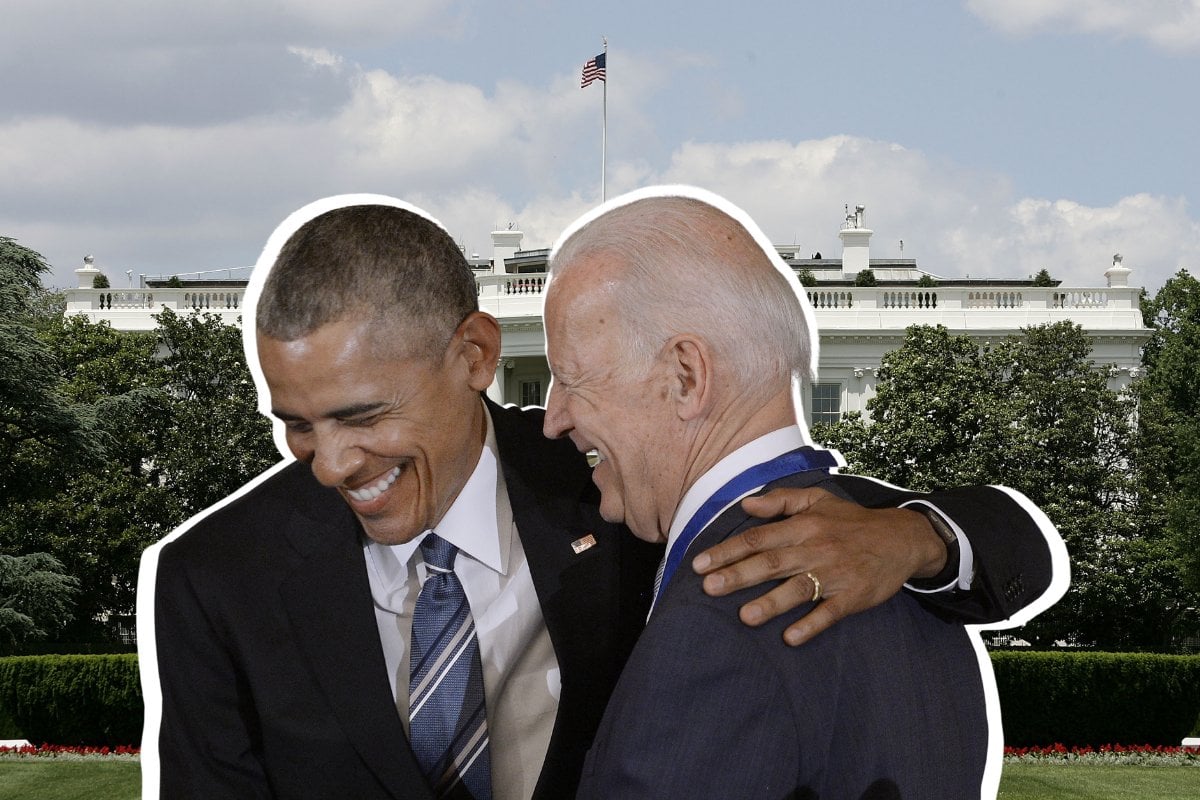 Before Joe Biden was President-elect of the United States, he was Vice President in the Obama administration.

For eight years, Biden and Barack Obama worked together on their vision for the United States. But more importantly, obviously, they worked on one of the greatest bromances the world has ever known.

Watch: Perhaps the best Joebama moment, when Obama presented Biden with the Presidential Medal of Freedom. Post continues below video.

From working on policy, to catching basketball games, to grabbing a hard earned ice-cream, the pair were as much #couplegoals as Barack and Michelle.

Happy 55th, Barack! A brother to me, a best friend forever. pic.twitter.com/uNsxouTKOO

The pair captured the imagination of not just us, but the entire internet, with a series of viral bromance memes in the later years of their term.

With Biden now getting ready to enter the White House again, in his mate's old job, we've rounded up the best Joebama memes on the web because this is precisely the content we all need right now. And we're definitely manifesting a comeback.

[Writing the State Of The Union]
OBAMA: So I'll say the state of the union is...
BIDEN: On fleek. Say it's on fleek. pic.twitter.com/5LLGvuRTha

Obama: Wave at the people, Joe.

Obama: It's too hot for a scarf, Joe.

Biden: IMMA DO THE SCARF WHIP

Obama: That's it, you're grounded.

Joe: I hid all the pens from Trump
Obama: Why?
Joe: Because he bringing his own.
Obama: ???
Joe: HE'S BRINGING HIS OWN PENCE pic.twitter.com/uni3WUd4X3

ME: Joe, about halfway through the speech, I’m gonna wish you a happy birth--
BIDEN: IT’S MY BIRTHDAY!
ME: Joe.

Happy birthday to @JoeBiden, my brother and the best vice president anybody could have. pic.twitter.com/sKbXjNiEjH

Obama: you know what, Gryffindor pic.twitter.com/Dfeqvlkohe

biden: i am one with the force, the force is with me

"I uh...just want to apologize. Whether it's true or not, Joe shouldn't have yelled 'you ain't real hip-hop, bitch'. He's just passionate." pic.twitter.com/aUbZS0VrwX

Biden: I gave him the wrong address

Biden: idgaf what they call him pic.twitter.com/6pQzOJY92x

Biden: You have some big shoes to fill
Pence: I know, being VP is a huge responsibility.
B: No, Mike. The memes. pic.twitter.com/BLZ7vhQLB8

Biden: Maybe we make our own country and he won't be invited

Biden: And MAYBE THIS TIME WE CALL IT THE BLACK HOUSE RIGHT BARACK pic.twitter.com/sVEoMvJbNy

Biden: What if we paint the Mexican flag in the office
Obama: Joe, no
Biden: I already ordered the paint
Obama: Joe pic.twitter.com/mCCh6OPQRk

Obama: It's gonna be ok but we have to move.

Joe: But how will Santa know where to bring my presents next year?

Biden: I did it

Obama: you sure did

O: I have a wife joe

B: she can visit!

B: WE CAN GET BUNK BEDS pic.twitter.com/2Q2lkcykNz

BRING THEM BACK, PEOPLE.

Reply
Upvote
Biden was a loyal VP to Obama, but a 'bromance' doesn't exist except in  the fevered imagination of this article's author.
R
rush 2 years ago