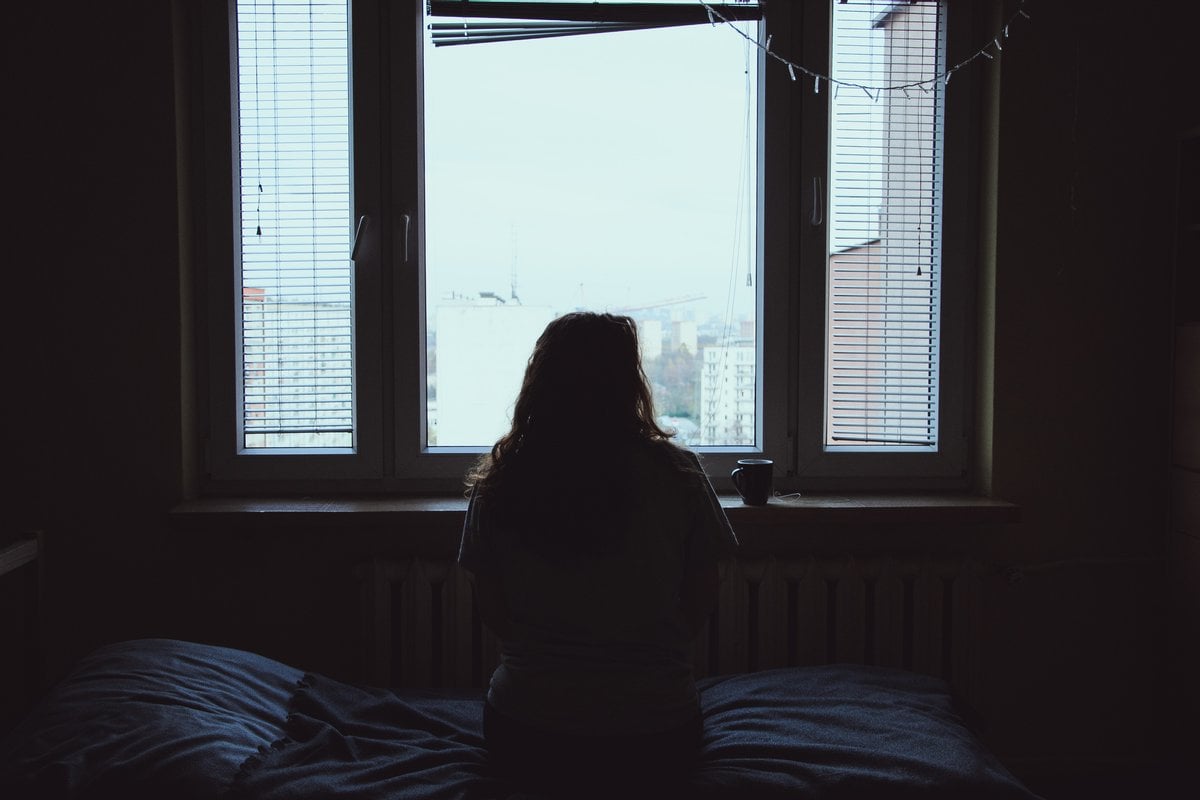 During a moment of vulnerability, I found myself reaching out to a helpline for women who were trying to remove themselves from domestic abuse and violence.

It wasn’t until I was told by the receiver that, “this sounds more like a relationship problem with you then abuse” that I realised the services in Australia designed to give women the strength, support and advice to remove themselves from oppressing relationships can often be just as suppressing as the situation you fled from.

My story is like thousands of others who have suffered domestic violence, but my story of navigating through the aftermath has just begun, and although there are many stories and experiences shared about the trauma of being in an abusive relationship, my focus has turned towards the systematic trauma women go through after leaving.

As a woman leaving an abusive relationship, let me tell you, without the visible bruises it’s a shameful experience trying to explain to services that you have suffered abuse.

I often found that during these moments, many services and individuals were unsure whether my experience could be labelled as abusive or violent.

Granted, I had others who sympathised, but that was quickly followed by procedures and pathways that left my situation not deemed “high risk” enough and left me with dead ends and barriers.

While I tried to build a protective force field with those who could actually do something, I had my ex and his family breathing down my neck, trying to drag me back.

I desperately reached out to service after service, but the more I spoke, the less I was being heard.

I felt the strength in my voice wane; I felt my resolve cracking; I felt myself sink deeper and deeper into myself.

I began to make plans to take my own life, stupidly thinking that would validate my pain to others who then might actually listen.

But I wasn’t anyone important, not enough to be heard, I was just another unsatisfied house wife complaining, right?

That's how I was made to feel.

It was my baby girl who saved me. Looking up at me with her big eyes, I saw the unconditional love; I knew I was the only one she could find safety with.

I had taken her away from a situation that was unsafe, I could never let her suffer that insecurity again, especially caused by me.

I took my baby's hand, and I kissed her palm. If people wouldn't listen to me now, the least I could do was try to make sure those of her generation would be.

I recalled an article I had read while studying psychology. It was about coercive control and how it is a form of domestic abuse.

I started to do my own research and found that coercive control was only recognised verbally - so verbal threats and insults that exert power over another person including financial or sexual control.

For me, coercive abuse came in the other forms.

My ex would disconnect my car battery so I couldn’t leave to get to my family. He would behave aggressively towards my child then beg me not to tell anyone about it. He would use to his mental health problems to gain sympathy, and he would stonewall me for days on end.

This non-verbal coercive abuse left me feeling isolated, I would often attempt to reach out to him and to tell others I felt alone in my relationship. I was often met with eye rolls or dismissed as a 'tired new mum who probably had postnatal depression'.

I became a very different version of myself; I started to realise I was suffering psychologically when my character shifted.

I would timidly approach my ex and ask if I was allowed to speak to him about my needs.

He'd sigh, remind me of his mental health issues, then take himself to bed without another word until he asked me what was for dinner the following evening.

Although my child and I still suffered some physical abuse, it was the coercive behaviour that had the most traumatic impact, and this even had physical symptoms.

My chest would tighten, sometimes triggering an anxiety attack and I would cry from the hurt.

I was often left alone to deal with my emotions. If he did hear or see me crying, it was as if I simply didn’t exist. He would just stare at me with a blank expression then move on as if I were an exotic animal at the zoo he found mildly entertaining. The silence was deafening.

The day I left was the day I had decided I would rather be alone.

I thought that day would have been my hardest day, and that the more distance I put between us, the less suppressed I would feel.

Unfortunately, I hadn’t anticipated that lack of support from the services that were supposed to be there to help.

Coercive abuse is difficult to prove and seems to be even more difficult to be recognised as abuse across the domestic violence sector- and that’s just verbal coercion. What about those who are being coerced by non-verbal behaviours that exert power over another?

This is an area of coercive abuse I want the courts to take into consideration when making decisions for what is in the best interest of the child.

I want men and women alike to be educated on all domains of coercive abuse (verbal and non-verbal).

For the most part, many women experiencing partner abuse report that it is the relentless psychological and emotional abuse that cripples and isolates them the most.

This is, in my opinion, due to the prefrontal cortex and cingulate cortex being linked to feeling physical pain when emotional or psychological abuse occurs.

Why do women have to walk away bruised and broken for people to pay attention?

More importantly, how can I protect my daughter who may suffer the same non-verbal coercive control because it isn’t recognised as being painful enough to label it as abuse?

While I navigate the legal system that doesn’t recognise my type of abuse, but recognises the father as being granted equal shared parental responsibility, I continue to suffer coercive abuse from my ex regarding our child.

I continue to try to explain to services I reach out to the psychological, emotional and physical inflictions I suffer from coercive abuse.

I continue to work towards protecting my daughter and hope that my story can show support and understanding to other women who suffer in the silence.

While writing this, I had seen on the news that the Australian government is now committed to criminalising cohesive control.

Amendments to existing laws will be made and a new, stand-alone legislation will recognise coercion as an offence.

I am hopeful that with the Australian government bringing light to this, that services will take my experience seriously and that my child and I will be provided the necessary support to protect ourselves from any further exposure of coercive control.

You can guarantee that I’ll be proactively participating in any events, rallies or marches that advocate for better systematic support from services offering women the strength to leave coercive relationships; but more importantly to ensure we are recognised as survivors of domestic violence and abuse.

If you or a loved one is experiencing family violence, support is available. Call 1800 RESPECT on 1800 737 732 or visit the website to chat online.

If you are concerned about your behaviour within a relationship, call Relationships Australia on 1300 364 277 to find a service near you.

Tsharna is a woman raising her voice for those who aren’t being heard. As she currently navigates her way through the aftermath of leaving an abusive relationship with her young daughter, she now faces the threat of systematic trauma from protective services and the legal system who are only now recognising coercive control as a criminal act and form of domestic violence and abuse.

W
warrior77 a month ago

Reply
Upvote
1 upvotes
Like how some stories begin lonely girl meet good looking guy online, this is my story .
Single mother of 2 who always put her children first after many years Single thought I would give online dating ago, so I set up a profile and started looking until one guys profile caught my eye, he was a good looking guy and a full time single dad so where can I go wrong by contacting him. At first things was going well I was happy, my children was happy and for the first time my children and I had a complete family, normallike everyone else I knew. They moved in my house it felt great then it changed it was no longer my house or my children safe haven it became a prison where my stuff wasn't mine as he took over everything , my phone, my freedom was gone, my children freedom was gone, my emails and social media was taken over passwords changed, I was locked out of everything. Who was I, where did I go!! I wasn't me anymore, my every location was tracked and questioned. I was scared walking on eggshells so I wouldn't upset him as I didn't know how far he would go. The only way I could get help was for my children to tell their school as I knew they would have to check into by getting other services involved. There is more to my story but that's how mine started.
Thank you for sharing your story as I feel that the more people speak up about what they have been though then someone will have to take notice. We are all strong and we should be proud and make a stand.
D
domesticviolencelibrary a month ago