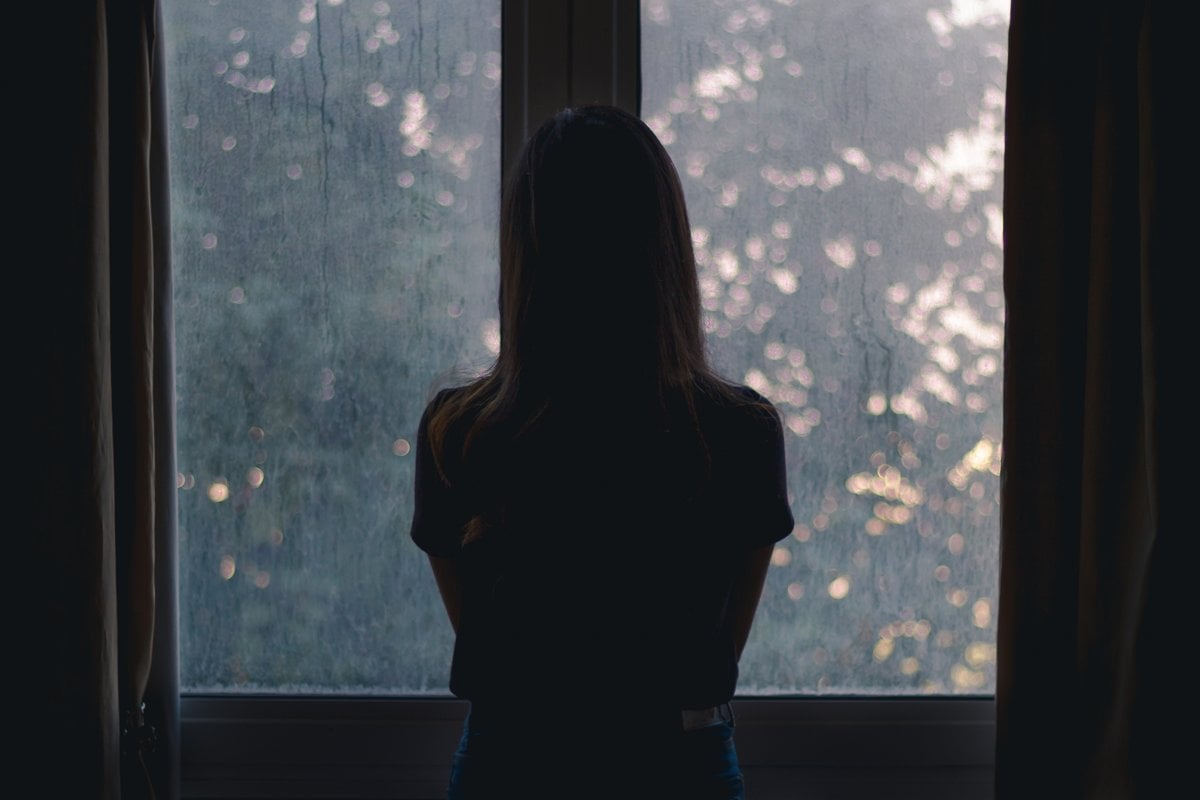 "You better reconcile. You don’t want to leave things unsaid and have regrets."

"You’ll feel horrible if he dies and you haven’t spoken."

When my dad was diagnosed with terminal cancer, those who knew of our estranged relationship were quick to cajole me into making amends, to re-establish a relationship before it was too late. Whilst well meaning, my general feeling toward these attempts of reconciliation was a simple: Why?

For all intents and purposes - now aged 34, married and with a baby - my dad had been ‘dead to me’ (said with all the dramatic poise of a The Bold and the Beautiful season ending cliff-hanger) for the better part of a decade.

Growing up watching Father of The Bride and The Little Princess, I remember sobbing as a seven or eight-year-old, even then achingly aware that the bond on the big screen was not mine.

Years and years of neglect in every sense of the word: broken promises to come and watch me play hockey at school, decades of cheating on my mother, years of watching my little sister cry when he couldn’t be bothered getting off the couch to go play tennis with her as promised, countless forgotten milestones; even simple things like forgetting the names of boyfriends, or worse, meeting them, deciding he was bored and just getting up from a table mid conversation to go and find someone more interesting, had all added up.

At a certain point, isn’t the more mature and self-preserving option simply to say 'enough'?

Family is family, blood is thicker than water and all these similar phrases fail to capture that family is much, much more than those you share DNA with. In 2022, the definition of family is broader than ever. Why should you persevere with blood relationships if doing so causes more harm than good, all in the name of ‘family’?

Sure, there were times - sometimes months at a time - where the relationship seemed to improve.

When my first marriage broke down, ironically, my father became a good sounding board, simply being there at the other end of the phone. But as always, something - sometimes as simple as a disagreement about where to eat for dinner - would open from just beneath the surface and his true feelings toward me would spill forth.

For years, I’d wake to find War and Peace in text message format. Dad had clearly been warming to his theme of "you’re a useless daughter" overnight and decided to text through his novel for me to wake to.

For anyone, never mind a daughter to start their day like this, it doesn’t take an expensive therapy session to realise that’s not going to lead anywhere positive. So you cut the communication. How can you trust the seemingly ‘good’ times when you know underneath that, put in simple terms, your dad just doesn’t like you?

Perhaps there’s a lingering sense of love and responsibility in the simplest biological terms inherited from the cave days: Me, Father/ You, Offspring. But in the modern world, why should every father and daughter relationship be one of love? Mine certainly wasn’t and I'd guess I’m not alone. We didn’t like each other, didn’t respect each other’s choices, and had very little nice to say to each other. Biology aside; why persevere with a relationship that is only pain and anger?

When my mother [my parents were separated] got the call that my dad had opted to take his own life rather than face a terminal cancer diagnosis, my only thought was for my little sister. I knew she would take the news badly.

There were no tears shed or beating of breasts lamenting my lost chance of reconciliation. And 12 months on, there still haven’t been.

I didn’t attend the funeral. Being 38 weeks pregnant at the time, I wasn’t able to travel. Instead, I watched on via Zoom, which seemed a fittingly removed way to observe safely the man who had shaped my life with a hand of emotional cruelty and ambivalence.

I am proud of standing my ground, proud that I put a line in the sand and would not walk back over it. I know my family sometimes question if years from now I will have a breakdown and feel regret. But I can honestly say that it hasn’t happened yet. I doubt it will.

Toxic is toxic, and although the experience of death is the ultimate reminder of our own mortality - I stand firm that it should not cause you to question decisions made in the preservation of your own self-worth and survival.

You will never regret having your own back.

C
caleena a month ago

Reply
Upvote
This rang so true for me
I have spent my lifetime trying to have a relationship with my father
instead I received toxic love,judgement,criticism of every part of me  and complete dismissal of my husband and four beautiful children
8 years ago I drew a line in the sand and decided no more
I made the decision for me ,for my self esteem and for my family
No one has the right to constantly undermine you even if they are blood related and while sometimes I am deeply dissapointed in my father and the love we could have shared I am proud of my resolve and have no regrets
C
comadrona a month ago

Reply
Upvote
Rosiecat, sometimes a parent can be just too toxic or frightening or neglectful to force a relationship with. I have zero regrets about cutting my abusive and violent mother loose 35 years ago. I saved my own children and grandchildren a lot of pain and mental health issues and I didn't  shed a tear when she died. Even if the issues seem "minor", a build-up of broken promises, put-downs, selfishness and neglect can ultimately kill off any filial love. Anyone who calls him/herself a parent has certain obligations to their children. They don't get to have a teary reconciliation on their deathbed just because they have a biological connection.
News
General
Opinion
True Crime
Politics
Sport
Explainer
Entertainment
Celebrity
Reality TV
Movies
TV
Books
Rogue
Royal
Lifestyle
Beauty
Fashion
Weddings
Home
Wellness
Health
Fitness
Travel
Food
Family
Before The Bump
Pregnancy
Baby
Kids
Teens
School
Parent Opinion
Work & Money
Money
Finance
Career
Lady Startup
Relationships
Sex
Dating
Separation
Friendship
Family
Real Life
Couples