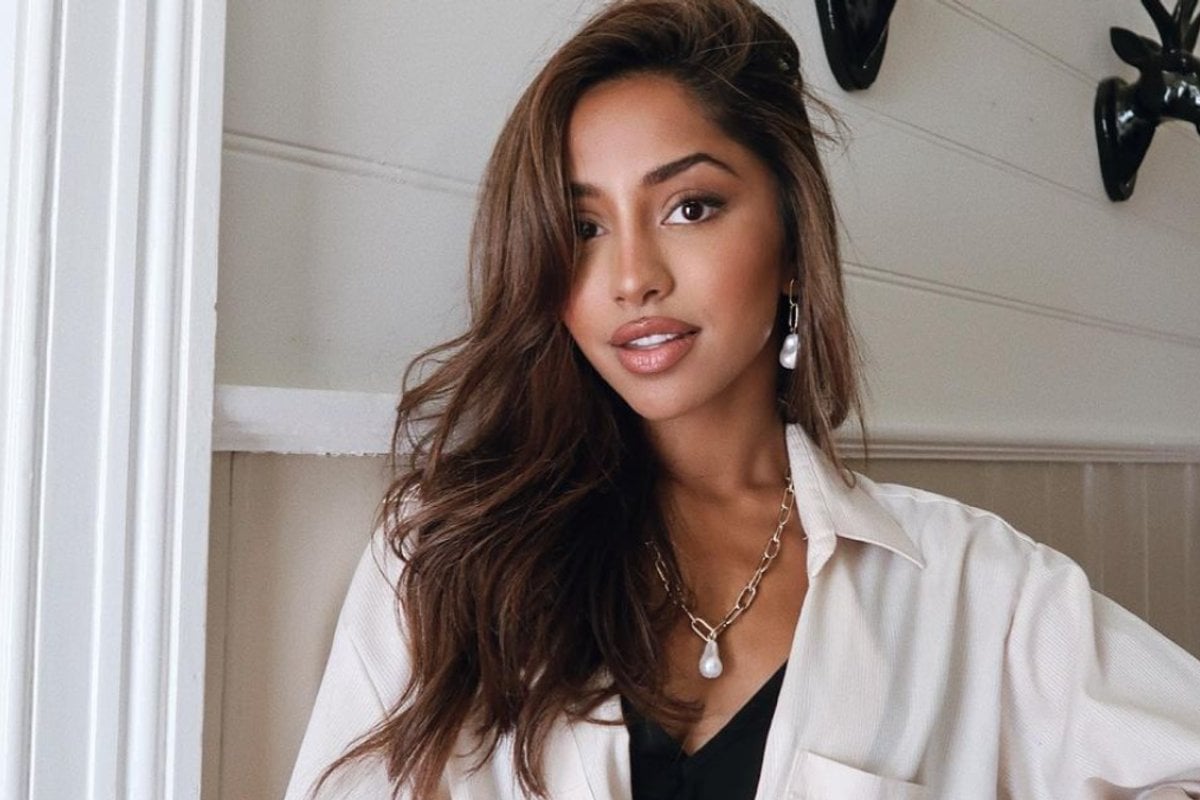 Growing up in a family hailing from India, I was subjected to a mix of calculated ‘brown jokes’ and unintentional gaffs from my childhood peers.

I was often asked whether my dad ran a 7-11 convenience store like Apu in The Simpsons, incurred jokes assuming he was a ‘taxi driver’, questioned whether my family ‘bobbed their heads when they spoke’, asked whether I wore a bindi (a culturally significant coloured dot on my forehead), and quizzed on whether we ate anything aside from curry.

Watch: The awkward questions Amanda Fotheringham gets asked as a young Aboriginal woman. Post continues below.

Given the conversations about race in 2020 following the overdue momentum of Black Lives Matter, we’ve been learning a LOT - including more about the term ‘microaggressions’.

These are everyday comments or behaviours - intentional or otherwise - that communicate derogatory or negative attitudes towards marginalised groups.

No matter how seemingly innocuous, ‘throwaway’ comments hurt Bla(c)k, Indigenous and people of colour (BIPOC) just as much as targeted racist slurs.

The one thing I’ve heard hundreds of times over my 27 years is that I’m ‘so beautiful for an Indian’.

This statement seems well intentioned. But it does so by demeaning my racial heritage with the assumption that Indian people aren’t typically ‘beautiful’ because they don’t conform to widely accepted standards of beauty.

I’ve also often been told graduating with Honours from my degrees in Psychology and Management is ‘no surprise’ because of my Indian heritage.

Attributing intelligence based on race, while again seemingly complimentary, also sets me apart from “everyone else” based on racial typecasts.

Most recently, a man asked me if my parents expected me ’to marry a nice Indian doctor.’ When I politely tried to explain how erroneous and blanketing that statement was, he said he knew what he was talking about because many of his Indian friends experienced that pressure.

I understood, but it was still a judgemental assumption.

Experiencing racial microaggressions so often on a casual basis – to have the point being made time and again that you are somehow “different” - is demoralising and immensely psychologically taxing, to say the least.

For a large part of my life, I allowed these subtle expressions of racism to slide by unchallenged, as I believed they were normal and acceptable.

I felt to exist in a ‘western context’, I somehow deserved these comments due to my ‘eastern roots’ because I was an ‘other.’

As I got older, I realised suppressing my true feelings in response to these comments for so long meant I’d learned to invalidate myself – something I’m still in the process of undoing.

Now, I respond to microaggressions and casual racism with more appropriate responses.

I allow myself to feel what I need to feel and process it, stand up for myself respectfully, and deliver a response with openness and compassion, seeking to educate the micro-aggressor.

It is important for me to give people the benefit of the doubt. This doesn’t mean these comments don’t sting - they still do. These are words you don’t forget - they stay with you and always will.

But they’re no longer as triggering and demoralising.

The thing is, no-one is immune from developing biases around race because we’re born into a society that conditions us to be racist.

So, it starts with understanding what racism is – because it is so much more than overtly hateful or discriminatory words or actions. It’s systemic.

I also think it’s important for non BIPOC to not rely on those of colour to drive anti-racism education. The ability to switch off on racism talk is a privilege, so it takes commitment to learn where you sit on the spectrum, how that benefits you and what you can do to dismantle it.

Start by being sensitive in your language. When I respond to ‘where are you from?’ with ‘Australia,’ I’m always met with, 'No, where are you really from?'.

Tone and words are the difference between making someone feel foreign and showing genuine curiosity. A more sensitive question to ask would be, ‘What is your ethnic background?’

See people through a lens of appreciating their racial experiences, but not limiting them to racial stereotypes.

Maria Thattil is the creator of Mind With Me – an empowerment series on Instagram which inspires women, men and young people to be confident and live their best lives. She is a Melbourne-based human resources manager, part-time model and is the current Miss Universe Australia 2020. The international Miss Universe competition will be held in 2021.

Reply
Upvote
It's a hard one sis, nice to read a similar story to mine.
I have indian heritage but according to most I don't look Indian, as one girl put it I am "not your typical indian-short dark and greasy".
Upon telling people I am Indian I have more than once received the response, "but you're so pretty!".
It's exhausting but you've inspired me to start speaking up.
F
flaka 2 years ago

Reply
Upvote
With so many people now speaking out about racism, and I believe an actual shift in people actually wanting to listen, there has been so many moments where I have had to sit back and ask myself "have I said that?", "have I ever done that?" Your article has had the same effect, have I...no, would I ever, no. Do I understand how belittling it could be..yes, and to be honest I just don't understand why anyone would say it. It is just so bloody rude.
Resources
Very Peri
Skin
News
General
Opinion
True Crime
Politics
Sport
Explainer
Entertainment
Celebrity
Reality TV
Movies
TV
Books
Rogue
Royal
Lifestyle
Beauty
Fashion
Weddings
Home
Wellness
Health
Fitness
Travel
Food
Family
Before The Bump
Pregnancy
Baby
Kids
Teens
School
Parent Opinion
Work & Money
Money
Finance
Career
Lady Startup