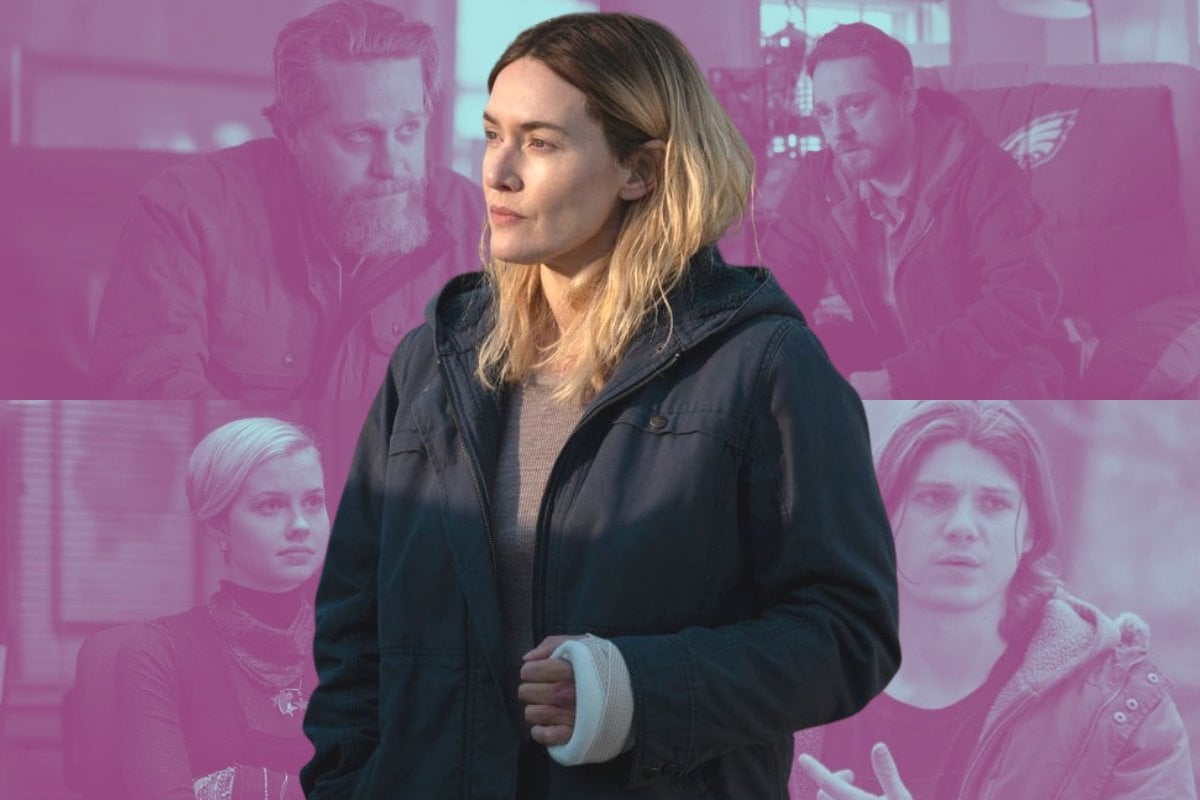 Content warning: This post contains many spoilers for the first season of Mare of Easttown. Read on at your own risk.

When Mare of Easttown premiered on Binge a little over a month ago, we had no idea how hard we'd fall in love with Mare, Helen, Siobhan, Colin Zabel and the rest of the Easttown gang.

The people of Easttown have quickly become like family, albeit a family in which at least one member is a killer/pedophile/rapist.

That's why next week's finale episode is going to hurt.

Erin's killer was never going to be a dodgy priest we hardly knew, or a random man who was holding another two girls captive in his basement.

Erin's killer was always going to be someone who was right under our noses this whole time. Someone who is incredibly close to Mare. Someone she trusts.

Then in episode six, we finally narrowed down the extensive suspect list in Erin's murder.

Mare found Erin's family reunion t-shirt that commemorated the same date as the one on her necklace. She suspected Billy (Robbie Tann) was hiding something. She went to the jewellery store and found out that someone with the last name 'Ross' bought the necklace.

Meanwhile, John (Joe Tippet) and Billy Ross' father told John that Billy came home in the early hours of the morning, covered in blood, the night that Erin was killed.

John then confronted Billy and made him confess to him. John told Lori and then took Billy on a fishing trip.

In the closing scenes, Lori told Mare about Billy, Mare rushed to where the brothers were fishing, and we discovered one of the brothers had packed a gun in the tackle box. Who was planning to take out who?

Meanwhile, Erin's best friend Jess turned up at the police station and showed Chief Carter the photo she had kept from the night they burned Erin's secret journals. Chief Carter looked shook and immediately called Mare to warn her about something.

So we know the killer is going to be somehow related to the Ross brothers, but surely it's not going to be Billy, who is way too obvious at this point, and seems to be the scapegoat. And last big red herring.

Here are my top four theories about who killed Erin on Mare of Easttown:

It was John Ross. 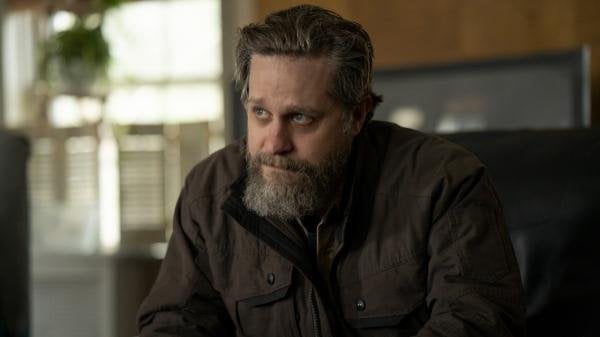 John Ross knows a lot more than what he's letting on. The man has been acting pretty damn suspiciously this whole time. We know he's a cheater and a liar and even if Billy was the killer, he was prepared to cover it up.

John could be the killer for several reasons.

He may have had an ongoing relationship with Erin (which given Erin's age, would have been statutory rape, not to mention incest), or raped her at the family reunion, and is the father of her son DJ.

Perhaps Erin was threatening to tell Lori about whatever happened between them, or maybe she was pressuring John for money for DJ's ear surgery.

Alternatively - and this is a theory I'm really leaning towards - John killed Erin to cover up the fact his young son Ryan was the father of Erin's baby.

Ryan would have been at that family reunion weekend and perhaps he was the one who raped Erin. He's very young but that would only make it more of a shocking twist.

It was Ryan Ross. 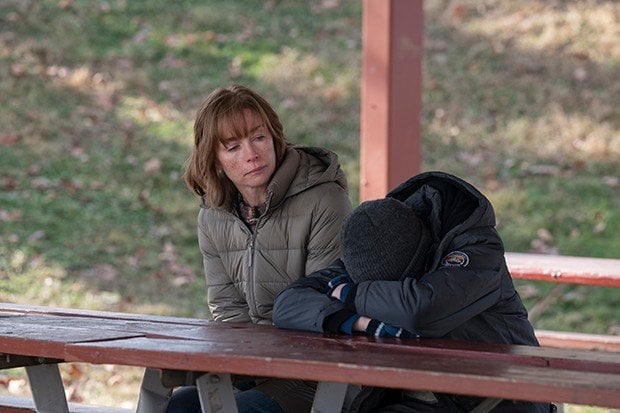 This kid is more involved than we think. Image: Binge.

Related to the theory above, maybe Ryan raped Erin, was the father of her baby, and her killed her to keep it a secret.

Alternatively, Ryan found out that John was the father and he thought it would ruin his parent's marriage, so he killed Erin to make sure the truth never came out.

He was hysterical when he was telling Lori that John was cheating on her again - maybe he had an ulterior motive for getting his father out of the house?

It was Lori Ross. 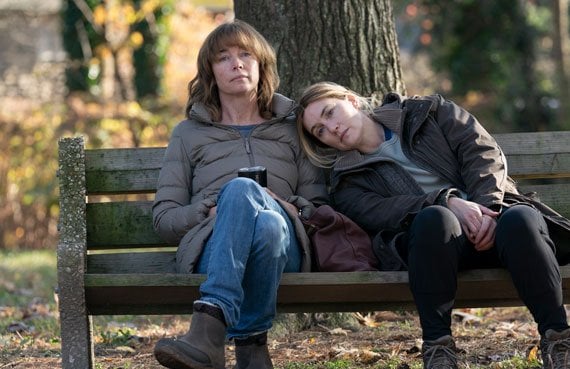 WHAT ARE YOU HIDING, LORI. Image: Binge.

Now this would be a twist we wouldn't forget anytime soon.

Maybe Lori killed Erin because she was threatening to destroy her family.

It makes sense. Erin's body was staged to look like it was a rape and murder, but Erin wasn't sexually assaulted.

Perhaps Lori killed Erin and then called Billy to help her move the body? Or maybe Lori, John and Billy were in it together? Or perhaps Lori and John did it, Billy was at the scene but was so drunk/impacted by drugs he doesn't actually remember what role he played and Lori and John are letting him take the fall.

Lori is the one person Mare trusts. Maybe Lori told Mare about Billy, knowing she would believe her and go to try to apprehend Billy/kill him in the process, meaning the truth would never come out.

If Lori was the killer, it would be the most unexpected plot twist and therefore the most rewarding for the audience.

It was Siobhan Sheehan. 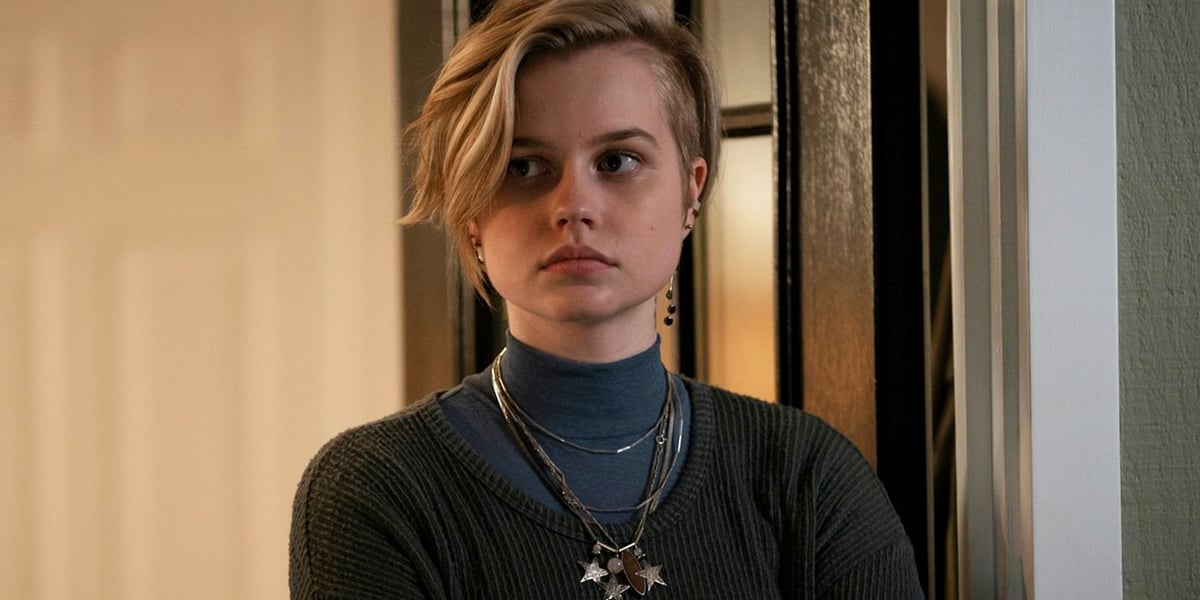 Siobhan's up to something. Image: Binge.

Look, this one is a long shot, but Siobhan is... suss.

And in episode six, she quickly spirals when her new girlfriend doesn't respond to her phone calls or messages.

When she came across Erin in the woods, she tried to ask Erin whether she was ok or whether she needed a lift, but Erin ignored her and took off.

What if Siobhan killed Erin because she was interested in her romantically and she rejected her? It seems like she doesn't cope with rejection well.

Alternatively, we learnt in episode six that Siobhan was the one to discover her brother Kevin's body.

What if Erin was Kevin's first love and something that happened between them led to Kevin's downward spiral and eventual suicide?

Perhaps the photo Jess showed Chief Carter was actually a photo of Erin and Kevin together?

The final episode of Mare of Easttown will be streaming on Binge from Monday, May 31.

Reply
Upvote
OMG! After read these theories I TOTally think its LORI!!!!!