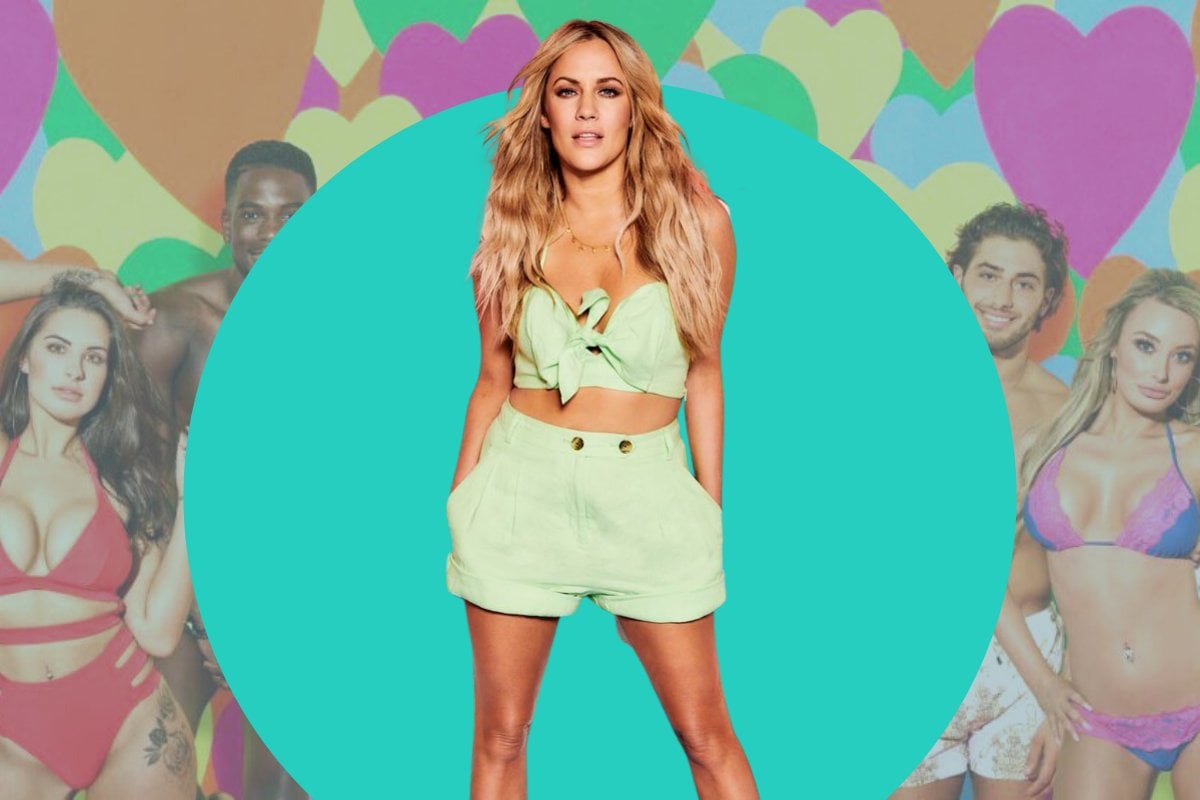 This post deals with suicide and may be triggering for some readers.

In its flashy TV promotions, Love Island boasts of a sexy escape for even sexier singles looking to fall in love in paradise. It's all neon bikinis, sweaty abs and pouting lips.

The show then follows the cast closely, filming their hook-ups, break-ups, fights and everything in between as the cameras roll 24/7. In fact, the only place they aren't filmed is the toilet - and even then they still have to wear their microphones.

While that's an act of over-exposure in of itself, it's a small taste of what the contestants deal with once they leave Love Island.

Once 'out of the villa' the contestants are catapulted into a foreign world of paparazzi, millions of Instagram followers and tabloid headlines that would make even the strongest of individuals crumble.

The focus is on the individuals' bodies, faces and romantic failures and there is very little room left for their own voices, thoughts, feelings - let alone any consideration at all for their mental health.

Relationships are prematurely accelerated, jobs are lost and these 'normal' people are thrust into a spotlight that is determined to blind them.

Which is why it comes as little surprise that within 18 months, three people associated with Love Island UK have ended their lives.

The Love Island deaths so far.

Caroline Flack, the former host of the show, is the most recent. The popular television presenter was found dead in her London apartment, with a lawyer for her family confirming she had died by suicide.

Since 2015, Love Island UK has been one of the most popular reality series’ Britain has seen. Viewers watch as 12 contestants enter a villa and “couple up” with each other as they try to find their perfect match. New contestants come in and “islanders” are voted off, until one couple remains.

In 2017, more people applied to be a contestant on Love Island than to attend Oxford or Cambridge University. In 2019, the episodes averaged five million viewers each night.

The coveted positions of contestants are seen as career catalysts for lucrative influencing deals. However, as is now clear, going on the show is also potentially dangerous for one's mental health.

On June 20, 2018, Love Island contestant Sophie Gradon was found dead in her parents' home in north-east England. She was 32 years old and had appeared on the series two years prior.

An inquest into her death confirmed Sophie was under the influence of cocaine and alcohol when she took her life.

In her final interview before her death, Sophie spoke of the "horrific" bullying she was a victim of after leaving Love Island.

"There would be so many negative comments. They are commenting on the way you look, the way you talk. They would come up with an opinion of you on a TV show where they’ve watched you for 45 minutes," she said.

"And you’ve probably only been on 10 minutes and its cut down from 24 hours. It was very hard to deal with because you take it like you’re being judged. It can really get into your mind and really affect you.

"The harsh reality is, it can end up with that person taking their own life."

Three months after that interview, Sophie Gradon took her own life. She was found by her boyfriend, 25-year-old Aaron Armstrong. Just 20 days after discovering her dead body, Aaron Armstrong also took his own life.

The 26-year-old reality star, who appeared on the 2017 season of Love Island, was found dead in a park by a jogger near his North London home.

An inquest into his passing confirmed he died by suicide.

His friend and fellow television personality Mario Falcone said that Mike went "from being a normal guy, to a celebrity, to a 'guy that was on that show' - within the space of six months to a year. That's a lot to deal with".

"Love Island have got to open their eyes to this," Falcone added. "They've got to look at themselves and the way they treat their stars."

Two months later, in May 2019, ITV released new duty of care guidelines for their contestants' wellbeing and offered contestants "training on dealing with social media". The same year, due to the wildly successful ratings of Love Island, ITV announced they would now have two seasons a year, instead of one - offering up a 'winter' edition of the show.

Caroline Flack was announced as the host of the winter series, however in December of last year she was charged with assaulting her partner, tennis player Lewis Burton. Due to the media storm that ensued, Caroline Flack decided to step down from the hosting duties until further notice.

She pleaded not guilty to the allegation, and her boyfriend Lewis Burton defended her: "I'm tired of the lies and abuse aimed at my girlfriend. This is not a witch hunt, this is someone's life. Caroline is the most lovely girl. Loyal and kind. She doesn't deserve any of this."

She was due for her trial, But on a harrowing Saturday morning, Flack instead became the third person in less than two years to die after appearing on Love Island.

Listen: What is life really like after reality TV? Mamamia's daily podcast The Quicky investigates. Post continues below.

In the wake of her death, the media coverage relating to Caroline's abuse allegation has been largely criticised.

On Valentine's Day, one day before her death, the same publication published an "exclusive" story highlighting a card with a drawing of the presenter accompanied with the words, "I’ll f**king lamp you".

Following the news of her death and amid widespread condemnation for how the media reported Flack's abuse allegation, that story has since been taken down. The article was just one of hundreds – if not thousands – in which Flack was targeted by tabloids.

But beyond the publications, ITV – Flack's former employer – has also received criticism.

"Caroline was hung out to dry by ITV," Dan Wootton, Executive Editor of The Sun, has said in the wake of her death. "She was distraught they didn’t stand by her. And distraught about the lack of support she was given. Caroline and I were devastated to attend the funeral of our friend Mike Thalassitis last year."

"I cannot believe we are here again."

For more on this topic, read:

Is this Love Island's doing though? I'd say it's more that a reality TV show like that attracts unhappy, insecure people who crave fame, and approval and a desire to be 'liked'. Anybody who goes through life like that is automatically vulnerable, so idk.

Reply
Upvote
@Von I think it's a combination of everything. As you say, vulnerable, needy people, mixed with a tv show which is all about ratings, and will edit and manipulate people to get them. Then the  traditional media, which will write whatever gets the most clicks, and social media, which feeds off it all. It's a nasty, toxic soup, and anyone with the least bot of sense would do well to avoid it all.
G
Guest 2 years ago

To want to be on reality TV at all is a red flag. One might reasonably expect there's a higher proportion of people with mental illness and personality disorders drawn to being reality TV/social media famous - so perhaps these suicides are sadly not surprising, given that that population is at a higher risk of self harm and suicide. Perhaps the more responsible move by TV executives is to phase reality TV out altogether if they can't or won't reliably exclude vulnerable people during the audition process.