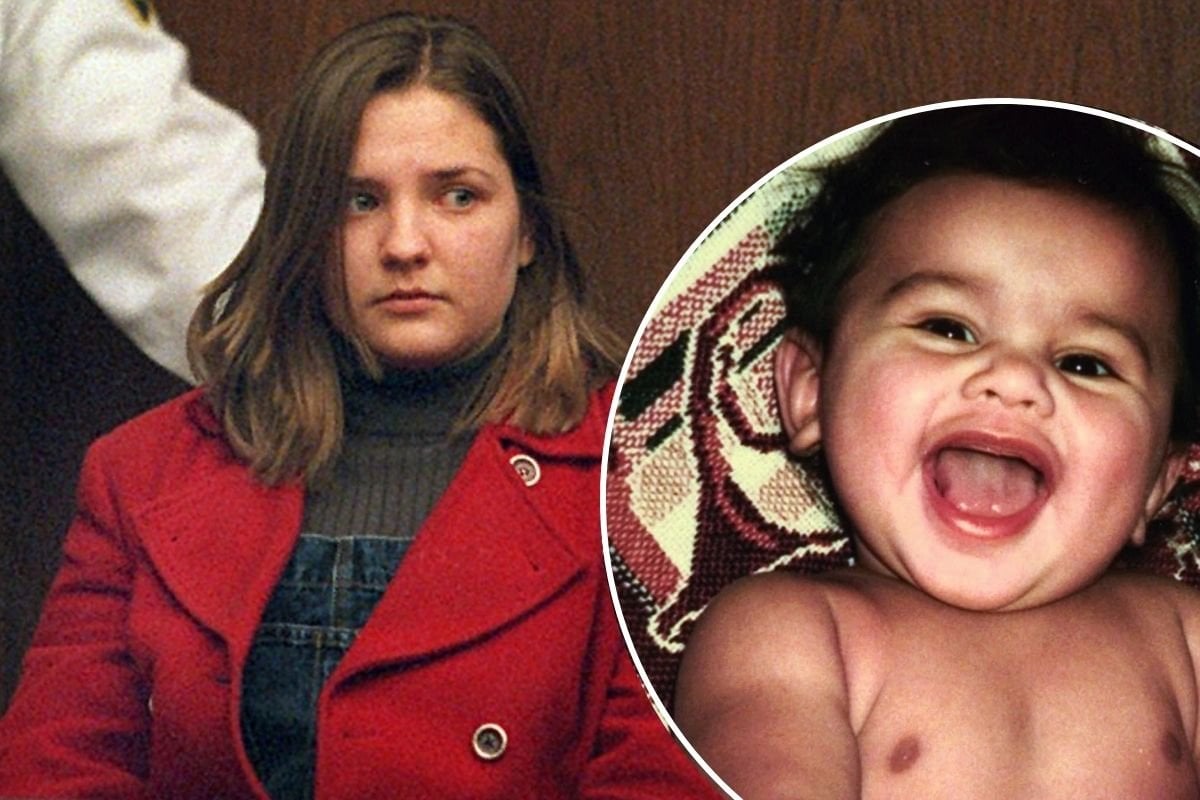 This post mentions child abuse and murder and could be triggering for some readers.

It was a case that captured the world in 1997 - everyone had an opinion on the 'killer nanny' as she prepared to go before a jury, accused of violently shaking a baby to death.

Louise Woodward was a British au pair who had been living with and working for the Eappen family in Newton, Massachusetts, for not even two months when baby Matthew died.

The excited 18-year-old had arrived on American soil keen for a new adventure. But as Matthew's mum Deborah would tell her trial, within a month they were questioning her interest in the job, patience with their kids and dedication to the role. She would stay out late and not be ready in the mornings when they needed her.

Deborah Eappen, a part-time ophthalmologist, and her husband Sunil Eappen, an anaesthetist, had two sons; Brendan and Matthew. When Louise moved in they were two and nearly eight-months-old.

WATCH: The case has been revisited on 60 Minutes this week. Post continues below.

She told the operator baby Matthew was "barely breathing." She thought he might've choked on his own vomit after being put down for a nap.

He was rushed to hospital where medical experts discovered much more severe injuries on the eight-month-old, including a fractured skull and internal bleeding. He fell into a coma and died a few days later.

Doctors believed Matthew's injuries were due to him being shaken, and Louise was subsequently arrested and charged with murder. 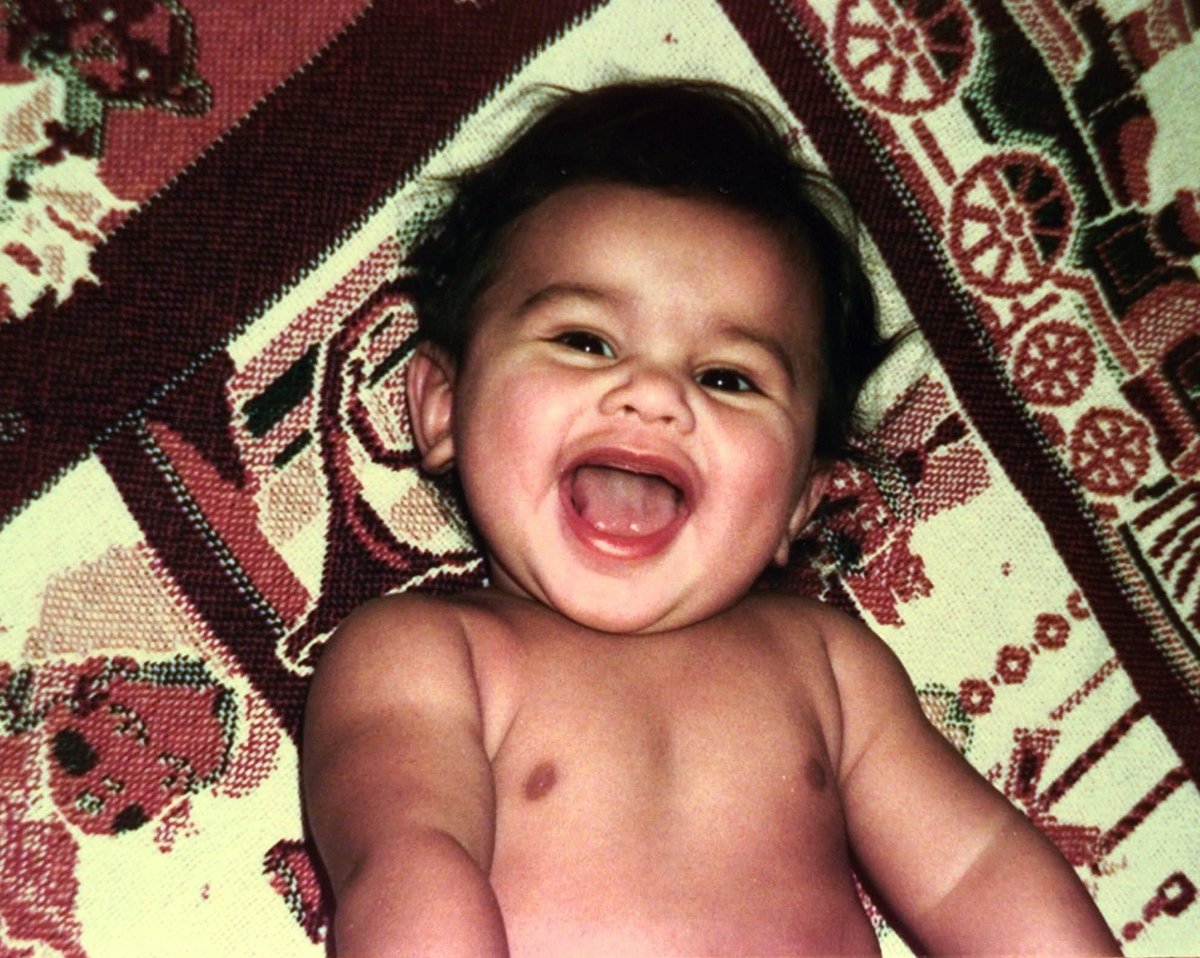 The case was the subject of a media frenzy, and that only grew as Louise became the first British person to have her trial shown live on UK TV.

The story had all the perfect ingredients to create eye-catching headlines, and it wasn't just about Louise. There was extensive media commentary about Matthew's parents too, and about whether they should have left the baby alone with a teenager. About whether Deborah was an "absentee mum" for choosing her career and money over her babies.

The prosecution's case relied on a condition called 'shaken baby syndrome', diagnosed when doctors saw a particular set of symptoms in Matthew known as the triad; bleeding behind the eyes, bleeding on the brain and brain swelling. They concluded the only possible cause for Matthew's death was shaking.

25 years on from the trial, several key players have spoken to 60 Minutes about the case, with Dr Ron Uscinski, neurosurgeon and expert witness for the defence, reiterating that there were no bruises on the little boy's ribs, chest and arms.

"That's a little bit unusual if you're going to invoke child abuse and particularly in regards to the so called shaken baby syndrome... you're going to grab an infant by their torso and you're going to be squeezing them. And even if they're wearing clothes, you're going to have grip marks, you might fracture a couple of ribs. And you're sure as heck going to injure the neck... but there wasn't any of that."

Dr Gerald Feigin, who conducted the autopsy on baby Matthew, gave cause of death at the time as 'blunt force trauma,' concluding, "Matthew Eappen either had something struck against his head, or his head struck against something forcibly enough to kill him."

But there was no mention of shaking in his report, and in defence questioning, he confirmed there was no sign of it. As he told 60 Minutes, he told the court he believed Louise was responsible for Matthew's death. He just disagreed with the claims of shaken baby syndrome. 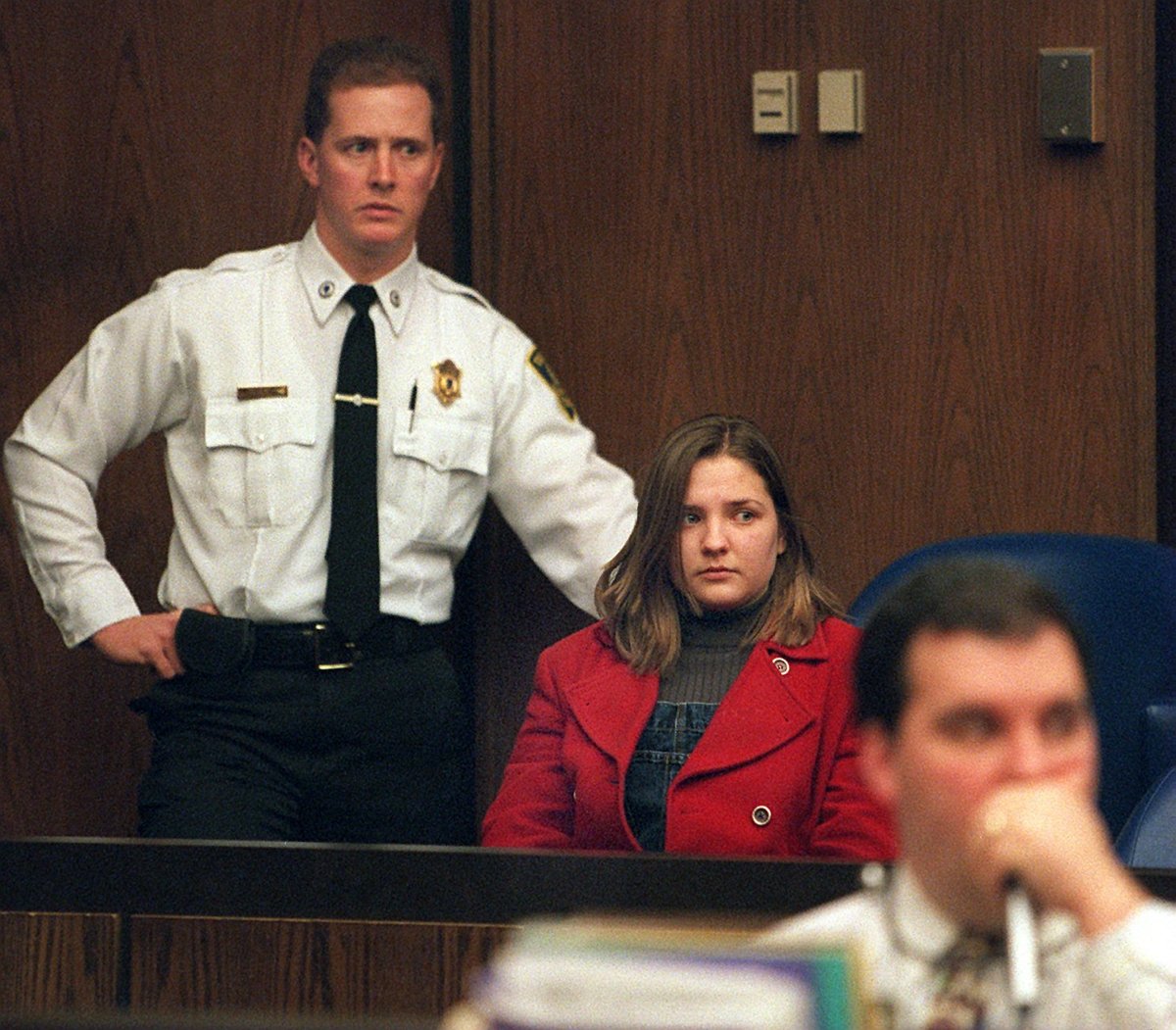 Louise Woodward was 18 when she was arrested and charged with murder. Image: Getty/Bill Greene/The Boston Globe.

Louise's defence argued that the injuries to Matthew's brain were not caused that day in February, 1997. They had experts tell the court that it could have in fact been quite some time in the past when the little boy was hurt.

"It was quite clear to me that this was not a fresh injury, it was an old one. And it was clinically impossible to inflict that injury on that day," Dr Uscinski reiterated on Sunday night.

As he told 60 Minutes, even mild head injuries can cause bleeding on the brain known as 'subdural hematoma,' and the reaction can be delayed.

"Sometimes the subdural will get slowly bigger and then there'll be a turning point... where something happens, either another trivial injury or a seizure, and the child becomes very sick."

Louise had described Matthew having difficulty sleeping and eating, screaming a lot and being lethargic in the hours before she found him not breathing properly; all symptoms of a previous injury, pointed out the Channel 4 documentary, The Killer Nanny: Did She Do It?

Looking back on the trial even now, Louise's lawyer Barry Scheck told 60 Minutes, "We believed from the very beginning, as the evidence came in, that any reasonable juror would have reasonable doubt."

That was the opinion of many audiences in both America and England at the time too, although there were still plenty who believed the young nanny was guilty. 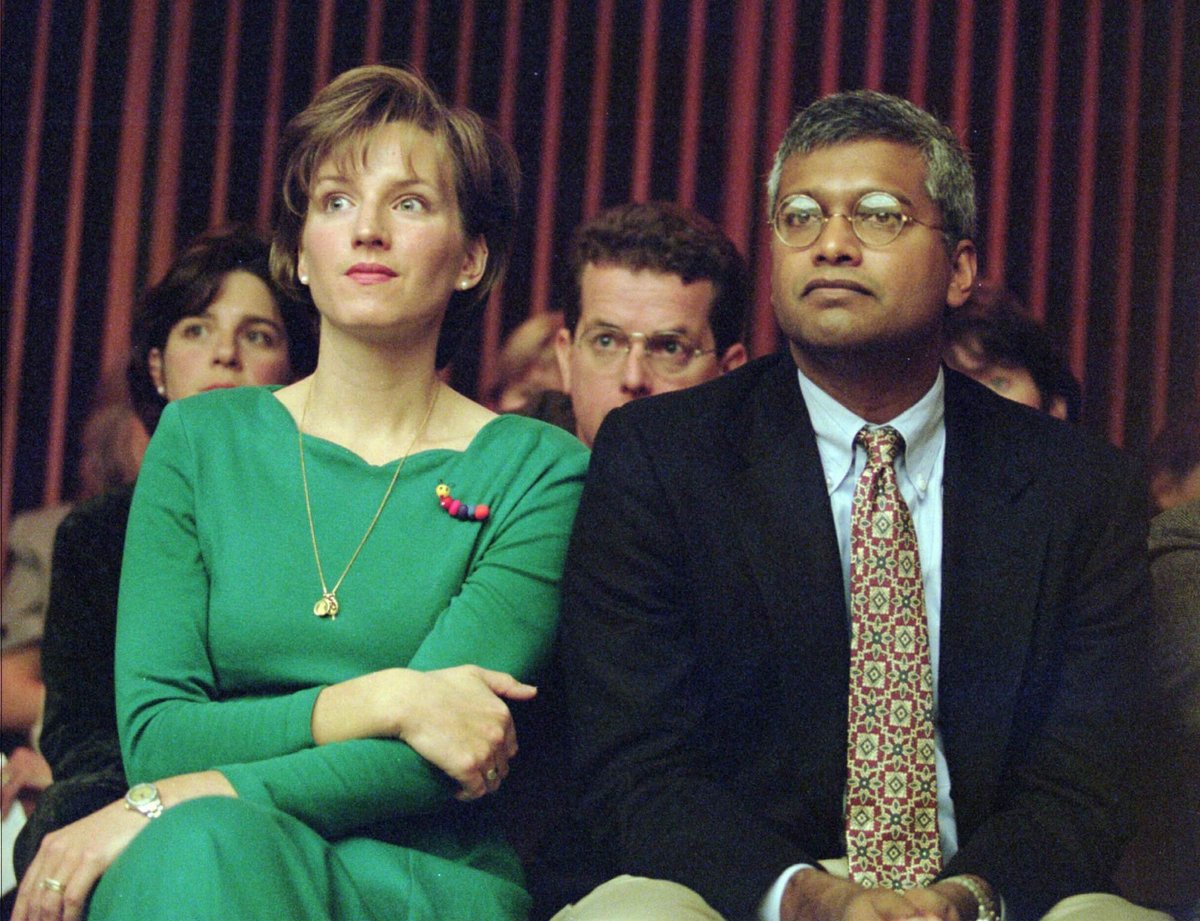 The jury that decided Louise's fate was made up of 16 people, four of whom would be chosen as substitutes and excluded from deliberations.

As 60 Minutes pointed out, at least four of the jury had science or business backgrounds, and they were the four names picked out as alternate jurors. The defence believed this greatly affected the result, with reports confirming at the time the jurors not in the room were furious when the result was read out.

On October 30, 1997, after 26 hours of deliberations, Louise was found guilty of murder in the second degree and sentenced to 15 years in prison.

As the verdict was confirmed she could be heard asking her defence team through distraught tears, "I didn't do anything... why did they do that to me?"

"To have an innocent client convicted, it was just horrible," Scheck told 60 Minutes.

After the sentence, protests in Louise's favour began in both the UK and America, and a post-conviction hearing saw her conviction dropped from murder to manslaughter. She was released from prison with time served. She'd spent 289 days behind bars when she walked free.

Louise returned to the UK and moved on with her life. Now, in 2022, she's in her mid-40s, a lawyer herself and has a young child. She stays out of the public eye, and as her former lawyer told 60 Minutes, she prefers it that way.

But her case remains contentious.

Dr Feigin is among those who still believes, to this day, that the jury got it right.

However, one key doctor who testified for the prosecution during the trial has since changed his mind - recognising that the science that led to his testimony was contrary to the facts, and not evidence based.

"Because we were biased by the triad representing shaken baby syndrome, we would not believe the (other) story," he said.

As for the Eappen family, they went on to have two more children and they set up the Matty Eappen Foundation at the Boston Children's Hospital, to educate people about shaken baby syndrome.

G
goodallallison a month ago

Reply
Upvote
So I still don’t really understand this case. Do they think the Nanny might have done something to harm the baby much earlier, and not the day of his ambulance trip? Why did they never investigate the cause of his skull fracture? Wouldn’t the defence have put forward an alternative cause? As in he fell, or he was harmed by another family member etc etc. The focus was on the injury but if it was so strongly refuted that it was not a new injury, then how was that not addressed at the time?
C
cat a month ago

Reply
Upvote
@goodallallison  the defense's case was that it was an old injury therefore it could have been caused by someone else, primarily one of the parents. The prosecution was based on the fact that the doctors said it must have been caused within hours, which would mean only the nanny could have done it.

As for how the verdict- thats the issue with jury trials. Sometimes they believe the prosecution who say that the teenager was a cruel baby killer because she didn't want to get up in the morning. And studies show that they very rarely understand medical evidence & if there are two medical experts who give opposing testimony they just go with whichever one they like better.
L
lizbette a month ago

Reply
Upvote
7 upvotes
Sorry - but being a working mother was no big deal back in the 90s. I don't know where younger people get this idea that somehow their generation revolutionised everything. It was the mid 90s not the mid 60s.
M
mamamia-user-482898552 a month ago

Reply
Upvote
1 upvotes
@lizbette I was going to say the same thing! I'm not sure what kind of whack filter is being used to understand the (quite recent) past here...
C
cat a month ago

Reply
Upvote
2 upvotes
@lizbette this isn't about "younger people thinking they revolutionised everything". She literally got heaps of criticism for having returned to work and left her baby with a nanny. Thats just a fact. Yes, it was the 90s- the same era that trashed Monica Lewinsky and re-elected Bill Clinton- it wasn't exactly an era of feminist enlightenment.

You can literally see comments on this website where people say that mothers who put their kids in childcare are negligent and its unnatural- I have no doubt that if this case happened today there would be thousands of articles written about the dangers of career driven mothers.
D
Deleted a month ago

D
Deleted a month ago