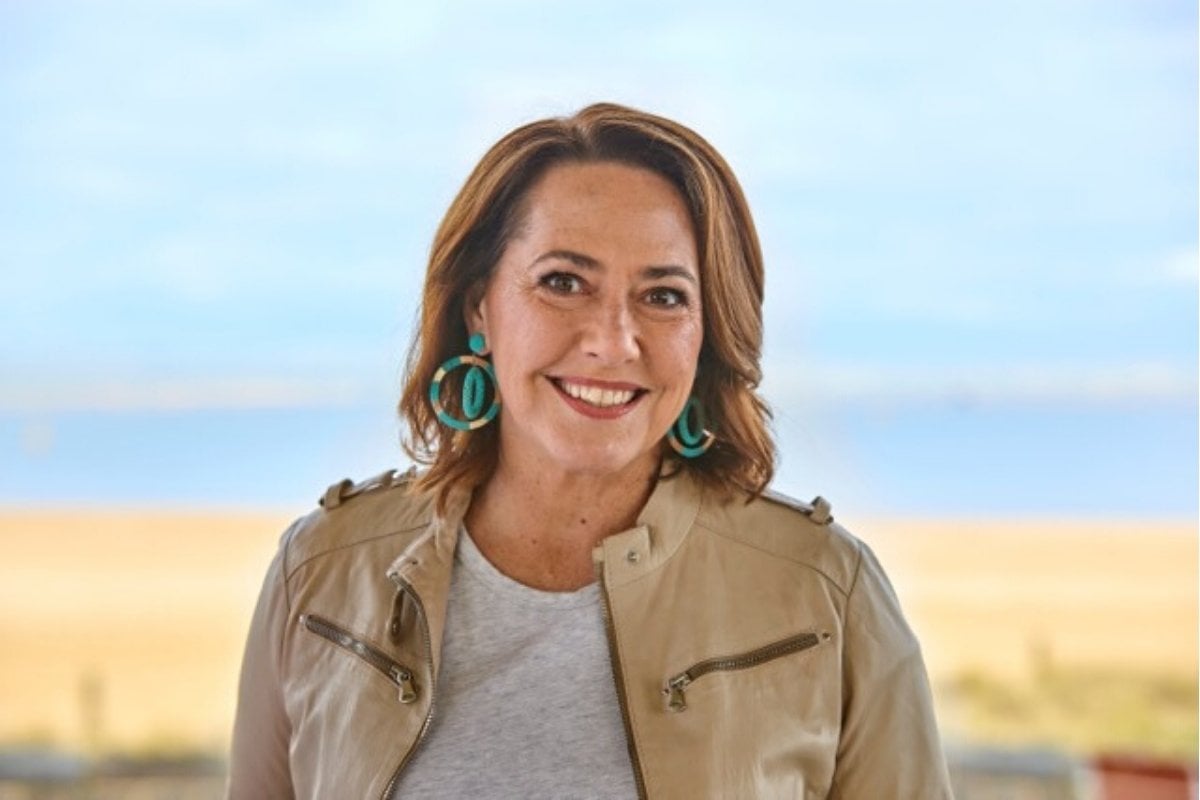 The following is an edited extract from Lisa's new book, Learn to Fly.

Fish is a dish best ordered in a restaurant. Any attempts I’ve made to prepare it at home rob it of its flavour and juiciness. The skin never crisps but retains a soggy grey texture that is unappealing on the plate. And I also tend to make a mess.

One of my colleagues in the DC bureau, Michael Vincent, once asked me if I was ever worried about cooking fish when I lived alone and could choke to death on the bones.

I’m not sure what assistance a cat could have offered but I could confidently say the thought of scrambling to remember how to cough out fish bones while the oxygen drained from my body, leaving me slumped over my dining room table, had never, ever, crossed my mind. Once it was there though, it had the effect of creating suspicion about seafood.

But at the end of 2016, I was ready to make some changes and cooking fish at home again was one of them. A little over a year had passed since I’d begun my posting in Europe and the bureau had already covered half-a-dozen terrorist attacks. One of the worst was in Nice in July 2016. An Islamist terrorist drove his nineteen-tonne truck into crowds celebrating Bastille Day and killed more than eighty people, including ten children.

I had been having a beer at the pub with my fellow correspondents James Glenday and Steve Cannane. It was one of the first times the three of us had managed to get together. Steve was the newest recruit, and it had been so busy we hadn’t been able to welcome him properly.

He’d arrived into a vortex of news that even he admitted was a steep learning curve as the Brits decided to leave the European Union in what was quickly nicknamed Brexit. The international ramifications were huge, and we’d been working around the clock.

On that day we felt we could draw a line under the story, for a while at least. Theresa May had become prime minister hours earlier, replacing David Cameron who’d been forced to fall on his sword over his handling of the referendum. The story requests from Sydney had already started dropping off.

It was a warm evening, and we stood outside watching the young suits who worked around Westminster down their schooners. The pub was so close to Parliament House it had an old bell inside which would ring if the chambers were being recalled and any wayward politicians were needed for a vote on the floor.

He paused before adding, "Does it get busier than this?"

Ha! It sure does I told him as I finished the last mouthful and headed home. The Tube was hot and crowded on that summer’s night but when I got off at London Bridge for the ten-minute walk home along the Thames the air had started to cool and picnickers were packing up.

I kicked off my shoes and slumped on the couch with Philippe to watch the late news. The headlines were dominated by the new prime minister.

A young Sydney producer whose name was unfamiliar rang me to say he’d seen reports of a truck crash in Nice on social media and asked if I knew anything. I didn’t take a lot of interest. It didn’t sound like much and there was no breaking news strap across the bottom of the BBC news. After the Paris attacks we’d had several false alarms from enthusiastic producers back in Australia who didn’t want to be the one to have missed something.

But within fifteen minutes it was clear something catastrophic had happened. A large truck was deliberately driven into hundreds of people celebrating Bastille Day along the Nice promenade.

Eighty‑six people would die and almost 500 would be injured.

I told the foreign desk in Sydney I’d grab a cab and head back into the office with my ‘go’ bag just in case.

Listen: After decades telling other people's stories, Lisa Millar shares her own.

Sydney rang again. James and Steve weren’t answering their phones and weren’t at home. "They’re just a couple of blocks from the office," I said, "I’ll get them," not letting on they were probably now a couple more schooners along than when I left them. But nothing sobers you up like a breaking story and they were both on air by the time I got back to the office.

We ribbed each other about jinxing our one night off with the conversation about busy bureaus.

Our producer, Emily, found a 2 a.m. flight from Stansted Airport and snapped up seats before CNN and the big networks booked out the flight.

The plan was for James or Steve to come with me. They were both incredibly capable reporters, but I was under instruction from Sydney to make sure I was still part of the first response until they settled in.

It was well after midnight when I rang home and told Philippe, who’d moved from Washington to be with me in London, that I was heading off – for how long, who knew?

I’d barely been home since taking on the job.

His response made me baulk. I then made a call I hadn’t made in all of my previous years overseas. I rang one of the senior editors in Sydney, someone I considered a friend, and told him, "I don’t think I can go. I reckon I’ll bugger up my relationship if I do."

I had always put so much pressure on myself, remembering Dad’s emphasis on work ethic, trying to do the right thing, to keep showing up, to not let people down that it seemed unthinkable to pull out of an assignment at that point in the night.

But given my track record of making the ABC the priority over my personal life, I knew something had to change.

This is an edited extract from Daring to Fly by Lisa Millar published by Hachette, RRP $32.99.