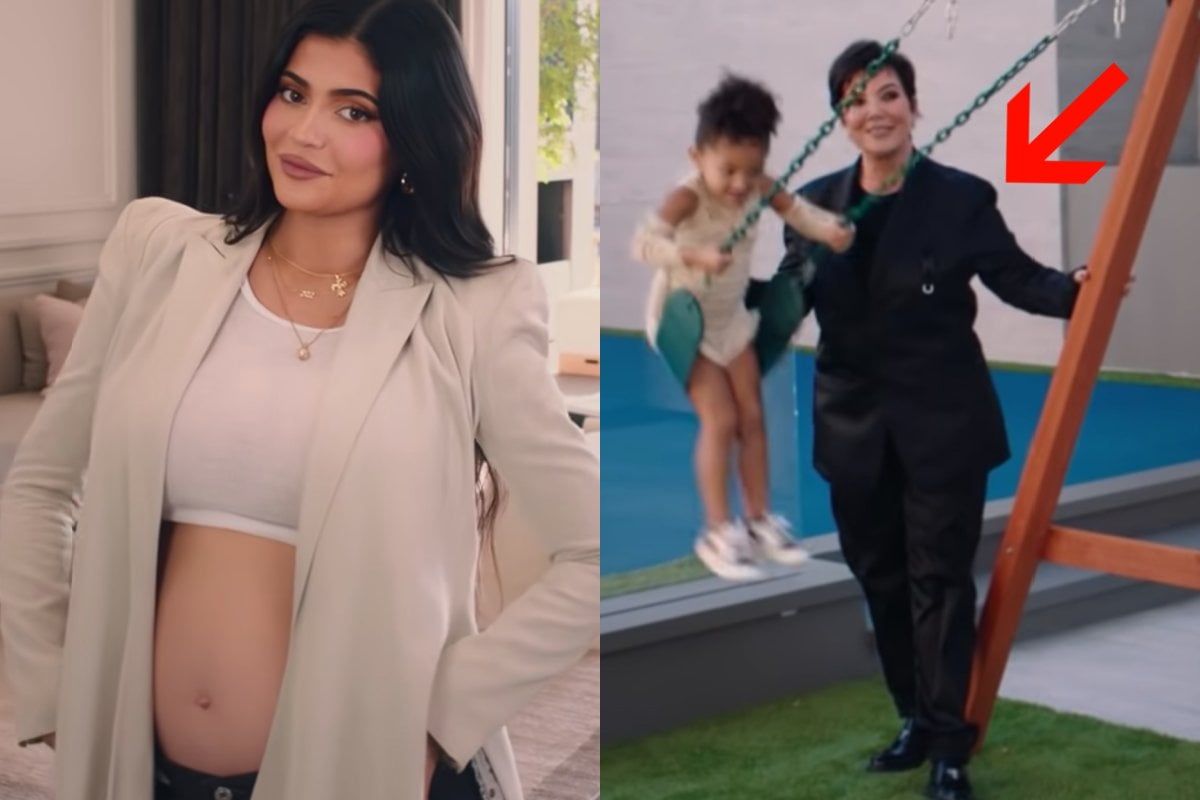 Earlier this week, Kylie Jenner became the third Kardashian/Jenner to appear in Vogue's popular video series 73 Questions. (In case you're wondering, Kim and Kendall have previously taken part in the series).

She took interviewer, Joe Sabia, through her $50 million Los Angeles mansion, answering questions about her day-to-day life, her various businesses, her three-year-old daughter Stormi, and her pregnancy with baby number two.

The seven-minute video was pervy, sometimes awkward, and full of tidbits we didn't already know about the 24-year-old makeup mogul.

To save you sitting through it, here are eight things we learned from Vogue's video, 73 Questions with Kylie Jenner.

1. Kylie Jenner starts her day with something sweet.

When asked what she normally has for breakfast, we assumed Kylie would say something like avocado on toast or muesli. But instead, she actually opts for something a little sweeter.

"My favourite breakfast is something sweet, like a cinnamon roll or coffee cake," she shared.

While Kylie occasionally shares glimpses of her $50 million home on Instagram, this interview gave us a good look inside the resort-style house in Holmby Hills, California.

And my goodness, it's massive. 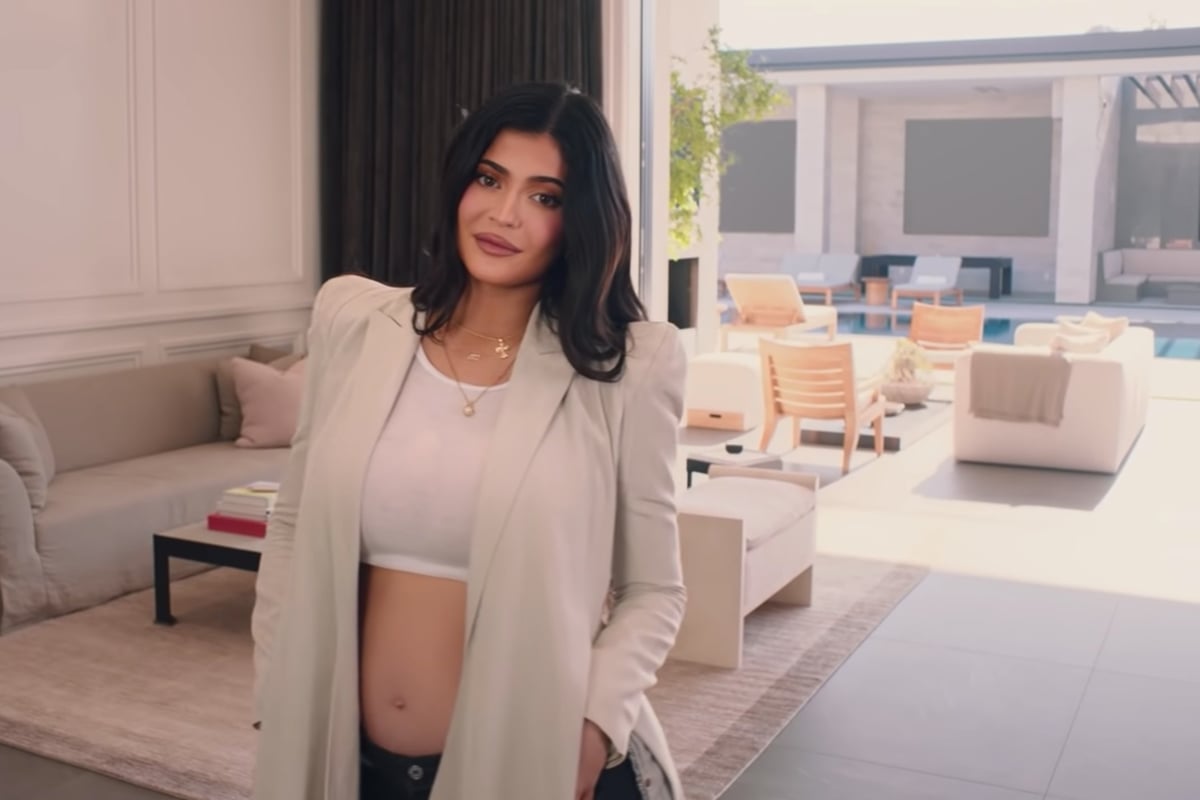 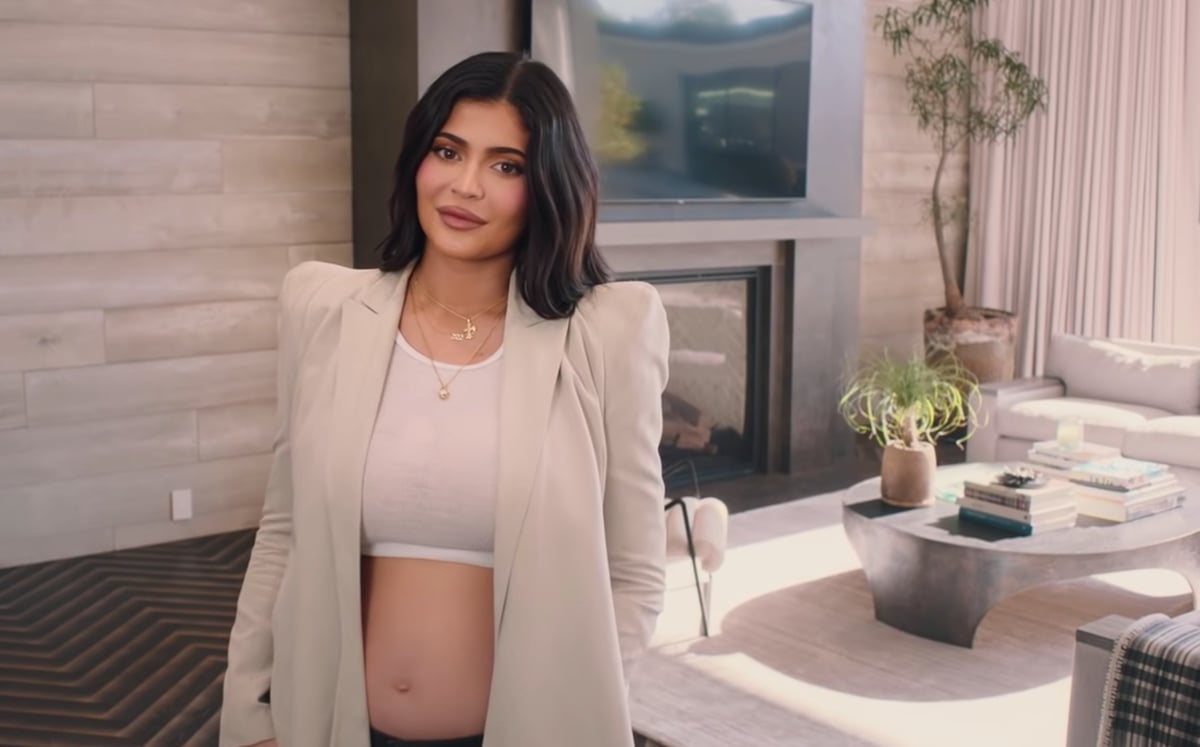 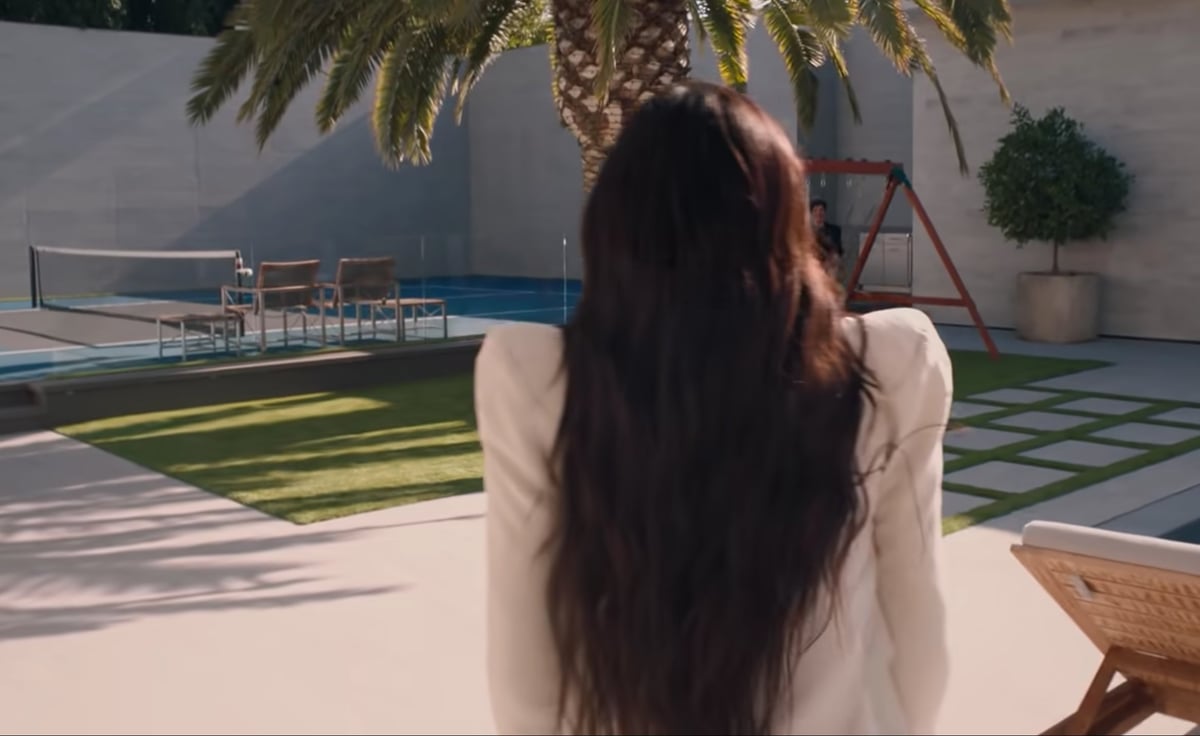 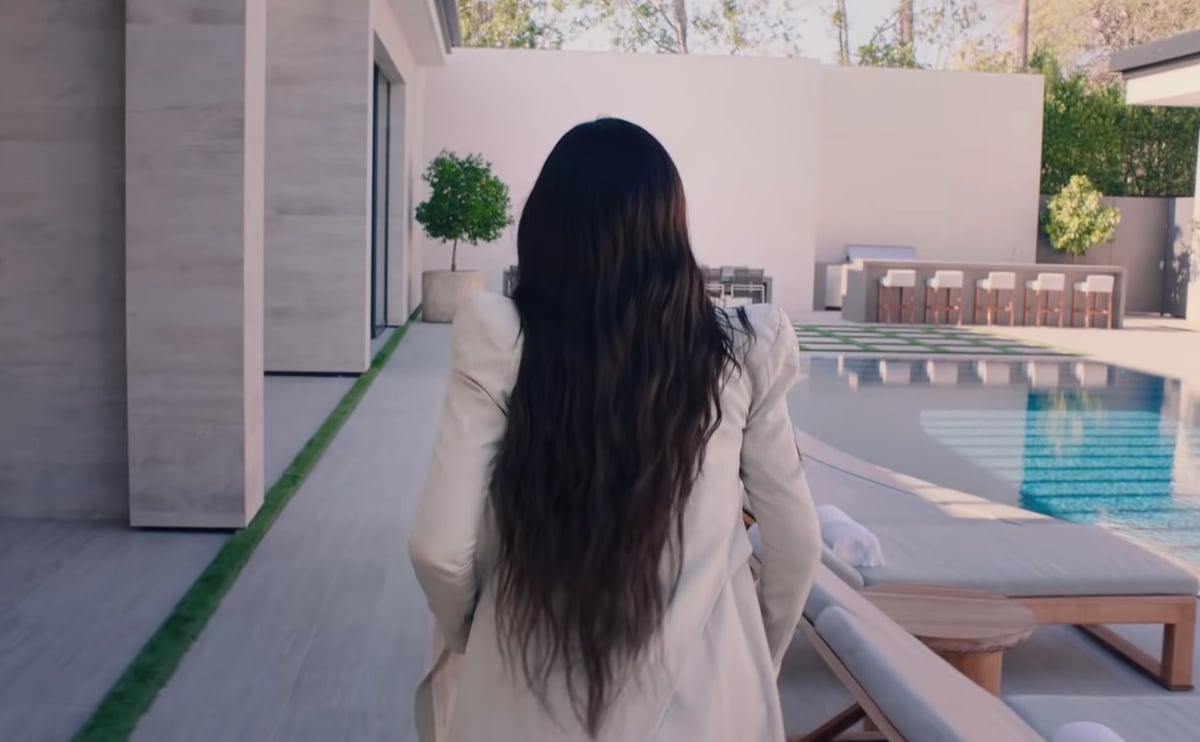 The pool IN THE MIDDLE OF THE HOUSE. Image: Vogue. 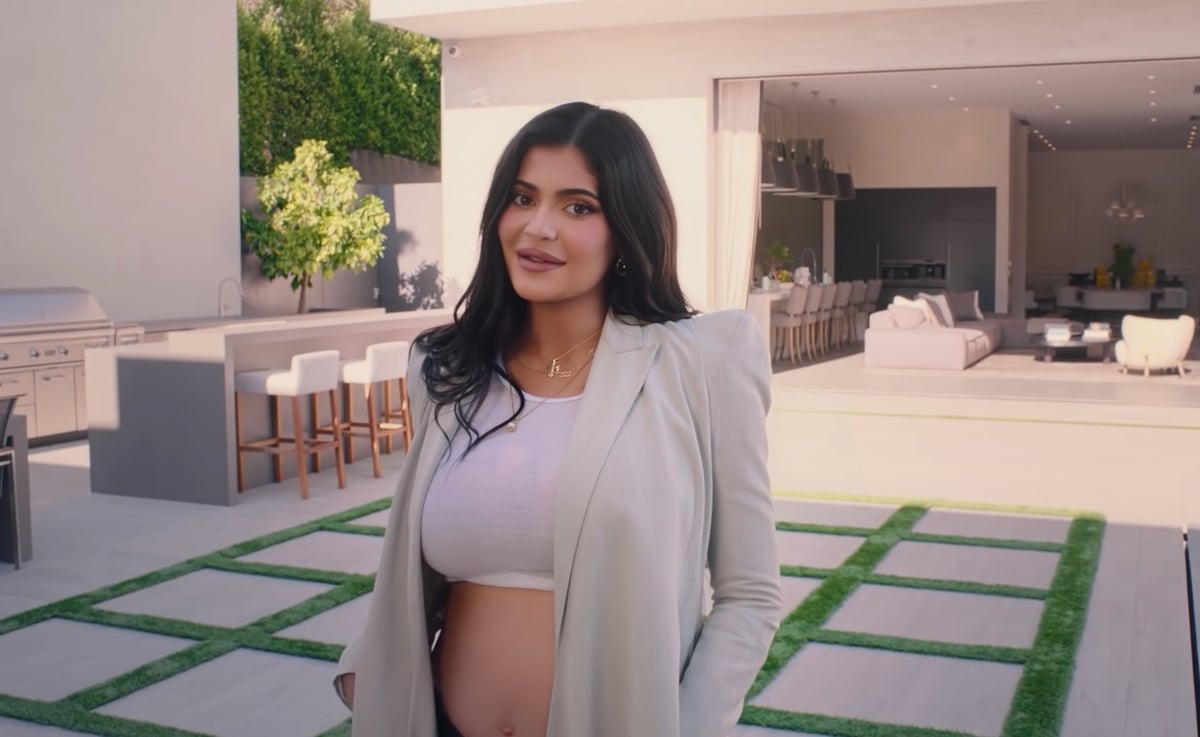 And an outdoor entertaining area. Image: Vogue. When asked what she loves most about the house, the 24-year-old had the most LA response: "I love the energy in this house."

Of course, that's it.

During the interview, Kylie was asked if there was anything she wishes the cameras hadn't caught while filming Keeping Up with the Kardashians.

If that doesn't ring a bell, the moment Kylie is referring to happened at the beginning of the first season when she and Kendall Jenner showed off their pole dancing skills as tweens after Kris Jenner set one up in her bedroom.

After taking Sabia through the house, Kylie walks outside to find her mum pushing Stormi on her swing set. And sorry, but Kris Jenner looks so out of place.

She stands there smiling while pushing Stormi, but we can't help but wonder whether the momager has better things to do. 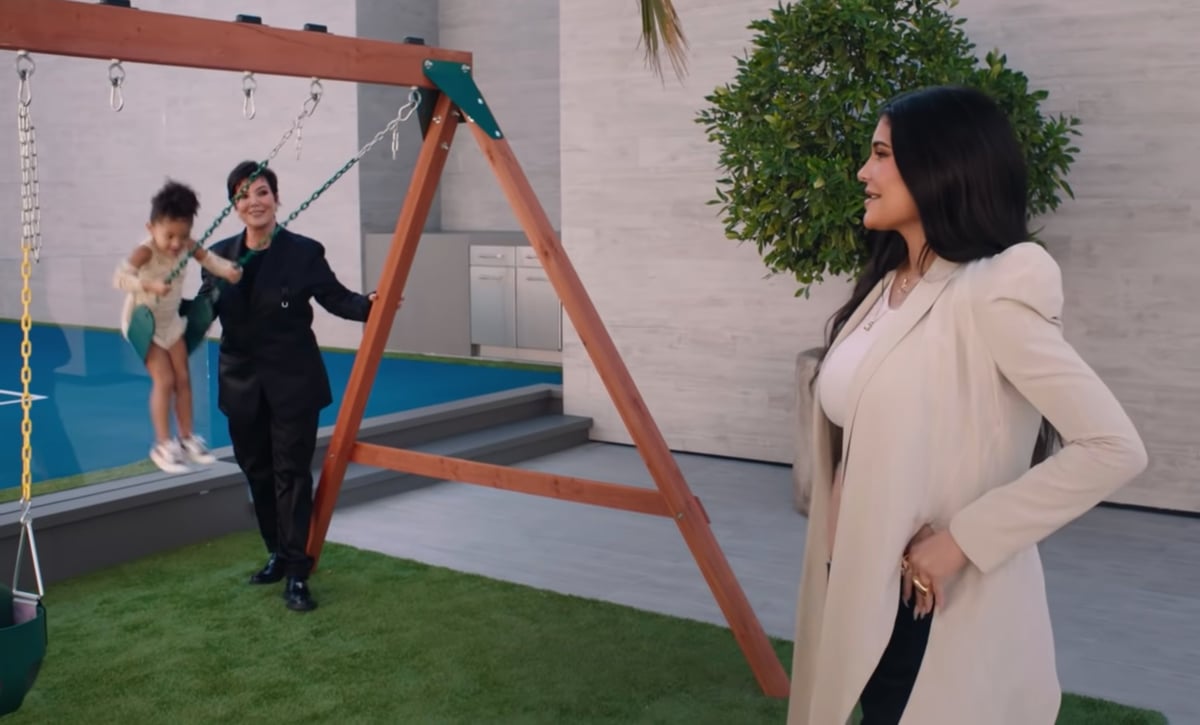 Kylie, I have an empire to look after, pls. Image: Vogue.

She then asked a question of her own: "What was the thing you learned about yourself when you became a mother?"

To which Kylie answered, "Just how much patience I have."

5. What Stormi's first word was.

When asked what her three-year-old's first word was, Jenner shared it was the name she calls her dad, Travis Scott.

Last month, Kylie announced that she and Travis were expecting their second child together.

During the interview, she was asked about her favourite food and her pregnancy cravings.

"My favourite food is sushi but I can't eat it right now, so I'm upset," Kylie shared, before telling Sabia the food she's craving while pregnant.

7. Stormi picks out her car every day.

This question showed just how different the Kardashians' lives are to basically everyone else.

Towards the end of the interview, Kylie was asked, "Which of your cars do you drive the most?"

She responded: "I actually let Stormi choose. She likes to choose my car every day, so it's in her hands."

8. She doesn't know the gender of her second baby.

Unlike her first pregnancy, Kylie Jenner hasn't kept this one a secret. But there is one detail she hasn't shared: the gender.

When speaking to Sabia, she said that's because she and Travis Scott don't know it either.

"We decided to wait," she said.

Watch the full 73 Questions with Kylie Jenner video below.