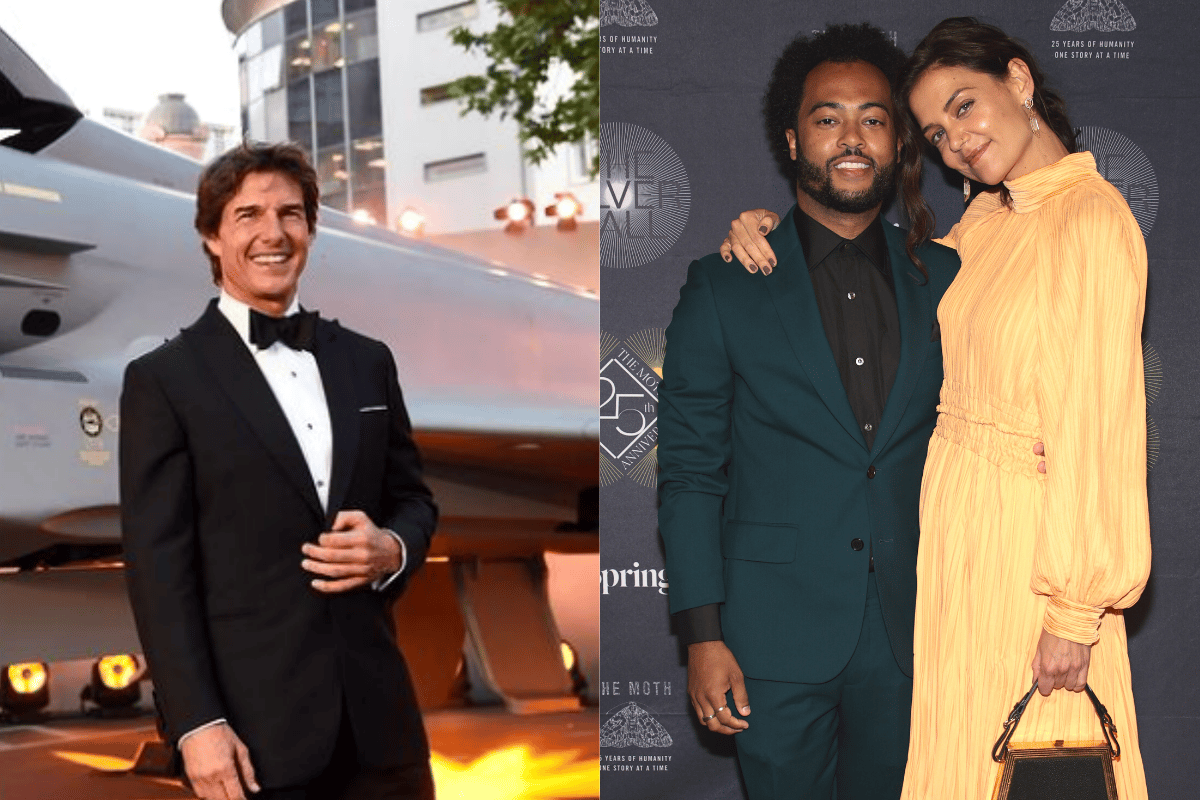 One was there to promote the sequel to the movie which made him a household name. The other quietly introduced her new boyfriend to the world.

The latter is having a renaissance of sorts, thanks to Top Gun: Maverick. The hit sequel has had premieres across the globe, most notably in the UK and at the Cannes Film Festival.

And the guest list has been star-studded to say the least, with Kate Middleton and Prince William seen happily chatting away to Cruise.

And while Cruise was having his moment in the sun, Holmes was having a moment of her own too.

Holmes and her new boyfriend Bobby Wooten III appeared on the red carpet together at a gala in New York, with Wooten telling the press: "I'm happy to have Katie here as my date."

Wooten is a musician/composer who has worked with Moulin Rouge! The Musical on Broadway, performed at Coachella and been nominated for a Grammy Award.

A source close to the couple told PEOPLE that Wooten is "an amazing guy, very kind, super talented and just an all-around cool guy. He's a highly accomplished bassist and musician, and is as chill and brilliant and funny as they come."

It has been reported they met via mutual friends, with another source telling E! News: "Katie is excited about seeing someone and is very happy. She enjoys having someone in her life and he is very kind and good to her."

Yet Holmes' dating life hasn't always been as public as it is now – and for good reason.

When Holmes and Cruise separated in 2012, it was unexpected. The Los Angeles Times reported at the time that Holmes used a disposable phone to make calls about the divorce and hired three law firms across three states. On July 9, 2012, the couple announced they had already signed a divorce settlement. Holmes received primary custody of then six-year-old daughter Suri and Cruise was granted visitation rights.

Details surrounding their marriage and divorce have been kept very private – but according to reports, there were strict legal conditions placed upon Holmes.

Many have alleged Cruise's close ties and prominent role in the Church of Scientology played a huge role in the breakdown of their marriage. Apparently, one of the conditions for Holmes to leave the marriage was that she promise not to publicly condemn the church.

At the time, some "insiders" alleged that Holmes was intimidated by the Church and was concerned Cruise might abduct Suri to keep her within the religion. There was also the rumour that Cruise had imposed a bizarre rule on Holmes – she could not "embarrass" him in various ways, including by dating another man publicly for five years after the divorce.

Holmes did her best to stick to this alleged agreement, but the paparazzi persisted.

From 2013 to 2017, there were strong rumours that Holmes was in a relationship with actor Jamie Foxx.

Labelled "Hollywood's worst-kept romantic secret", the pair only went public as a couple in 2018, making their first official public appearance at a Pre-Grammy gala. And based on the dates, it would add up that 2018 was the year Holmes was finally 'free' from her alleged post-divorce dating contract.

Listen to The Spill: How Tom Cruise tricked us into forgiving his sins. Post continues after audio.

Holmes and Foxx subsequently split in 2019, and Holmes went on to date Emilio Vitolo Jr, a chef from New York, and now Bobby Wooten.

But throughout the years, Holmes hasn't spoken much about her ex-husband, nor about the Church of Scientology.

She's only alluded to the divorce on a few occasions, one of them being in 2020 in an interview with InStyle.

"That time was intense. It was a lot of attention, and I had a little child on top of it," she said. "We had some funny moments out and about in public. So many people I didn't know became my friends and helped us out, and that's what I love about the city [New York]."

In the same interview she said this about her daughter Suri: "I love her so much. My biggest goal has always been to nurture her into her individuality. To make sure she is 100 per cent herself and strong, confident, and able. And to know it. She came out very strong – she's always been a strong personality."

Interestingly, Cruise's dating life has been rarely reported on since his divorce.

He was said to be in a rumoured relationship for a few months with a Mission Impossible co-star, but those reports only seemed to circulate while the movie was being promoted... so take from that what you will. 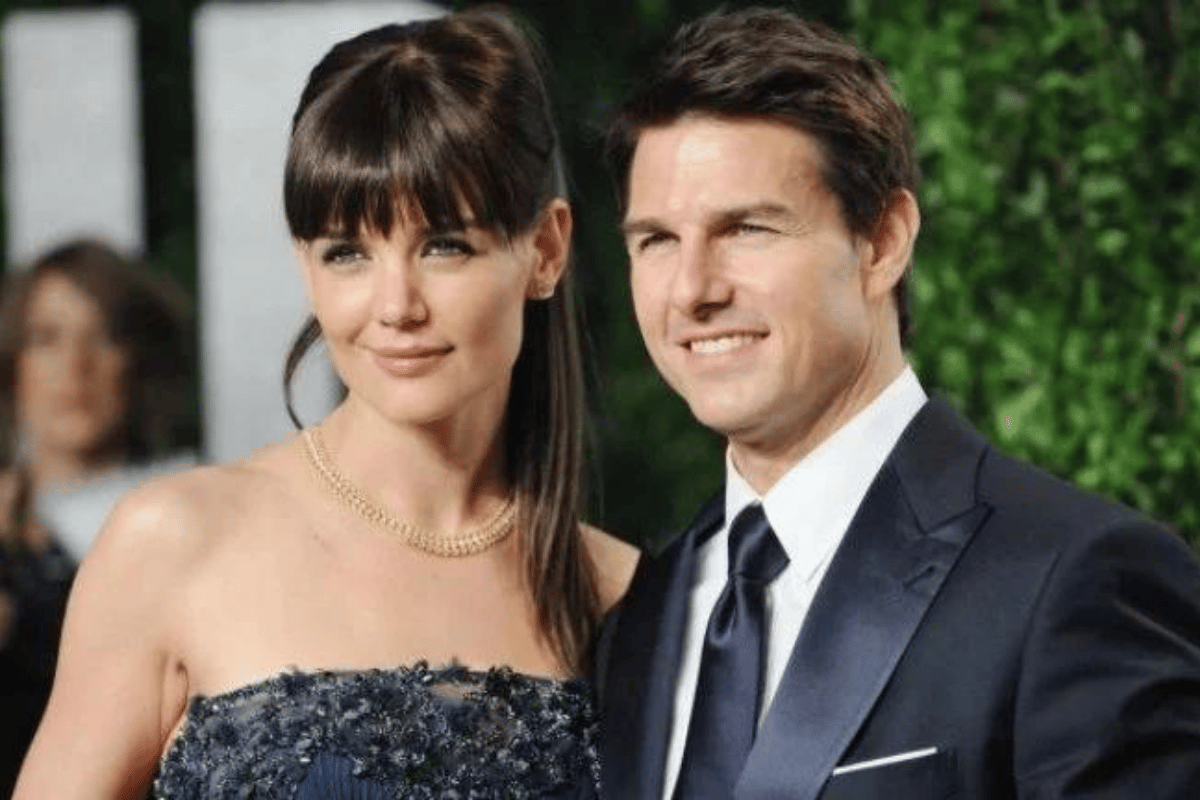 Katie Holmes and Tom Cruise when they were married. Image: Getty.

Some suggest it is his affiliation with Scientology and reports surrounding his former relationships that have impacted him most.

A detailed 2012 Vanity Fair report described how Cruise divorced Nicole Kidman and broke up with Penelope Cruz because they didn't sufficiently embrace the Scientology’s teachings. Vanity Fair also reported that the church staged "an elaborate auditioning process" to find Cruise's next girlfriend and potential wife.

It's not the first time Cruise has had a bit of a PR problem.

Just this week, Cruise's 2005 interview with Australian journalist Peter Overton has resurfaced and gone viral for all the wrong reasons.

In a 2020 interview with Vulture, one of his co-stars Thandiwe Newton said working with Cruise on set was challenging, calling him a "very dominant individual" that pushed her into "a place of terror and insecurity".

And last but not least, the reports that Cruise had a hand in the estrangement between his children Bella and Connor, and their mother, Nicole Kidman.

As co-host of Mamamia's entertainment podcast The Spill Laura Brodnik said: "It's interesting how he went from being a golden movie star to someone who for many many years was ridiculed in the public eye and [people] being turned off by him. [This Top Gun sequel] has perhaps been a way to try to get us to forget all his past transgressions, of which there has been a lot. The whole Scientology thing, and Katie Holmes – it comes into play."