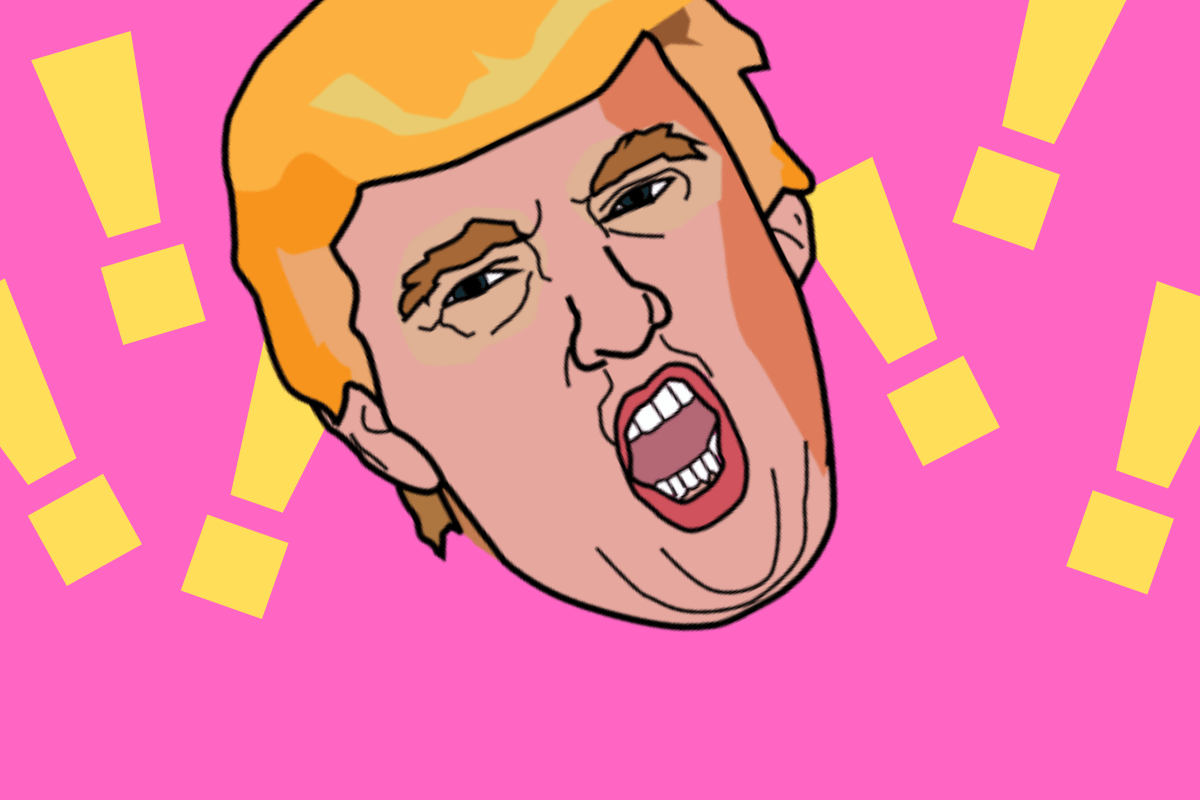 When describing the narcissism of Donald Trump, Dr John Gartner compares him to a malignant tumour.

Because Trump, like many politicians, is a narcissist, according to psychologists. But they also believe he is a malignant narcissist, and that is so much worse.

Dr Gartner is a US psychologist and one of the contributors to 2017 book The Dangerous Case of Donald Trump, which contains essays from 27 psychologists, psychiatrists, and mental health professionals on the “clear and present danger” that US President Donald Trump’s mental health poses to the “nation and individual well being”.

He is also the president of Duty To Warn, an association of mental health professionals who believe Trump is psychologically unfit for office.

Consequently, these professionals have deviated from the American Psychiatric Association’s Goldwater rule, which holds that it is unethical for psychiatrists to give professional opinions about public figures without examining them in person.

Speaking to Mamamia‘s daily news podcast The Quicky, Dr Gartner explained that the experts believe that in the case of Trump, their duty to warn – where they can break confidentially if there is a clear danger to a person – is greater than the Goldwater rule.

"We felt as mental health professionals knowing what we know about psychology, we had a duty to warn the general population that Donald Trump shows the severe, dangerous character pathology that really predicts that he would be dangerous, and in fact that has proven to be the case," he told host Clare Murphy.

Dr Gartner said all of these traits are observable behaviours, so it is possible to diagnose the disorder of a public figure.

"[This] combines narcissism with paranoia - all of his crazy conspiracy theories, his projections of evil on the press and to minorities and anyone who disagrees with him, his constant sense that he's a victim - and antisocial personality disorder which is the personality disorder of criminals, people who lie and have no conscience, who violate and exploit the rights of others and have no remorse about it.

"And finally the fourth component is sadism, which as it sounds, is taking pleasure in harming, humiliating or degrading other people."

This combination makes for a grim diagnosis: "When you put these four traits together, you have the most dangerous type of leader that it's possible to have," Dr Gartner said.

"That's why there was such a duty to warn people. It's not just that he's narcissistic, we certainly have many narcissistic politicians, it's that he's truly dangerous.

Dr Gartner explained that the release of Special Counsel Robert Mueller’s report on Russian interference in the 2016 election, which did not find President Donald Trump committed a crime, may embolden the President even further.

What makes matters worse is that there is no way to treat malignant narcissism.

"The person who trained me is now the living world's expert on malignant narcissism and the way he trained us is: If you're able to diagnose so that a patient has all four of these components... You should essentially run away because they're untreatable.

"They'll only exert a destructive influence on your life as the psychotherapist. This is an untreatable disorder... There's not a lot to feel good about."

There should be mandatory psych assessments carried out by the UN on potential leadership candidates. We have seen throughout history the same kinds of dangerous despot leaders be given power, with devastating consequences. When will we learn how to recognise these damaged men before they get anywhere near any position of power? (Or...just get more women in power!)

Cool, so the Russian collusion narrative failed so comprehensively now we're back on the Trump's dangerous mental health narrative, as usual, 'diagnosed' by someone who has never met Trump.

While he may not have been actually found guilty of collusion, it has been proven that Russia did indeed intefere with the election to get Trump in. And some of his inner circle has been found guilty of that. My question is why? What has Russia got to gain by that? Also, why does it not seem to bother Trump supporters re Russian inteference in so called democratic election?

Ever heard of The Clinton's and Uranium One

I haven't I'll look it up though, any thoughts on Russia's inteference on the election?

Russia has been spying on and meddling in American affairs since the Cold War. Julius and Ethel Rosenberg, Robert Hanssen, Aldrich Ames. Russia probably wanted a President they might have influence with, the same goes for the Clinton foundation. Foreign benefactors did not donate millions of dollars to it out of altruism, but in the hope were she elected Presidentof having 'a friend' in the White House. Once she lost the election, the donations dried up as quickly as the Murray Darling River (but not the NSW part of course)