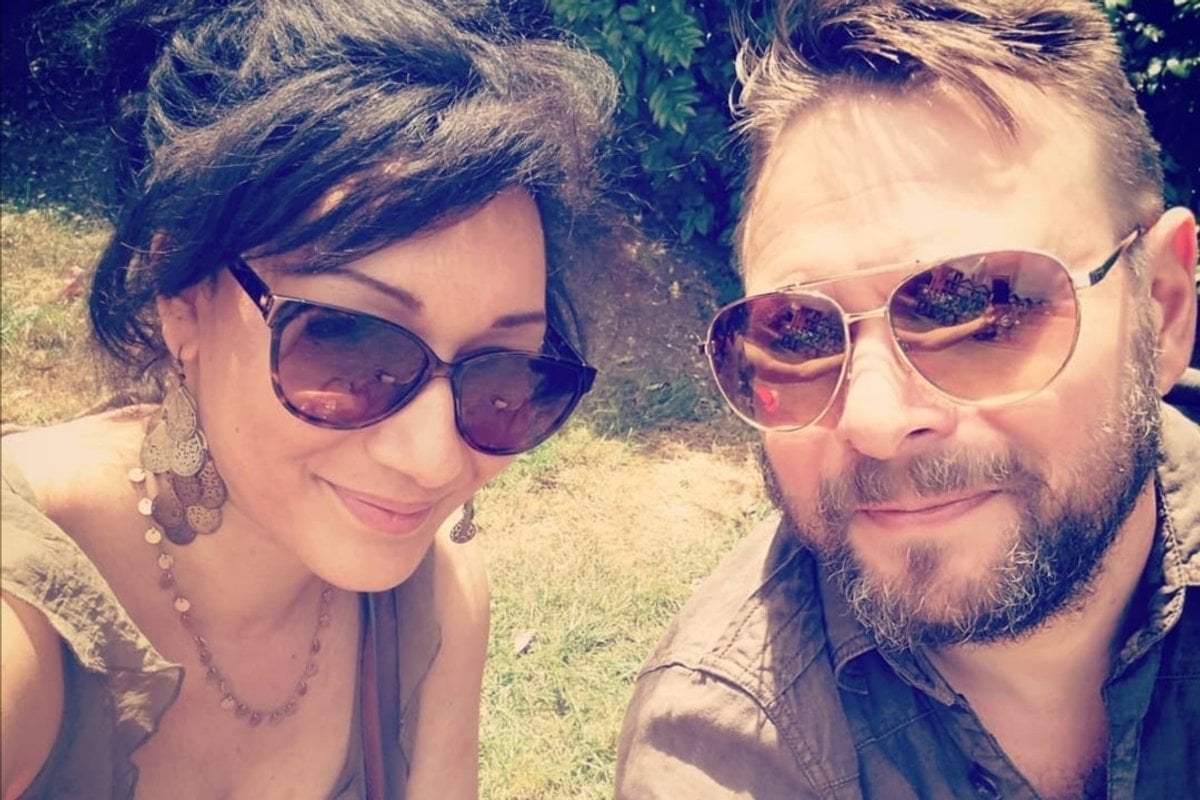 All the adolescent struggles with my brown ethnicity seemed a distant memory, since I’d started gravitating back to the multicultural melting pot of London, a place I had perpetually missed since relocating to a predominantly white area of Essex, at aged 10.

Those formative years of existing as the sole brown face wore heavily on my character.

Whether positive or negative, my skin was the first thing that everybody noticed, highlighted further by my all-white family - and it wasn’t long before skin became my every thought, too.

My standout differences were all-consuming, my teen years devoted to trying to fit in, conforming in the best ways I could to Western beauty standards; from the chalky paler than pale foundations I’d smother myself in, to straightening my hair so much, I suffered breakage and loss.

But on leaving school, I started to find my feet.

I worked in the glamourous tourist trap that is Harrods of Knightsbridge, where everybody was dazzling different, then temped for creative enterprises in Central London, environments where individuality was celebrated.

My circle of new diverse friends meant I could at last be me, without any hesitation or shape-shifting - and marked the most freeing spell of my life. But it left me unguarded.

I met Matt in 2003. We'd only been together for a giddy few months when he suggested I accompany him on a work trip.

I recall being excited, but in the lead up to our departure, Matt grew quieter, almost as though he regretted asking me.

Things fell into place on our first night away. During an elaborate meal - already awkward made awkward by a series of hostile, uncomfortable moments - Matt’s colleague asked me if I 'could taste Matt’s ex-girlfriend' on his body.

His vulgarity came so unexpectedly that I was struck silent. I was grateful when, in hot defence of me, Matt responded.

I never can recollect his words but I remember his fury was instant. Without thinking or realising, he acknowledged the problem he’d been battling in secret for weeks. The workplace jibes, because he was dating a brown girl. How, on good days, I’d be Matt’s 'café-con-leche hottie'. On the bad ones I'd be 'Wog meat'.

It shocked like a cattle-prong; sharp, cruel reminders that my skin was still an issue – and a problem I’d never truly be free from.

I wanted to go home, to escape it all. Back at the hotel, I made the decision that, with or without Matt, I couldn’t stay. Thankfully, he backed my plans to depart. We settled the hotel bill and bought our own flights home, feeling altogether cleaner.

Echoes of the trip followed us still, fast tracking our relationship into something more serious. Matt returned his company car and quit his job the moment we landed. I gave up my small bedsit and moved in with him, helping financially while he set up his own business.

Which is still thriving. And so are we.

Although it has always been Matt and I against the world, racism occasionally still contaminates our life together.

Certainly, since the 2016 EU referendum, the stench of Brexit’s bigoted underbelly, emboldened toxicity and rise in racial hate crimes across a country I’d so hoped had evolved from its ignorance.

And as a family, we’ve noticed it, too.

Sometimes, a bus I wait for won’t stop, or a hostile person won’t make space for me in a shop, or people will demand to know where I'm from.

Over the years, we have distanced ourselves from negative, prejudiced influences; close friends, family members, people I’ve welcomed and fed, made Godparents to our children, while they’d been making racist jokes and social media posts at the same time.

And instead of the old habit of burying my feelings, I confronted these micro-aggressions, spotlighting the enormous, exhausting paranoia that comes from over-analyzing whether these moments are in fact ‘real’.

I decided to turn my lived experiences of racism - from the big, bad memories of a boy beating me with a stick after school, to the conflicting moments like Matt's work trip -into fiction, writing a book about my experiences.

I’m still surprised, despite the years of distance, what a truly defining moment that trip was for us and our relationship - life-changing, in fact. Because, what if Matt hadn’t responded in the way he did, or pretended not to hear?

In the truth of real life, if Matt had overlooked how deeply unacceptable that moment was, I doubt very much that I’d have given him my heart.

Eva Verde is a writer from Forest Gate, East London. She is of dual heritage. Identity and class are recurring themes throughout her work as she studies towards an MA in Prose Fiction. Her love song to libraries, I Am Not Your Tituba forms part of Kit De Waal's Common People: An Anthology of Working-Class Writers with Unbound, and her work has featured in Marie Claire, Grazia and Elle. Her debut novel Lives Like Mine, is published by Simon and Schuster and is available to purchase  here. Eva lives in Essex with her husband, children, and dog. @Evakinder

Reply
Upvote
Far out what an awful comment that was. Sickening. Racist & gross
B
becky 3 months ago