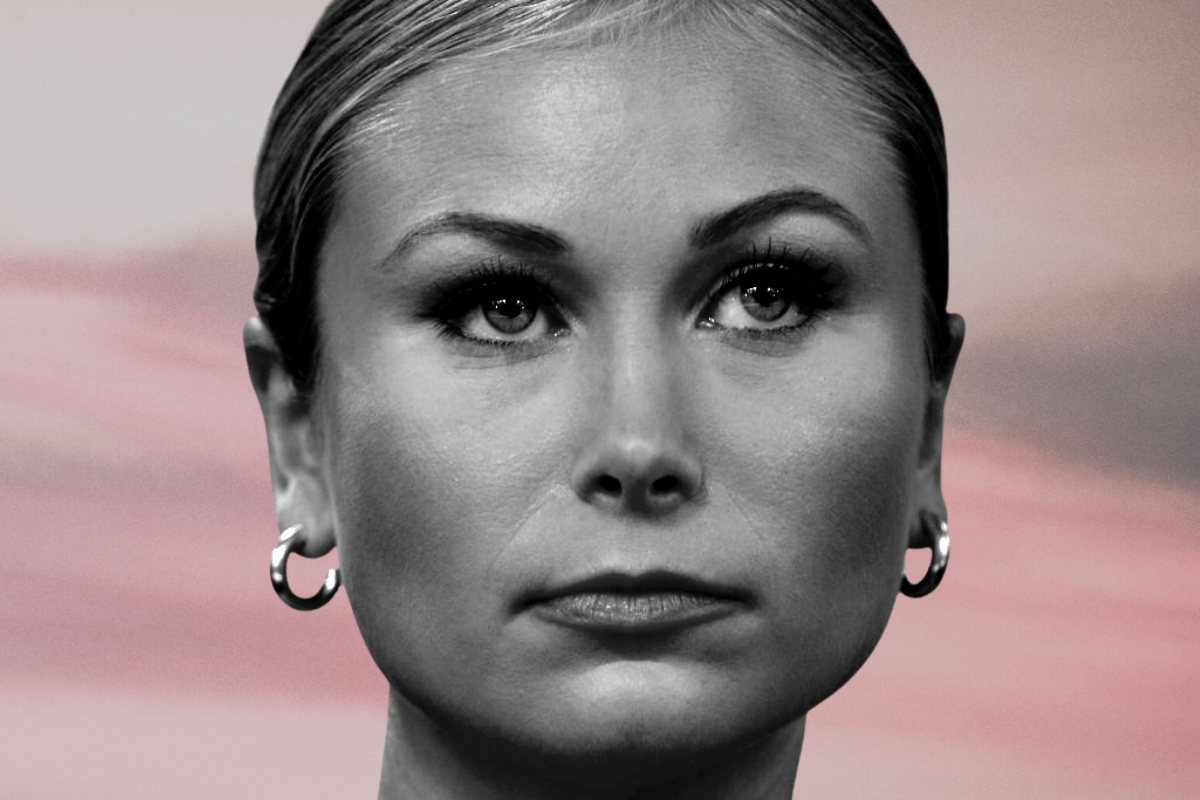 This week, a news outlet decided to 'unearth' and publish an image of 2021 Australian of the Year Grace Tame sitting next to a bong, as a friend next to hear appears to be rolling a joint.

The image is from 2014. Additional news outlets then decided to reshare the image.

The Australian tabloid at the centre of this controversial move, claimed the image of Tame - then 19 years old - was "unearthed by her critics," amid Prime Minister Scott Morrison's 60 Minutes interview where his wife Jenny criticised Tame's suggested lack of manners.

The tabloid's decision to publish the image was met with swift backlash.

In response to the old photo being circulated, Tame took to Twitter on February 15 to poke fun at Scott Morrison saying: "Alright, I confess, we were doing a cover of 'April Sun in Cuba'. On the oboe."

But amid the humourous and self-deprecating response, the impact of that old image being published on multiple news sites was still incredibly challenging for Tame.

On Saturday, Tame addressed the situation in full, saying her open letter was in response to "every media outlet who sought to discredit me by publishing THAT photo".

She wrote: "Although my humour and strength remain intact, I'd be lying if I said it didn't let me down. Not just as an individual, but more so as an advocate of the survivor community."

Since being appointed as Australian of the Year in 2021, Tame has been thrust into the spotlight, consistently rehashing and reflecting on her experience of being sexually abused as a teenager. As she said on Mamamia's podcast No Filter, Tame doesn't want to seem "ungrateful or complain", but she would be lying if she said the experience wasn't incredibly difficult for her.

"There is a trauma associated with reliving my past almost every day: it doesn't just go away. Even if there's a day I don't do an interview and I don't answer questions, there's still a lag: it doesn’t dissipate immediately."

In her open letter, Tame reiterated that she has been consistently and "completely transparent about all the demons I've battled in the aftermath of child sexual abuse, drug addiction, self-harm, anorexia and PTSD, among others. You just clearly haven't been listening."

For sexual abuse survivors, the trauma can show itself in many ways. And just like prior drug-taking, for Tame it was also her tattoos that represent the things she did to herself in the throes of emotional distress.

"I didn't care about myself, I had no self-respect. And the tattoos remind me of that. I also have awful scars on my arms and legs and a big scar on my left thigh where I actually carved the word 'f**k' into my skin," she said to Mia Freedman.

Given Tame was so open and honest about her struggles, she noted in her open letter that we must continue to "have an open and honest discussion about trauma and what that can look like". She also highlighted just how common it is for drugs to feature in the broader story of abuse, both during and after, often becoming a go-to means of escapism.

"It can be ugly. It can look like drugs. Like self-harm, skipping school, getting impulsive tattoos and all kinds of other unconscious, self-destructive, maladaptive coping mechanisms. Whilst I do not seek to glorify, sanitise or normalise any of these things, I also do not seek to shame or judge survivors for ANY of their choices. When the man who abused me first tried to rape me, he used alcohol to stupefy me. I'd only been drunk twice in my life before that."

To every media outlet who sought to discredit me by publishing THAT photo,

Although my humour and strength remain intact, I’d be lying if I said it didn’t let me down.

Not just as an individual, but more so as an advocate of the survivor community…

"Publicly shaming survivors for their past is as low as you can possibly go," she said.

Tame said her fear is now that instances like this could further discourage other survivors from feeling safe to share their story, terrified of "being blamed for what has happened to them, chastised for their coping strategies instead of being offered support".

"What do you think happens when they see the mainstream media deliberately brutalise survivor-advocates like me for actions I took when I was 19 and still trying to process something I didn't understand? I’ll tell you. Their fear is magnified."

Essentially by "mocking" Tame, what this tabloid in question has done is punish the product of the evil rather than the evil itself. Tame also went on to say that survivors fear authorities will zero in on substance use instead of the wider complexities of psychological manipulation, which are "much harder to prove and explain".

Listen to No Filter. It's complicated: Grace Tame's experience as Australian of the Year. Post continues after audio.

"Shame is embedded in the experience of child sexual abuse. It survives in every part of your being long after the physical acts have ceased. Infused at the unconscious level, you have very little control over it once it's there. It is a life sentence."

That said, Tame did say that healing, self-love and triumph are all possible for those who have experienced such atrocities. But it ultimately requires the support of the community and a great level of compassion and patience.

"With a swollen heart, I wish to thank the legions of strangers and friends alike from all over Australia who showed up and showed out for survivors by calling out the unnecessary shaming stunt on Monday. I have never seen anything quite like it," Tame said in the final sentences of her statement.

"It means a lot to me, and I know it means a lot to many other survivors as well. Our foundation received a record amount of donations that day, bringing us one step closer to a future free from the sexual abuse of children and others. Now that's a story worth publishing."

If you would like to donate to the Grace Tame Foundation, you can visit the website here.

Reply
Upvote
2 upvotes
This has taught me a thing or two about survivors & destructive coping mechanisms. Grace has taught the community a lesson, again and again. Let’s build her up not pull her down. She was Australian of the year & did a stellar job. Unlike whoever dug the photo out of their photo album and probably profited from it.
C
cam 3 months ago