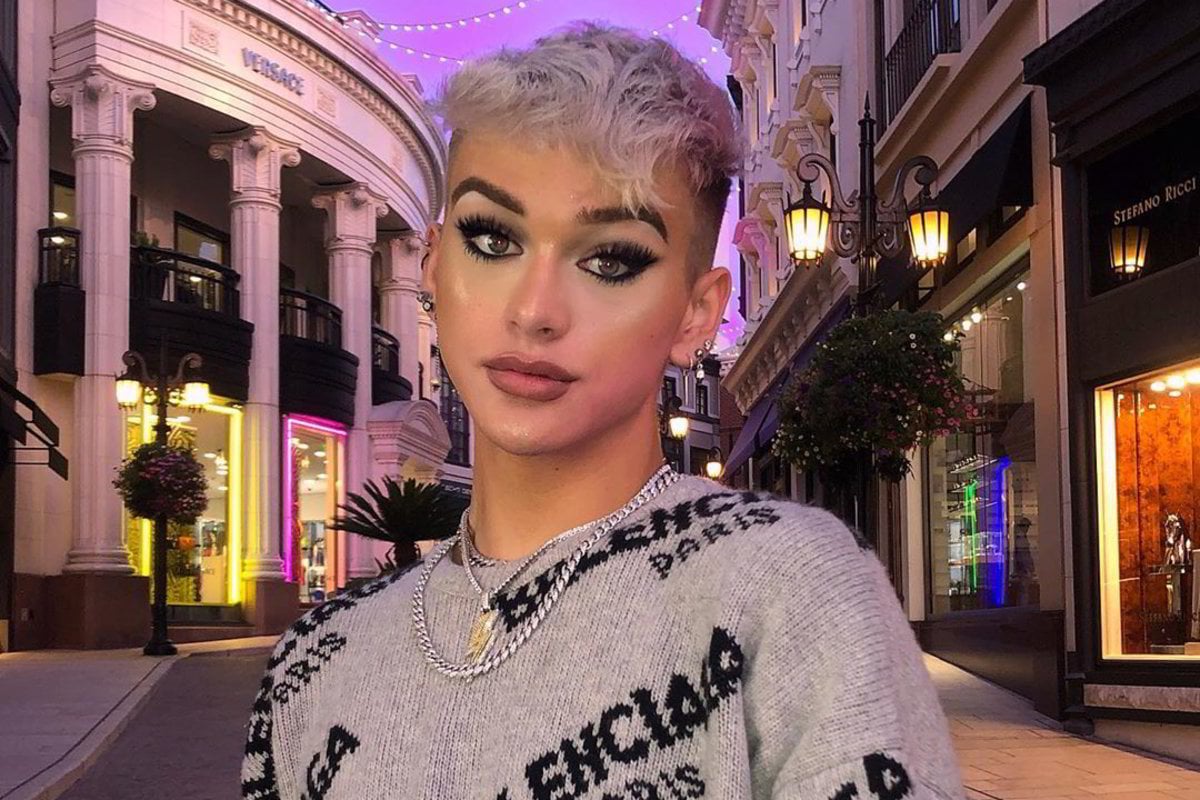 His cause of death has not been confirmed, but his father Gerald Peters told Fox News he found the teen in his room and believed it was an accidental overdose, as his son had been struggling with addiction.

"The cancel culture we find ourself in weighed heavy on his heart," Peters said.

"He wanted nothing but to inspire, make people laugh and push the boundaries of what is acceptable in our world for all young people. He was [a] kind soul, who accepted everyone for who they were."

Ethan had amassed more than 500,000 Instagram followers for his makeup looks, but detailed his addictions on a private account, according to his friend Ava Louise.

From ethans private account...he was always so open with his followers about what was going on. Your mental health is important! I’d ask about these posts and he’d laugh it off. My biggest regret is not taking these posts seriously. Know the signs get ur friends help. pic.twitter.com/czu9UTES5E

Following Ethan's death, rumours swirled online that he had taken his life due to immense trolling. While those close to him consider his death an accident, his social media accounts have continued to be ruthlessly trolled since his death.

Ethan had been accused of racism and transphobia during his time online, the basis of many tweets and Instagram comments celebrating his death - 'cancelling' the teen, even though he is already dead.

"A transphobic, racist, black-facer makeup artist has died from a drug overdose.... we love to see it, rest in hell Ethan Supreme," one tweet said.

Ethan's final post, from four days ago, reads "would just like to thank everyone who bullied me", with photos comparing himself as a young child with himself at 17.

Among tributes from fellow YouTube and Instagram personalities, are comments like "karma", and "deserved". Then there are many - sadly ironic - dripping in homophobia and using slurs.

On the other side, people are expressing disgust at the reaction to a 17-year-old's death at the hands of addiction.

"Some of you people make me sick. Ethan was a child, someone’s son, someone’s best friend, someone’s cousin and to make memes of him passing away is absolutely abhorrent. What the f*ck is wrong with you?" one tweeted.

Another pointed out the trolling was not hurting Ethan, but his friends and family who loved him and are grieving.

Is cancel culture disregarding this?

Are we unable to separate a tragedy - because a teenager dying from addiction is a tragedy - from that person's problematic past? Is inhumanely trolling the accounts of a dead person really where we are at as a society?

In the past, the tone following high-profile deaths has been laced in sympathy. Think Love Island host Caroline Flack, and basketball legend Kobe Bryant. Both of their death's resulted in a huge outpouring of love, sympathy and kindness - while, yes, also discussing their pasts.

We must acknowledge when things people have said and done in their pasts are bad; racist, transphobic and the like. That is, without a doubt, worth calling out. No one should question or deny another person's human rights.

We can also acknowledge that addiction is a terrible health issue, requiring empathy and understanding. To lose anyone to drugs is sad, and people are allowed to grieve a loss.

To consider one without the other emboldens the horrific trolling and celebration happening right now, publicly, at the death of a teenager.

Where is the nuance?

There are valid feelings about what is and isn’t appropriate to discuss after a shocking, tragic death.

But cancel culture has lead us to a point where writing about how a teenager deserved to die on social media is celebrated by others.

That is another tragedy.

For free and confidential advice about alcohol and other drugs, call the National Alcohol and Other Drug Hotline on 1800 250 015. It will automatically direct you to the Alcohol and Drug Information Service in your state or territory.