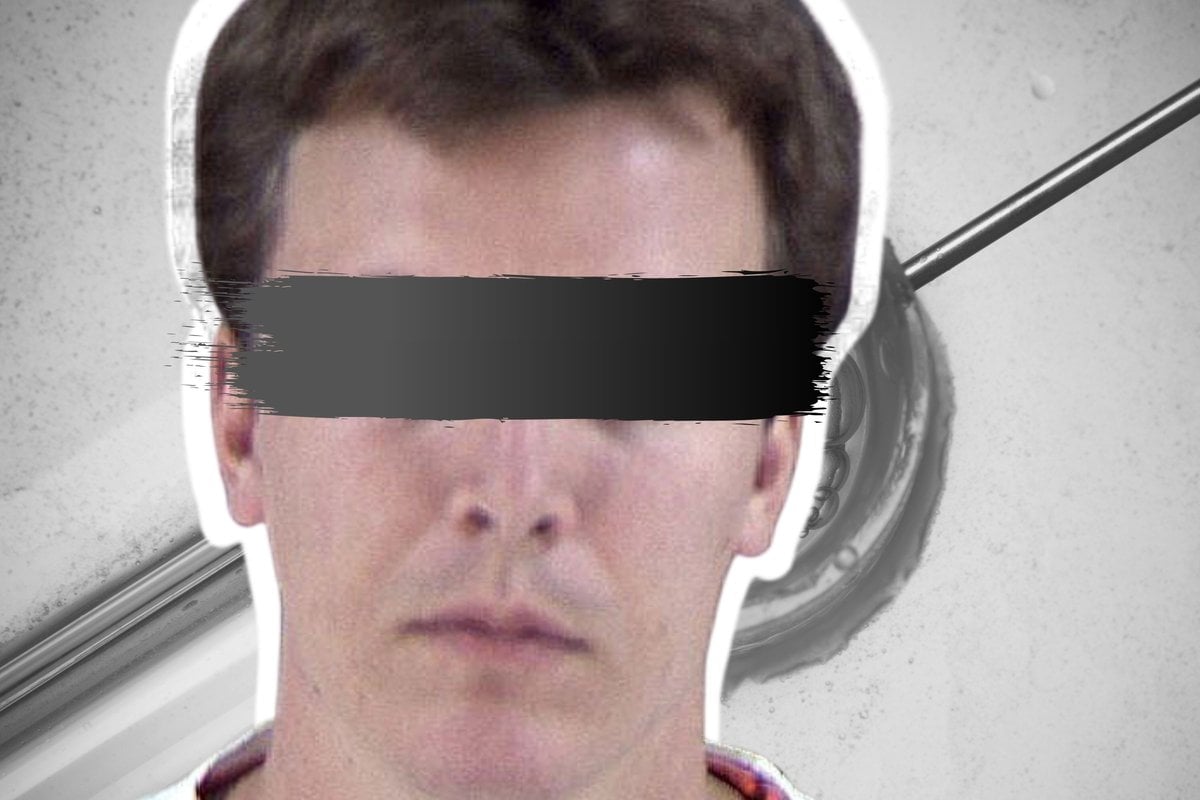 Until the age of 15, Alex N. knew his father by a list of characteristics and achievements.

6ft 4in tall. An IQ of 160 — the threshold for genius status. A master’s degree in artificial intelligence and plans to pursue a PhD in neuroscience engineering. Fluency in five languages. Proficiency in drumming.

That was all that Atlanta sperm bank, Xytex, could tell Alex about the stranger who'd helped his mothers bring him into the world, the stranger who made up one half of his biology.

Three years ago, curious to learn more, the teenager entered the number and 'Xytex' into Google. Just in case.

There was his donor father's face and name littered throughout news articles about one of the biggest scandals in the history of assisted reproduction.

"Sickness, helplessness. This is who I selected to create a human with."

When Chris Aggeles filled out a Xytex donor registration form in 2000, he gave details about his appearance, hobbies, achievements, his criminal and medical history — both of which he declared to be clean, beyond his father's colour blindness.

Though donation is anonymous by default, he also ticked that he was open to being contacted by any future donor children.

From then on, he began donating regularly as 'Donor 9623', and earned as much as US$370 per vial, according to Atlanta Magazine. (Unlike Australia where donations must be altruistic, US donors are paid for their samples.)

In a bonus audio interview published on his Xytex profile and available for prospective donors to purchase, he said that while, at first, money was part of what attracted him to sperm donation, it wasn't his primary motivator.

"What really has kept me coming is the fact that I know that I am helping," he said, according to The Toronto Star, "to give parents who are very eager to have a child one of the greatest gifts in the world, their child. I can’t deny the power of that."

Chris' sperm was used by dozens of women in the United States, Canada and Britain, resulting in at least 36 children.

But it wasn't until 2014 that any learned the truth about him.

In the midst of a push for more transparency around sperm donation, Xytex launched a platform to facilitate mediated communication between recipients and their donors.

A group of Donor 9623's signed on. The women had already connected via a forum for donor-conceived families and relished the chance to ask him questions and send photographs of their children.

Then, in 2014, Xytex accidentally sent the women an email on which Chris was cc'd. They could see his full name. And so, they went searching.

Their research uncovered a comment on a YouTube video, reportedly written by Chris in which he described being schizophrenic.

"The 'hearing voices' is kind of hard to explain, but here goes," the comment read, "so I will be thinking something like, what I am going to make for dinner, and it’s like my thought gets interrupted by a voice that tells me something that usually has nothing to do with what I was just thinking. Its [sic] usually mean, and will say things that are derogatory and demeaning to me. That, for me, is the toughest part about being schizophrenic."

Further probing revealed that, in 2005, he was convicted for burglary and served eight months behind bars. Court records showed that he'd been diagnosed with bipolar disorder and schizophrenia with "significant grandiose illusions".

The latter, at least, came in June 1999, just months before he became a sperm donor.

The health and criminal history he'd provided were lies. As was his academic record. Though highly intelligent, Chris' struggles with his mental illness meant he dropped out of university.

Xytex was under no legal obligation to check his medical, criminal or academic records, and so they didn't.

One donor-recipient told the Audible podcast Donor 9623, the discovery felt "like a lead ball just went from your throat down into your stomach and you're trying to hold back throwing up. Sickness, helplessness. This is who I selected to create a human with."

The women launched a series of lawsuits against Xytex, some of which have been settled. At least one was still pending in late 2020.

It was reports about their fight and campaign for better regulation of a notoriously self-governed industry that Alex discovered in 2017.

After years of his own severe mental health struggles, the revelation raised even more questions and shattered the illusion he had about his donor.

"I was really proud of all the things he put down for his accomplishments. I was just very happy that I got lucky with the donor that I had," he told Donor 9623 host Dov Fox.

"Yeah, things kind of changed... [My mother and I] were freaked. We were very freaked."

At the time his lies became public, Chris handed himself into police, full of regret. No charges were laid.

Speaking to Dov Fox recently, he claimed to not have known that his severe mental illness was "a genetic issue" when he ticked 'no' beside schizophrenia on his Xytex questionnaire. (In truth, those who have a parent with the disorder have a 10 per cent chance of developing it themselves — that's roughly 10 times the risk faced by the general population.)

"I'm sorry for that. I have a lot of regret that I didn't disclose that fact. And I hope that the families involved, and particularly the children involved, can find it in their hearts to forgive me," he said. "There isn't a day that goes by that I don't encounter some sense of remorse or regret about that, because I know that they must feel like I betrayed their trust, and I think that's justified. I feel terrible about it; I really do."

He touched on a few factors; some practical (the money was welcome, and he's not sure he would have been accepted as a donor had he told the truth), some psychological (it felt like a chance to live out a future that was robbed from him by his illness).

As for his donor children, he still hopes to meet them someday, should they forgive him.

"If something happens to them or they happen to experience any symptoms of mental illness, they need to reach out, not be afraid. Because it's nothing to be afraid of.

"I just want them to know that I care."

If you are experiencing a mental health problem, are feeling overwhelmed or having difficulty coping or staying safe, support is available via Lifeline. Call 13 11 14 or visit the website to chat online.