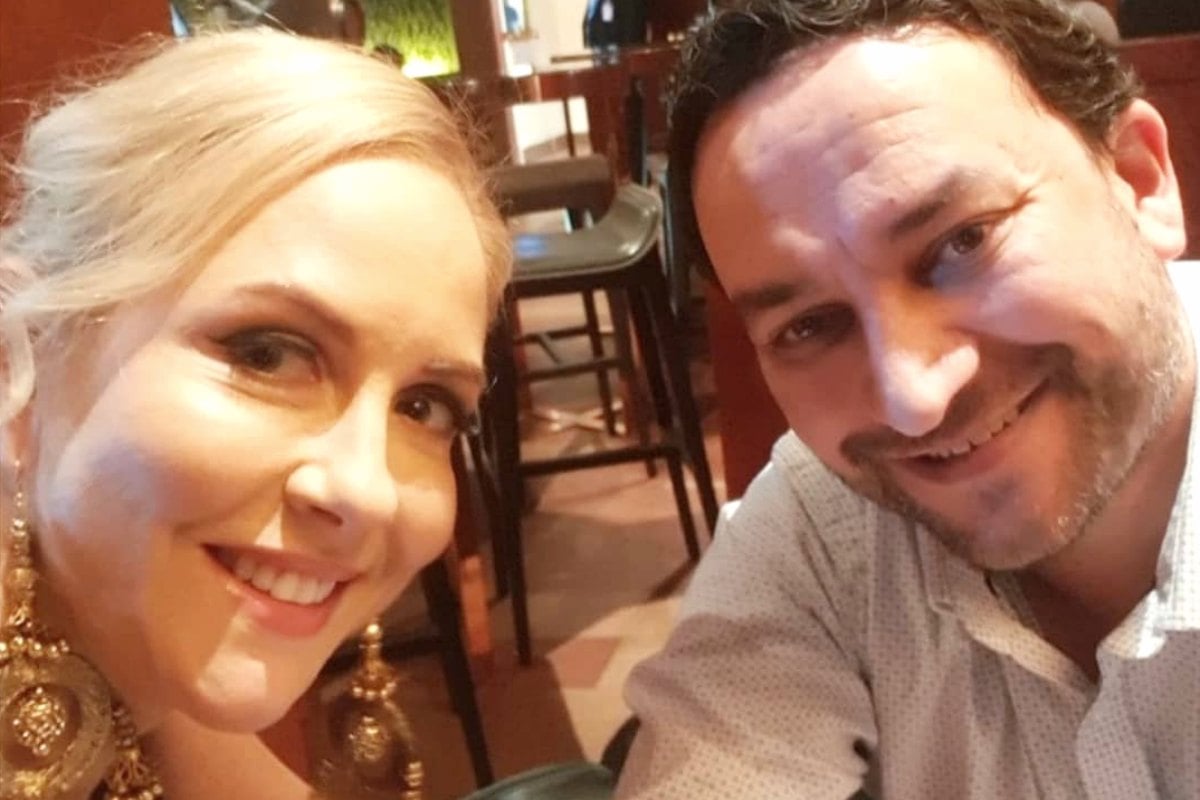 The sales assistant spotted the wedding ring on my finger as I handed my purchase over the counter. Her eyes immediately grew wider and she froze, mid-transaction. Her face lit up like a Christmas tree as an enormous smile stretched across her face.

“Oh you’re married?!” she exclaimed with a hint of excitement and torrents of surprise.

“Yes,” I said casually with a smile. I’d been in similar situations before so had a pretty good idea of how the conversation would play out.

And just as I predicted, it did just that.

“Oh sweetheart, that’s wonderful,” she said with gushing exuberance and clasped her hands together with glee.

Then, as if she was congratulating a newly toilet-trained toddler on their first solo pee, she continued. “Good for you!”

Vanessa Cranfield opens up parenting a child with a disability.

It was one half patronising and one half condescending but I knew her heart was in the right place.

Besides, I’d been in similar situations so many times before and knew that it wasn’t the place to jump on my advocacy soapbox.

So I did what I often do, forced a polite smile (not nearly as wide as hers) and wheeled out of there as fast as I could.

She was right though. Being married to my husband is indeed wonderful. But it’s not for the reasons she was not-so-subtly alluding to.

Here’s the thing about me. I have disabilities. Several, in fact. All of which were acquired in my early twenties.

Here’s another thing about me. I’ve been in a relationship with my husband for over 10 years and happily married for nearly six of those years.

But a lot of people have a lot of trouble computing the two (disability and a fulfilling relationship).

It’s not uncommon for strangers to absolutely lose their sh*t with excitement and even surprise when they find out I’m in a relationship and *gasp* married.

I completely understand that it’s normal for someone to be excited when you tell them you’ve found love.

However, it’s the ‘extra’ excitement and joy on steroids combined with obvious surprise and shock that always irritates me.

You should know that I’m analysing this from two different perspectives.

Firstly, as a woman with visible and invisible disabilities, I watch with interest as my non-disabled girlfriends share similar news with strangers. They too get the excited and joyful banter, as one would expect. But never the added looks of shock and surprise.

Secondly, I look at this situation from the perspective of a woman without disabilities, which is how I spent the first 24 years of my life.

Nobody ever got ‘that’ excited for me when I told them I was dating my previous partners. Nor were those men congratulated for just being in a relationship with me.

But when my husband and I first began dating, people nearly fell over themselves congratulating me on my new relationship.

Some people make your heart sing just by being themselves ♥️.⁣ ⁣ Ren isn’t on Insta so I can’t tag him but TAG WHOEVER THAT PERSON IS FOR YOU!⁣ ⁣ Hint: It doesn’t have to be a romantic partner.⁣ ⁣ Help me share the positive Wednesday vibes on here and happy tagging! ????xx⁣

Furthermore, nobody ever patted my previous (long-term) partners on the back and told them they were “doing a good job” or being “a good man” for being in a relationship with me.

But that’s what has happened to my husband numerous times in the years we’ve been together (much to his frustration and complete embarrassment).

Yes he is a good man. Smart, sexy, witty and exceptional AF, in fact. But it has absolutely nothing to do with his choice to have a partner with disabilities.

I didn’t write this to piece have a whinge about one uncomfortable exchange with a sales assistant that has happened only to me.

I want to address a far bigger social issue which effects millions of people.

Let’s talk about our societies generally low expectations of people with disabilities.

My experience with the sales assistant is only one very small example. But I’ve heard much bigger and far more disturbing examples of how these low expectations discriminate against so many in our society.

So how did we get here and why are expectations of people with disabilities so low?

Here’s a simplified breakdown from my perspective.

Roughly 20 per cent of our population has a disability but you wouldn’t know it by looking at our representation in mainstream popular culture.

Our screens do not reflect our streets.

The flow-on effect: People (like my sales assistant) form their assumptions and expectations around disability based on the narrow stereotypes that they do see.

The flow-on effect: Stereotypical assumptions about people with disabilities mean that people (like my sales assistant) are led to believe that a disabled person getting on with life and getting married is a f*cking miracle.

Here are just a few things you can do:

– Don’t rely on one-dimensional stereotypical portrayals of disability to inform you about what we are actually like. Disability is a spectrum and no two disabled people are the same.

– If you are in a position to include disability in your workplace, your branding strategy, your communications plan or something else, DO IT!

– Because representation matters. It’s not just good for the millions of disabled people and the squillions of people (with spending power) who love them, support them or work with them, it’s good for your bottom line too.

Yes! This happens to my husband and I all the time except that he's the one in the wheelchair. So true about the low expectations.

So glad to have read this today. My 12 yo is blind (and right handed and brown haired and male etc etc), but when I mention his blindness, those sympathetic looks I get from people drive me crazy...and even more so when I find myself reassuring people that it's no biggie. It is what it is and life goes on. Thankfully, my son is (mostly) unaware of those woeful looks he gets from people as he goes about his life. He's a kid and is pretty much like any other kid his age and as his parents, his Dad and I want him to have a happy, healthy and fulfilling life. That's no different to what we want for our other child who's not blind, and likewise the same as what any other parent wants for their children. It's so heartwarming when I see that there are people who look past his disability and engage with him like they would anyone else.