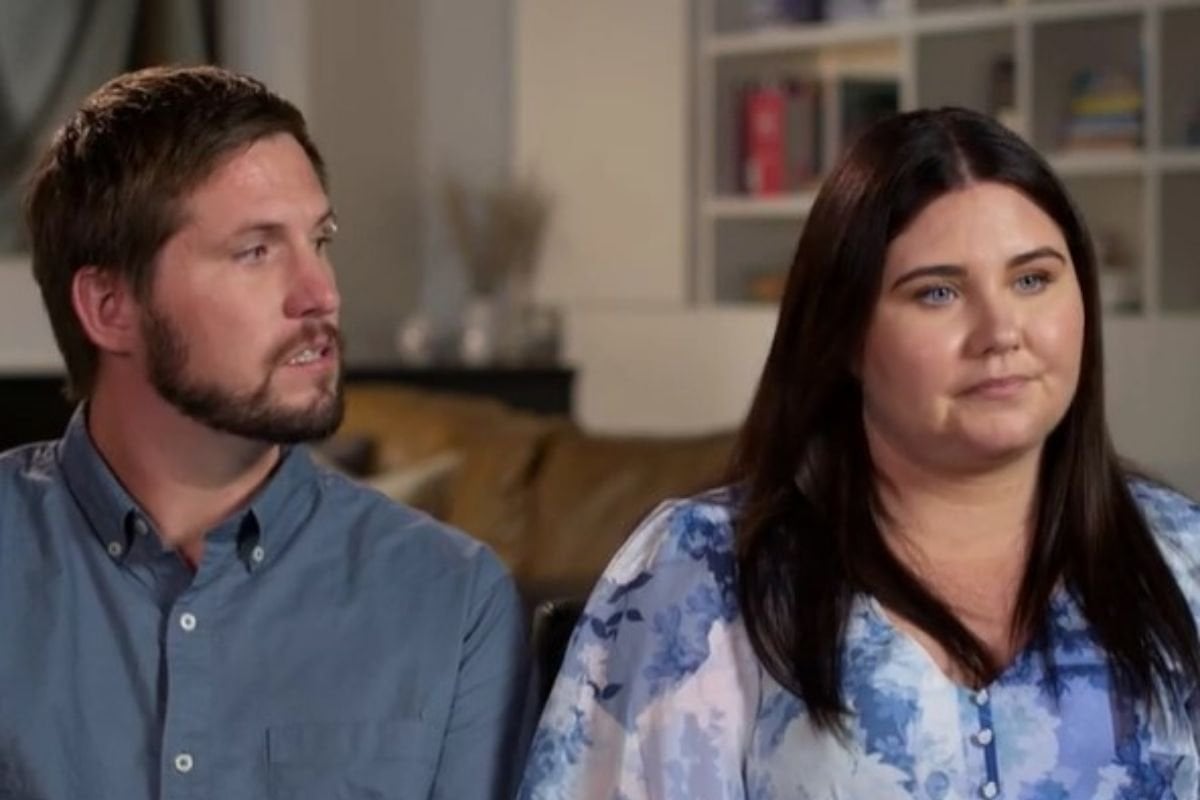 She knew what that meant. It was either good news, or the worst news imaginable.

"I've got someone who wants to say hello to you," the voice at the other end told her.

As she swore and cried and shook her husband Jake awake, the voice of their daughter came down the line.

For 18 long days they'd dreamed of this very scenario. Ellie had always had a gut feeling that four-year-old Cleo had been "taken," and she'd been right.

Cleo Smith is a name we will never forget. Three months after she was rescued by police, the four-year-old and her parents are learning to live in the aftermath of one of the most extraordinary child abductions we’ve ever seen. #60Mins pic.twitter.com/3fy1oljkra

As we were shown in a re-enactment on 60 Minutes on Sunday night, the family were staying in a two-room tent in the remote Quobba blowholes camping ground in WA the night Cleo was kidnapped.

While Ellie and Jake slept in one room, six-month-old Isla was next to the thin partition separating the areas, while Cleo slept on the end.

The tent had zipper access via both ends, and when Ellie got up at around 6am the morning of October 16, she noticed the zipper on her side was open a short way, and the zip to the kid's section was wide open. Cleo and her sleeping bag were gone.

It'd been a windy night. Jake and Ellie hadn't heard anything above the sounds of the tent flapping and the waves crashing nearby. As soon as they woke up to Cleo's empty bed, they knew something horrible had happened. She wasn't the kind of kid who would wander off.

"It was just a nightmare, really. Straight up nightmare from that second," Ellie told 60 Minutes.

As we know now, Cleo was lured out of the tent. As she told her parents, "she needed to be taken away from us so that we could help her baby sister."

She was driven to Carnarvon, and kept in a house mere streets away from her family home for close to three weeks.

When she was found, after an early morning police raid, a photo of a smiling Cleo sucking on an icy-pole in hospital made the world sigh a collective sigh of relief. She was happy, smiling and safe. 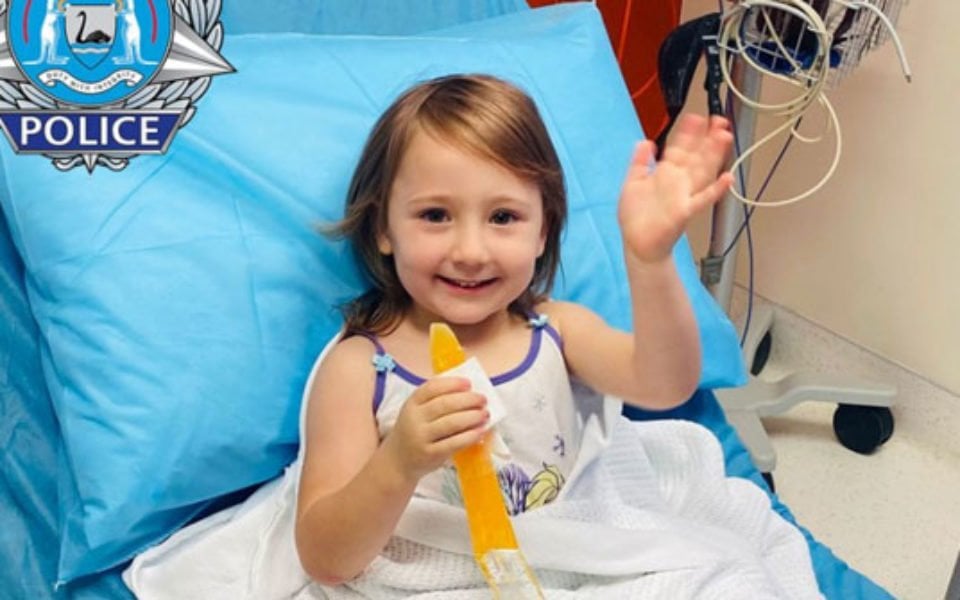 Cleo in the hospital after being found by police. Image: WA police.

But the first thing Ellie and Jake noticed after they rushed to her side for a tearful reunion, was that her hair had been dyed and cut.

"We saw the little things other people didn't... I was just angry that someone tried changing her, to kind of fit what they wanted."

Cleo told them about how the hair dye "didn't work." She was really confused why it was happening at all.

"I was going to explode... the things she was saying. I was so angry," Ellie told journalist Tara Brown. 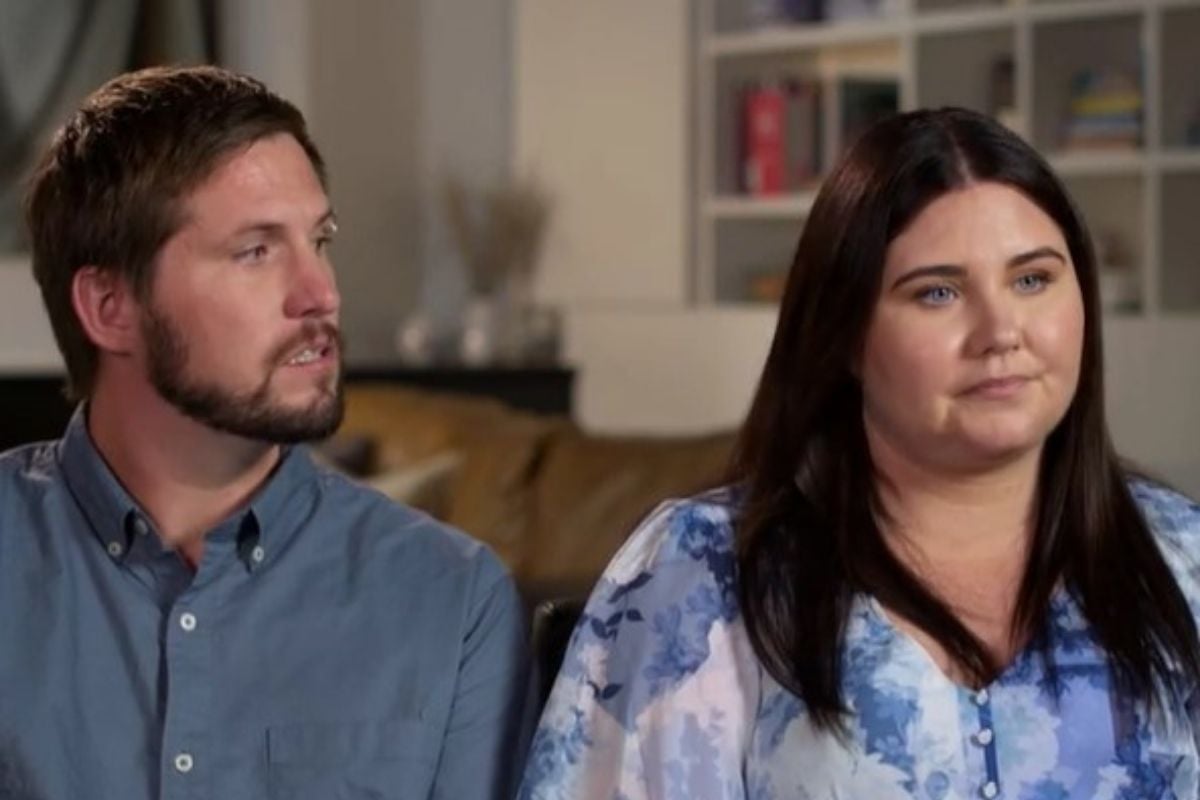 When police burst into the home where Cleo was being kept, she was awake, alone, and playing with cars. Her mum explained, "her night and day was very mixed up. She told us she could hear dogs barking, and the police have confirmed the house is basically how it has been posted on social media."

Photos from inside the home of Terrance Kelly - the man charged with Cleo's abduction - show walls and walls of dolls; mainly barbies and Bratz dolls.

"That's what he wanted... he wanted a little doll," Ellie told 60 Minutes.

Cleo's parents don't yet know the details of what happened to the four-year-old inside the Carnarvon home of Terence Kelly.

"She's blocked out a lot," Ellie told 60 Minutes. "She went into survivor mode and pushed it very far away."

"Every day and night is different. But she's OK. She's, happy, she's bubbly. She's sad, she's angry. But she's getting there."

The morning after they were reunited, Ellie remembers Cleo dancing around the house singing.

"She was just so happy... it was such a beautiful moment to see her as the old Cleo. But you could still see - we've seen her do it a million times before, and now a million after and it's still different. She's still different, and she always will be. But that's just our life now," she said. 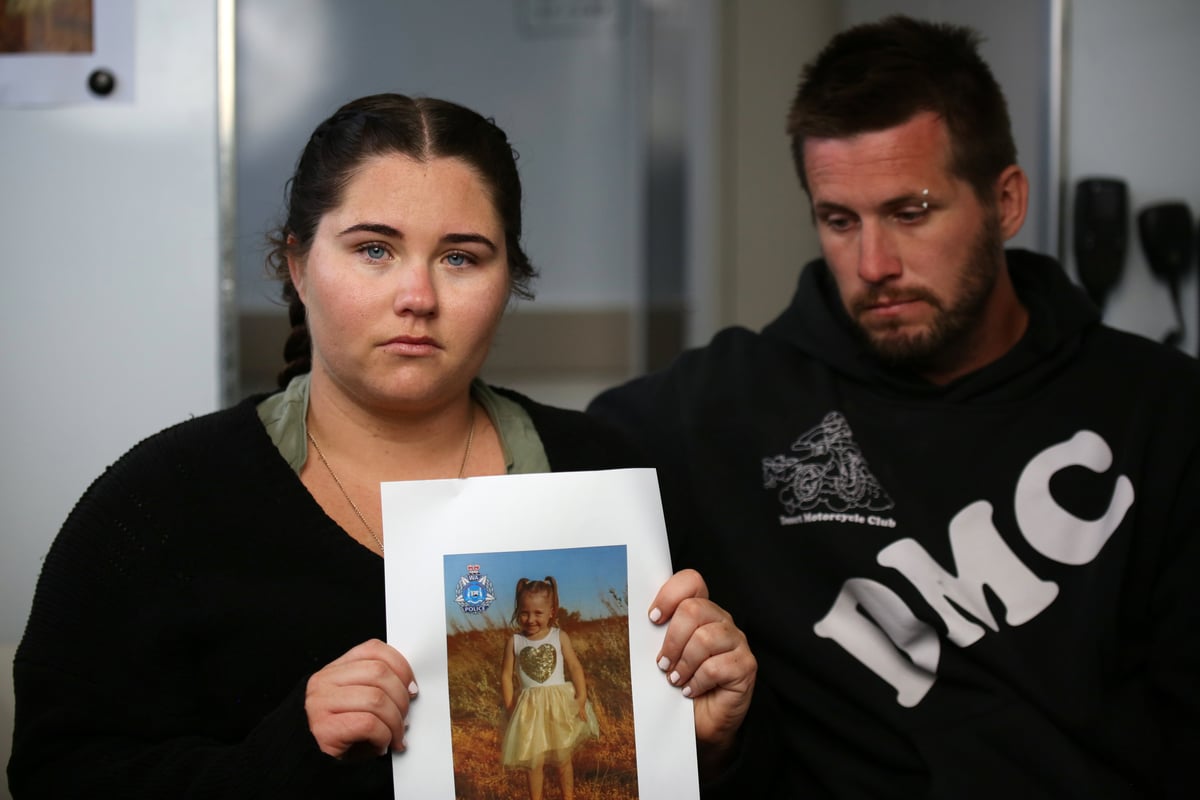 Once she got home, Cleo didn't like doors being shut or lights being turned off.

"Still to this day....[but] the first week it was probably the worst. We had to have all the doors open, all the lights on just for her to go to sleep and even then she'd wake up screaming. It was nightmare after nightmare."

Both Jake and Ellie acknowledge that they've got a long way to go in the healing process, and are steeling themselves for the fact that one day they'll find out everything that happened during her abduction.

"We're going to have to carry that as well," said Ellie.

Jake and Ellie don't know the intentions of her kidnapper, who two weeks ago pleaded guilty to kidnapping. As they told Tara Brown, they don't think he knew what his intentions were.

While Ellie says she's "angry" her four-year-old was left alone for long stretches of time in his house, she told 60 Minutes, "I guess at the same time for me as a mother, he wasn't there to be able to hurt her. So it might have been the time she was safe from him."

Kelly will be back in court next month.

Ellie and Jake want to start again; a new beginning.

As they told 60 Minutes, they've decided to pack up their home in Carnarvon and hit the road on a camping trip across Australia.

This time they'll be in a lockable caravan, not a tent.

"We're going to move... we're going to tour WA as much as we can (because we can't cross the border), [but] we want to do all of Australia and find somewhere to have a fresh start," Jake and Ellie said.

They want to create new memories. New memories to drown out the nightmare that was 2021.

"We're trying to put it into a positive side of we're going to travel and let the girls experience a different life to what we originally thought. They're going to have such an amazing life and we're going to stay positive about that," said Ellie.

Reply
Upvote
2 upvotes
Jeez, what a nightmare. And so many people (myself included) thought intially that they had something to do with it. I hope they take the money from the interview and have an amazing time traveling around.

Reply
Upvote
1 upvotes
I can't imagine what it must be like to go through all this. It's not mentioned in the article (and I haven't watched the interview), but I hope there's some serious therapy going on here, for all of them. I hope they have a wonderful time on their caravan trip, sounds like a great chance for some family bonding.
News
General
Opinion
True Crime
Politics
Sport
Explainer
Entertainment
Celebrity
Reality TV
Movies
TV
Books
Rogue
Royal
Lifestyle
Beauty
Fashion
Weddings
Home
Wellness
Health
Fitness
Travel
Food
Parents
Before The Bump
Pregnancy
Baby
Kids
Teens
School
Parent Opinion
Work & Money
Money
Finance
Career
Lady Startup
Relationships
Sex
Dating
Separation
Friendship
Family
Real Life
Couples