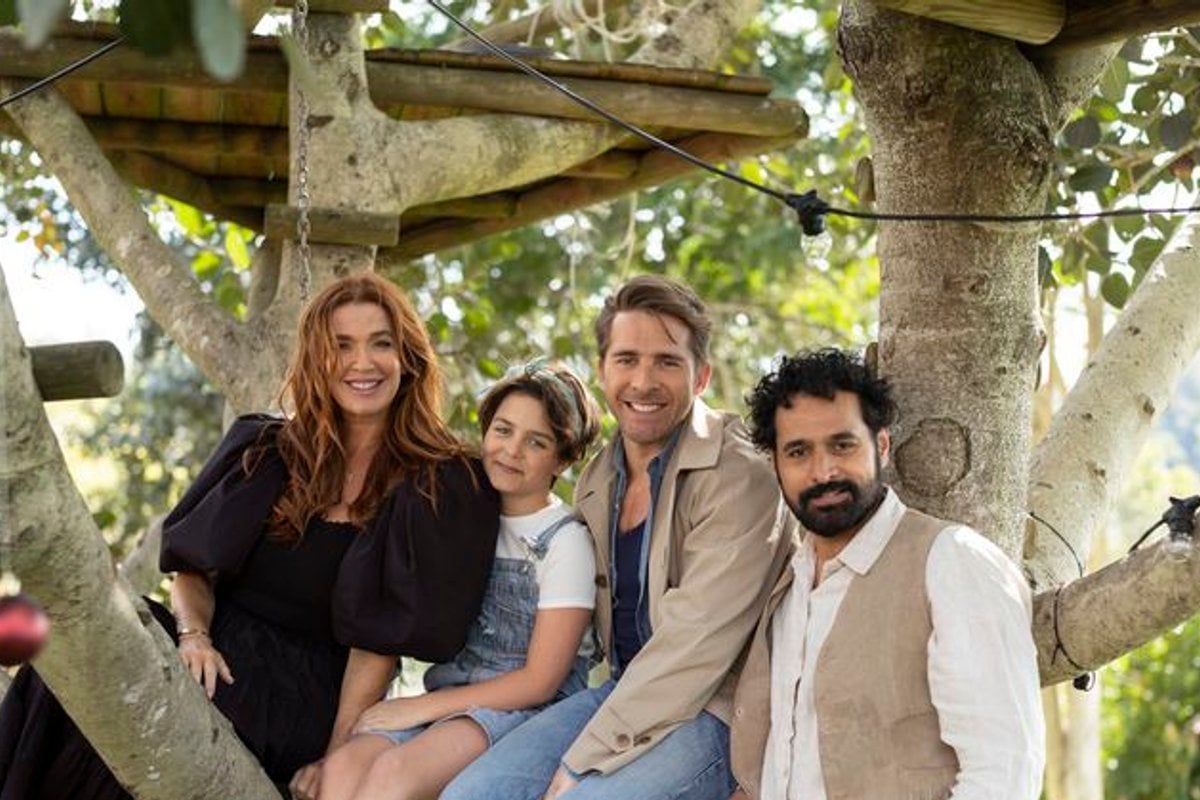 The Christmas season is fast approaching and Stan has got us locked and loaded with its newest original film, Christmas On The Farm.

Christmas On The Farm is a classic holiday rom-com that explores the life of Australian author Clementine Jones Montgomery, whose book details the nature of growing up on the outskirts of Queensland at an idyllic farm with her husband and daughter. The book, a collection of recipes and sweet anecdotes about Aussie life, is almost guaranteed to become an international best seller.

However, what we will come to learn by watching is that 'Clementine' is not at all who she says she is.

Watch the trailer for Stan's Original Film Christmas on the Farm. Post continues after video.

In fact, she is actually Emmy Jones, a ghostwriter living in New York and the daughter of Clementine.

As you could probably guess, she is passing her late mother's journals off as her own. And those anecdotes she uses regarding her family, are completely fictitious.

It's an elaborate lie, one many of us would find difficult to get out of. And that's exactly how Emmy feels, as she is forced to become the face of a story that is not her own.

But wait - it gets better.

In order to actually get her coveted book deal, Emmy must host the publishers in her late mother's home to show them what a real, authentic Australian Christmas is really like. To convince them she is who she claims to be, Emmy will rope in her cousin David (Hugh Sheridan) and his husband Miles (Nicholas Brown) to help maintain her spruced up ruse.

Now we don't want to drop too many spoilers for you, so all that we'll say is Christmas on the Farm is filled with romance, comedy and a sweet reminder that with support, love and a little bit of determination - there's not much that isn't possible. 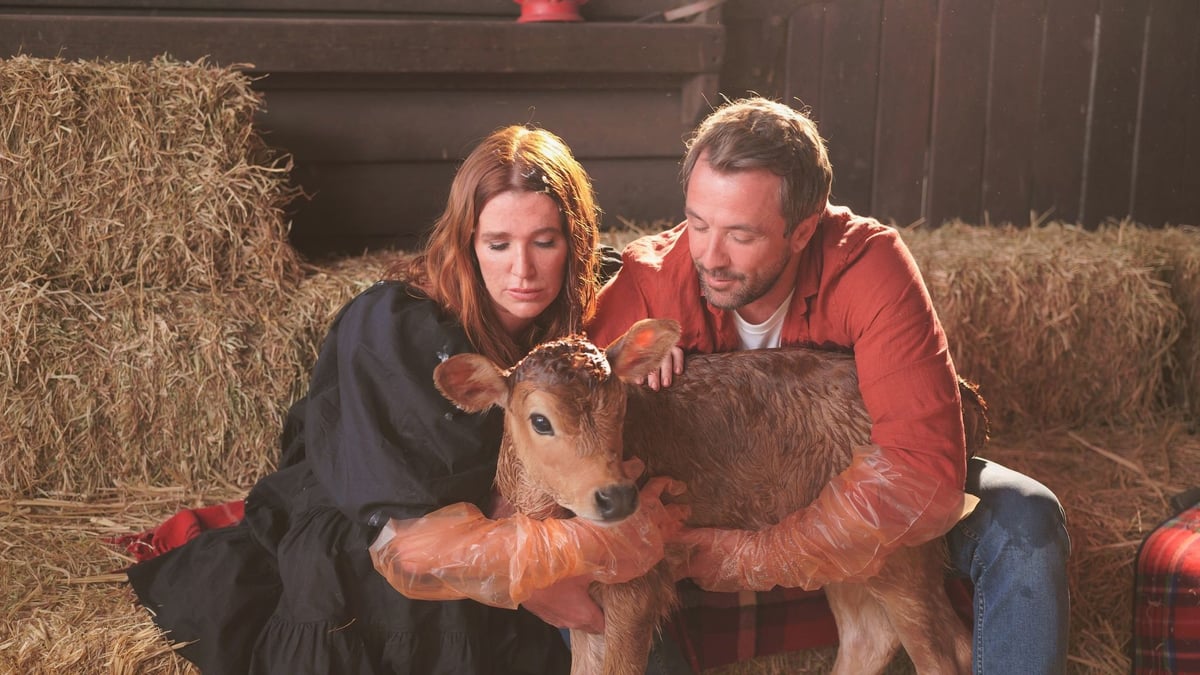 Christmas on the Farm is a rom-com we all need to be watching this December. Image: Stan.

It is written by renowned 'Christmas Queen' screenwriter Jennifer Notas Shapiro, who known best for her Hallmark works including Christmas Lost And Found and Wrapped Up In Christmas.

The film will star Poppy Montgomery as Emmy Jones, along with David played by Hugh Sheridan - who many will recognise from his time spent on Packed To The Rafters. The film will also include Australian actors Darren McMullen and Nicholas Brown.

Brilliant TV and films hailing from Australia are all the rage at the moment, and so much of it is because of Stan and their many local Stan originals. A recent example includes last year's A Sunburnt Christmas.

Stan Chief Content Officer Cailah Scobie, who is working alongside Hoodlum entertainment again to produce Christmas On The Farm, says: "With a stellar casting line-up of proven Aussie stars on board, we can’t wait for our subscribers to watch Christmas On The Farm this holiday season.”

Hoodlum Entertainment CEO and founder Tracey Robertson told Mamamia in a statement: "We’re thrilled to kickoff our first Stan Original with this fun and festive feature, and a wonderful cast of characters that have come to play with us here in Queensland."

"We need to laugh and love now more than ever."

Well, we know what we'll be queuing up to watch this Christmas.

Christmas on the Farm premieres 1 December, only on Stan.