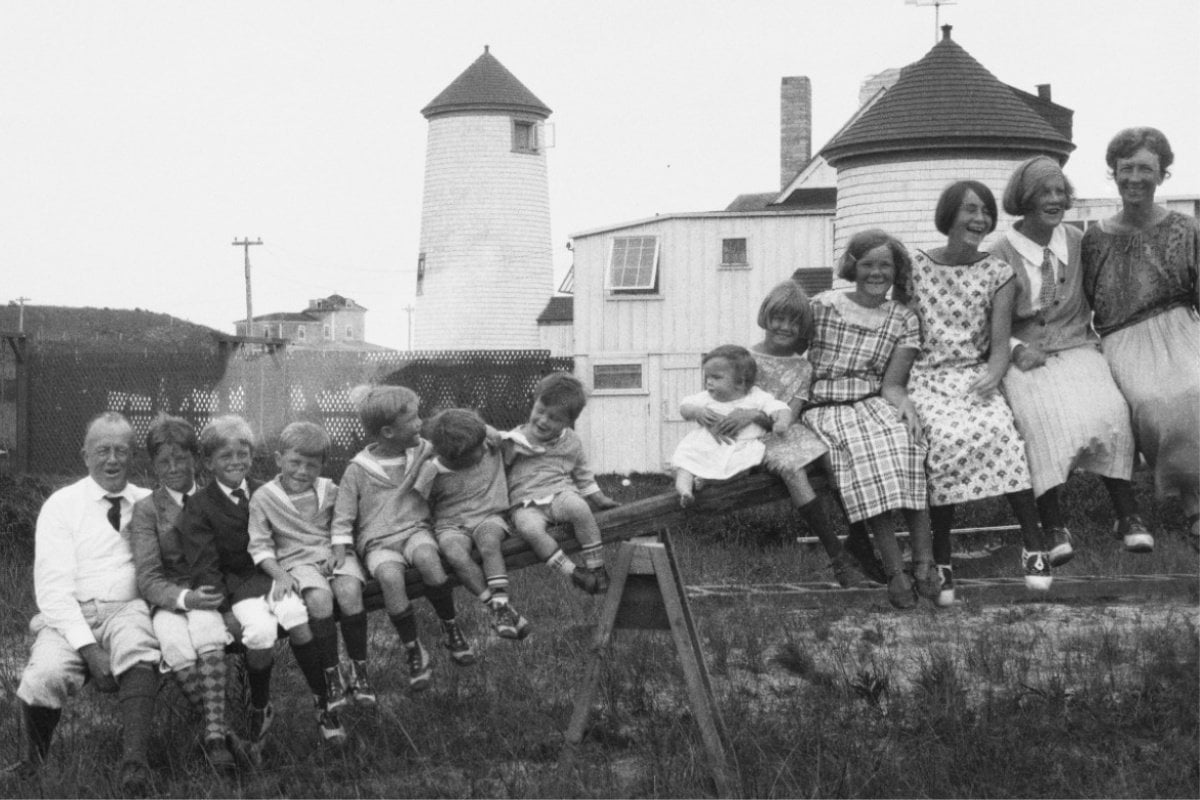 The mum, Dr Lillian Moller Gilbreth, was the genius who invented the foot-pedal bin, the shelves in fridge doors (including the butter and egg compartments), and much more.

Did we mention she had 12 kids?

Watch the trailer for the 2003 film Cheaper by the Dozen here. Post continues below.

Lillian Moller was born into a well-off family in California in 1878. Shy but smart, she was determined to become a career woman. Her parents would only let her go to university if she lived at home and took care of her younger sisters, so she did.

While still at university, she met Frank Gilbreth, a construction company owner, and the two formed a team of efficiency experts. They married in 1904.

“Although a graduate of the University of California, the bride is nonetheless an extremely attractive woman," the local paper wrote. 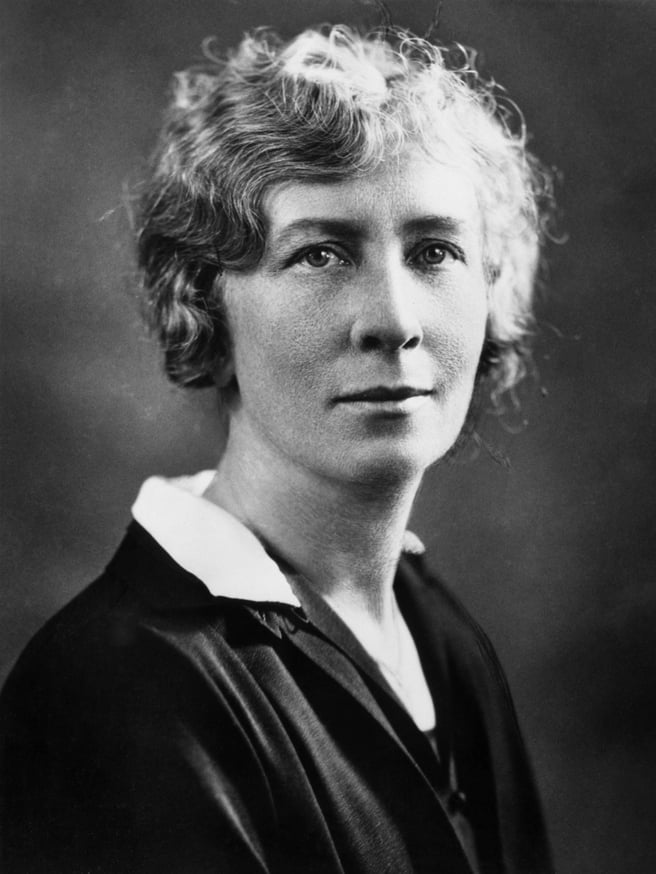 The couple went on to have Anne, Ernestine, Martha, Frank, Mary, Bill, Lillian, Fred, Dan, John, Bob and Jane. Mary died of diphtheria when she was five.

The household was run in a very regimented way. Frank expected the kids to come running whenever he blew a whistle. There were charts in the bathroom where each child had to mark off brushing their teeth, taking a bath, combing their hair and making their bed. As well, every child had to weigh themselves every night and plot the figure on a graph. Any child who wanted extra pocket money by doing a job like painting the porch would have to submit a sealed bid, and the lowest bidder would get the contract. 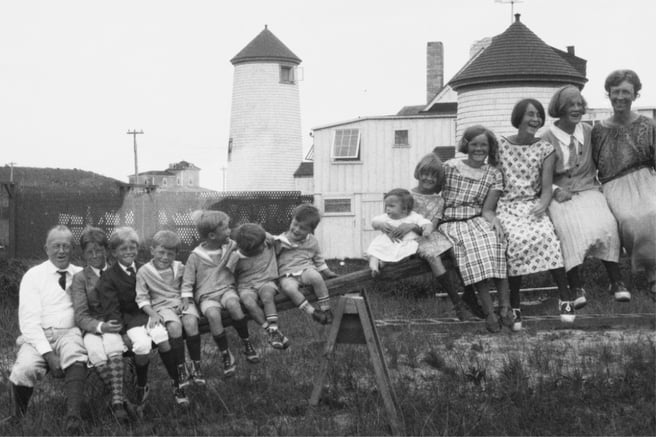 The couple not only worked as efficiency experts, they wrote a series of books about their techniques, including Concrete System, Bricklaying System and A Primer Of Scientific Management. But Lillian wasn’t named as co-author because the publishers felt it would weaken the credibility of the book to have a woman’s name on it.

Then, in 1924, Frank had a massive heart attack while in a phone booth talking to Lillian. He was dead at the age of 55. Their youngest child, Jane, was just two.

In Cheaper By The Dozen, Frank Jr and Ernestine wrote that their mother changed after their father’s death, losing her fear of fast cars, aeroplanes and walking alone at night.

“Now, suddenly, she wasn’t afraid anymore, because there was nothing to be afraid of. Now nothing could upset her because the thing that mattered most had been upset. None of us ever saw her weep again.”

Lillian continued working as an efficiency expert. She had to, to provide for her family. But because a lot of companies didn’t want to do business with her, being a woman, she turned her focus to kitchens.

“If the only way to enter a man’s field was through the kitchen door, that’s the way she’d enter,” wrote Frank Jr and Ernestine in Belles On Their Toes, the sequel to Cheaper By The Dozen.

In the 1920s, women were spending up to half their day in the kitchen. Lillian redesigned the kitchen layout into an L-shape so that women could cook more efficiently. She did an experiment that proved that in a kitchen with her layout, a strawberry shortcake could be baked by taking just 45 steps, instead of the usual 281. She also did a study of more than 4000 women to find the best height for stoves and other kitchen fixtures.

Then there were the inventions. She invented the foot-pedal bin, which is standard in kitchens now. She also came up with the idea of putting shelves in fridge doors, with special compartments for the butter and eggs. She also held patents for the wastewater hose for clothes washers and an electric can opener.

All this was despite the fact that she didn’t know how to cook herself. She and Frank had always hired someone to prepare meals for the family.

“We considered our time too valuable to be devoted to actual labour in the home,” she told a group of businesswomen in 1930. “We were executives.”

In the late 1920s, Lillian was hired by Johnson & Johnson to carry out a ground-breaking study into “the perfect menstrual pad”. After surveying more than 1000 women, she came up with a long list of detailed recommendations. The last one began, “It is essential that a woman be added to the staff of Johnson & Johnson and that all products be submitted to women for inspection of design and tests for actual use.”

Her reputation grew. During the Great Depression, she was hired by President Hoover to head a job creation scheme. She was a government adviser during WWII. She continued to write and educate. When she was 86, she took up a new job as a lecturer at Massachusetts Institute of Technology.

birdie a year ago