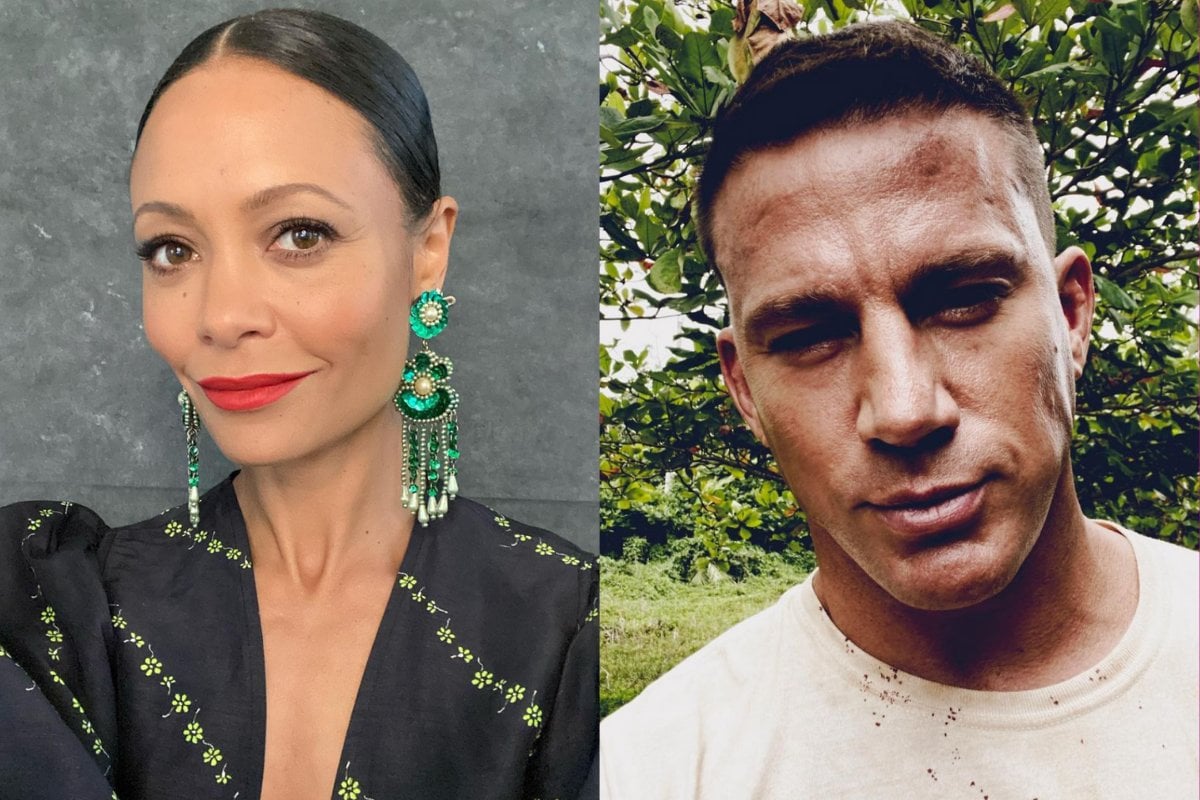 Filming on the third Magic Mike movie came to a halt yesterday in London after actress Thandiwe Newton abruptly exited the production.

Initial reports indicated that Newton's exit was due to a very heated verbal exchange between her and co-star Channing Tatum, who plays the lead and is a producer on the film.

The argument was supposedly over the infamous 'Oscars Slap', where Will Smith slapped Chris Rock on stage after a joke was made about Jada Pinkett Smith. For you film buffs, you'll remember that Newton and Smith acted together in 2006's The Pursuit of Happyness.

Watch the trailer for the second Magic Mike film: Magic Mike XXL below. Post continues after.

According to The Sun, a crew member said: "Channing Tatum is the producer and number one on set. Thandiwe Newton is the number two star. But 11 days into shooting and it’s all over.

"They fell out over the debacle at the Oscars. I was on set. I watched her and watched him. They were in and out of the house where we were filming having this confrontation. It was a tense exchange of words, but suddenly it escalated – Channing got into this car and he disappeared.

"People looked at each other and thought, 'Wait, we’re supposed to be filming'. After the row he just went, 'I am not working with her anymore'. Him being a producer, it’s his movie, so she’s off the movie."

Newton was also accused of "diva-like" behaviour on set and was promptly fired after the exchange with Tatum.

However, according to news today from Page Six, the argument and the firing was a fabrication.

"This report is completely inaccurate," a spokesperson for Newton said.

Instead, Newton is leaving the production - and being replaced by Salma Hayek - due to mental health issues and will likely check into a rehab clinic after flying back to the States.

Sources told the publication that Newton has been "battling emotional and family problems after separating from her husband of 24 years, Ol Parker." She and Parker have three children together.

"Thandiwe had been acting strange on set, she has been very highly strung. Her apparent breakdown caused so much disruption, it became clear she couldn’t play the role," a source said.

"There is a lot going on in her personal life, she and her husband have separated. She seemed so stressed she even brought her two pet rabbits to her hotel for emotional support.

"She fired her UK agent of three decades, and then her US agent Gaby Morgerman flew in from Los Angeles to try to calm things down.

"Thandiwe’s team wants her to go to rehab for mental health support. She was supposed to leave immediately for a facility, they tried for a Malibu rehab, but they couldn’t take her. Arrangements are now being made to go to a facility in Arizona, if she agrees to go."

Multiple sources also told Page Six that there was no heated exchange between Newton and Tatum and that they "remain on good terms".

Whew! So, for the record, no one is fighting. This is not another Channing Tatum/Alex Pettyfer situation.

In case you missed it, back in the first film, Magic Mike, there was tension between Tatum and co-star Pettyfer over on-set behaviour and money owed.

As Pettyfer later said on Bret Easton Ellis' podcast: "Channing Tatum does not like me. For many reasons. Many being my own fault... I had a very negative past relating to the things that I had done on movies and promotion of movies. And Channing Tatum is an extraordinarily smart businessman. I think he probably didn’t want to get into a conflict with Steven [director Steven Soderbergh] and so I was cast.

"I didn’t speak on the movie [set]. I was scared to speak. I did my work and then I sat in the corner and listened to music because I’d been told that anything I do was wrong by my reps and I was very insecure as a human being.

"That also gave me a bad rep because they said, ‘Oh Alex thinks he’s f**king better than everybody else because he doesn’t speak to anyone.’ And that’s not true. I was genuinely nervous and scared to be myself." 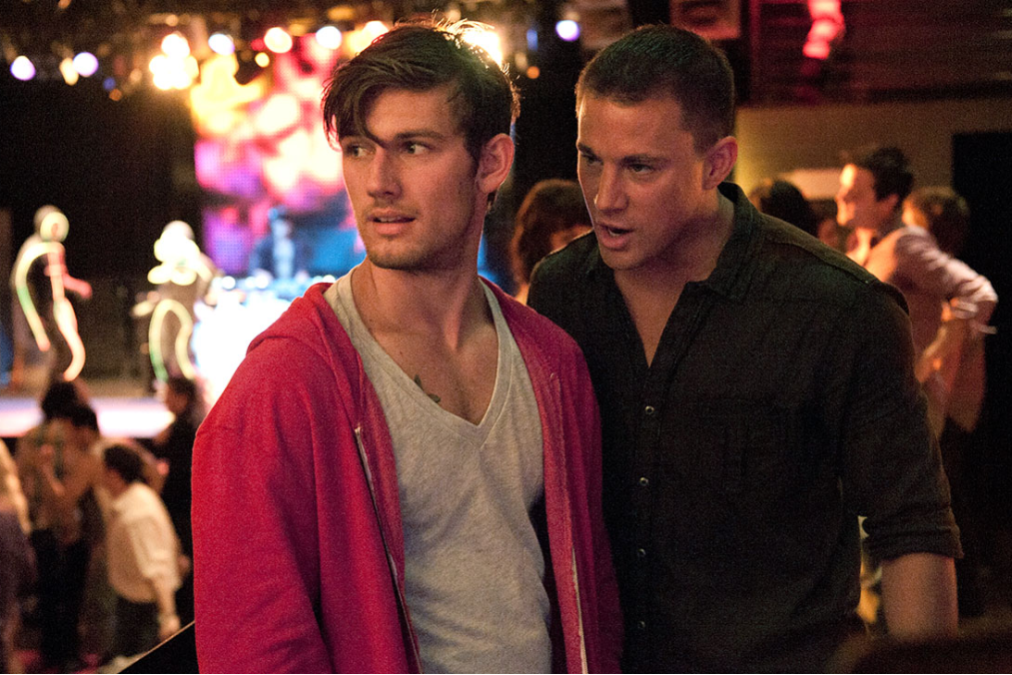 Friends in the film. In real life? Not so much. (Image: Warner Bros)

Pettyfer went on to explain that he later rented an apartment from a friend of Tatum's. He moved out shortly after and did not pay the rest of the rent owing. His cousin died suddenly and he forgot all about it.

"I all of a sudden got a very negative email from Channing, rightfully so, saying, 'Don’t f**k my friends. You owe money. Pay the f**king money. Don’t be a clown.'"

Pettyfer said he was repeatedly hounded for the money and decided not to pay.

"By the end of it I just basically said, 'F**k them. What is money when life is so much more?' and, 'I’m not dealing with this, and I’m not paying.' I should have just paid. I think he was looking for an excuse to not like me."

After returning to the set of Magic Mike for reshoots, he noticed he was on the outs with everyone.

"[Tatum] had already told everyone he didn’t like me. And what Channing says goes because he’s a movie star. He’s incredible. He’s done so well for himself."

Tatum has not responded to Pettyfer's claims, and given that it has been seven years since the first film, it's probable he never will.