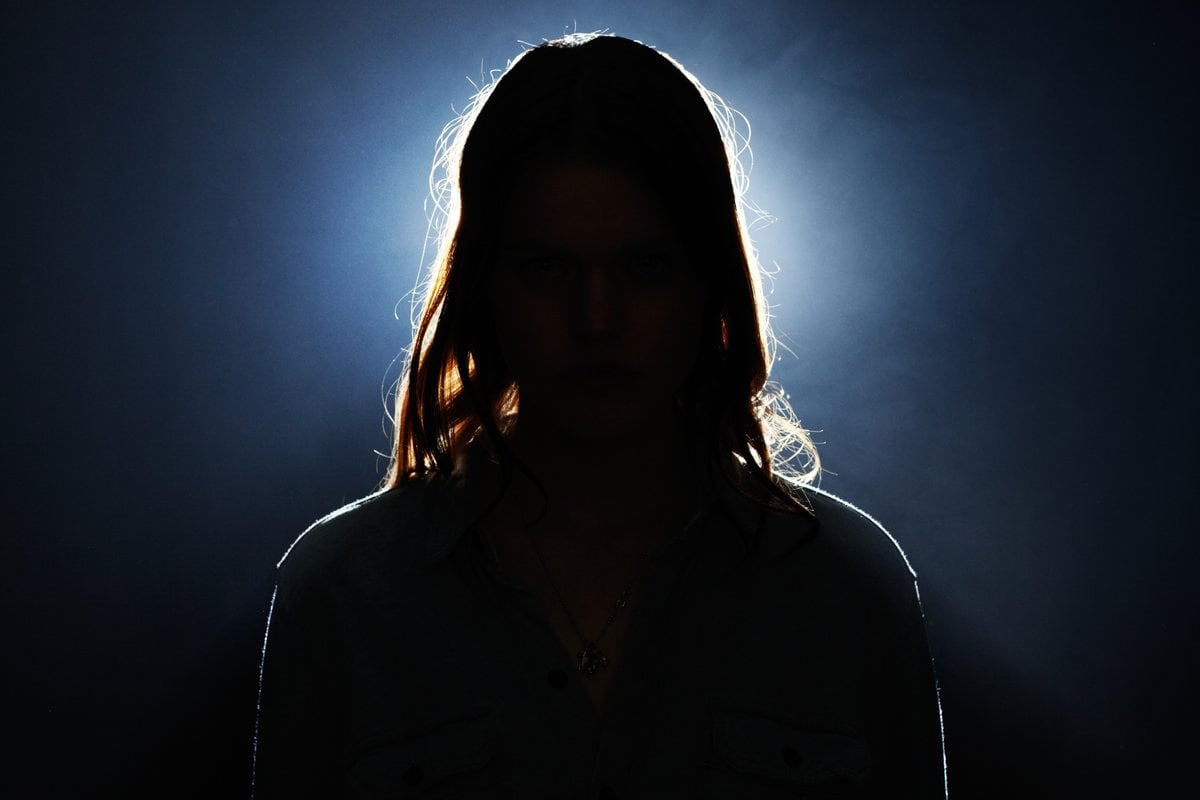 I met my future husband in high school; we started dating when we were just 16.

From the very beginning he made me feel incredibly special, he’s one of those people who is always very engaging, making anyone in his company feel like his only focus - charming, charismatic, the life and soul of the party.

After school he was so dedicated to his career that he worked extremely long hours, sometimes working until 4am.

The downside of it all was that he could be very controlling, particularly financially.

He would check through our bank statements and question me about every dollar spent. He would look through the grocery bill and get annoyed if I didn’t buy home-brand milk or a cheaper brand of many other items.

Yet without hesitation he’d shout groups of friends endless rounds of drinks at dinner to be seen as the ‘hospitable guy’.

Late in my first pregnancy I developed really painful pelvic symphysis, and I was told by a physio that I shouldn’t walk anymore. Walking to work was no longer an option, however my husband refused to let me take a taxi because of the small cost and insisted I get on a bus and walk the rest of the way.

There are many examples of controlling behaviour like this.

He was a compulsive white liar, too. He would, for example, call in sick to work and say it was because his father had suffered a heart attack. Who says stuff like that?

After we had children, his working hours improved. He was then home from work most nights at 6.30pm and didn’t travel as much. Although we had challenges in our marriage with young children, life (at least to the outside world) was peachy. We were regularly intimate during our relationship and he was even pushing for us to have another child. He would even joke about hiding my pill.

Then one night my life changed forever.

He was out at the football with friends, and I was at home. He'd left his work phone in the house that night. Late into the evening, the phone started beeping incessantly.

I’d never checked his phone before in the almost 20 years we’d been together. But something compelled me to look this time. Initially, it was just a text from a mate but then another message appeared, which confused me so made me look further.

I then found a really sexually explicit, shocking message about a meet-up with a man.

I could not believe my eyes, it didn’t make sense. I didn’t understand what I was reading. Could it have been a mistake? A wrong number maybe?

Frantically, I searched through the rest of his phone. And that's when I discovered the truth about his double life.

For many years, it seemed, my husband had been hooking up with men using Craigslist.

It seemed it was as simple as leaving work to go to the gym and meeting a stranger (whose face you might not even see) in the gym toilets, or in our local park, in our garage, or in the airport, wherever. Whenever. Quick and easy.

I discovered a whole world out there I didn’t know existed. How was I so naïve?

Some of the messages between him and other men were so explicit, I was in shock.

Initially, I just forwarded a few of the emails to myself as evidence. Then, a few days later, I confronted him. He denied everything, and being the expert liar he is, I would have been convinced if not for the piles of evidence I uncovered with my own eyes. He had this ability to make me feel like I was just emotional or sensitive.

He begged to stay together. He said we will look back in years to come and this would be a blip in our marriage. After all, we’d been through everything together.

I kept his secret for a while, and then he said, “I want us to stay together but if you’re not going to stay, you need to tell me”. He then threatened me by saying if I leave him I need to be aware of the consequences this is going to have on my life and the kids.

He said I should be careful about listening to friends and family (who were supporting me to leave him).

The threats were intermingled with desperate cries of 'I love you' and 'I will never lie to you again' and 'You're the only person I want to wake up next to'.

Listen: Once A Cheater, Always A Cheater? Post continues after audio...

But then he'd turn nasty again, saying he was going to screw me over in court if I left.

I knew he was right, his controlling and manipulative behaviour would probably mean I'd go through hell and back if I left him, but I simply couldn’t stay. Part of me wanted to. For my children. I couldn’t bear the thought of living away from them, they were so young and needed me so much. I wanted to be around to protect them and give them the love they deserve.

But mentally I knew I couldn’t survive staying in the marriage. I couldn’t fake it and it wasn’t an example I wanted to set for my children.

During the early stages of our separation, he hid large sums of money from me. He took valuable assets, stole the letter box key and took lawyer letters addressed to me. He stole our computer - which contained family photos, including the birth of our children.

He'd do things like have the electricity to the family home turned off, even though I was paying the bill.

I now know he’s a textbook narcissist, and one of the hardest parts of this scenario is that I can never distance myself from him because we have children together and somehow need to co-parent.

It’s been four years since I found out. Initially, I was in shock and in survival mode. I saw men in a different light. I would look at strangers in my day-to-day life and wonder if they ever hooked up with my husband on their way home from work. It was a lot to get my head around and sadly I’m forever changed. The world is darker than before. My rose-coloured glasses are off. But there is always a silver lining.

Looking back, it was a bit of a relief when we broke up. Even though it was terribly difficult, I was sad for my children more than myself, because it’s not what I wanted for them.

Since we broke up, there hasn’t been one day that I’ve missed him. I’ve found myself again. I didn’t allow myself to acknowledge how unhappy and controlled I was within the marriage until I wasn’t with him anymore.

I think it’s important to trust your gut and believe in your own strength. I couldn’t image surviving the ordeal I have... but I did. You do what you need to do to survive for yourself and your children.

I found a strength I didn’t know existed. And I’ve found happiness again.

Reply
Upvote
2 upvotes
What a controlling narcisist he was. So glad for you that you finally left.
C
caring mother a year ago