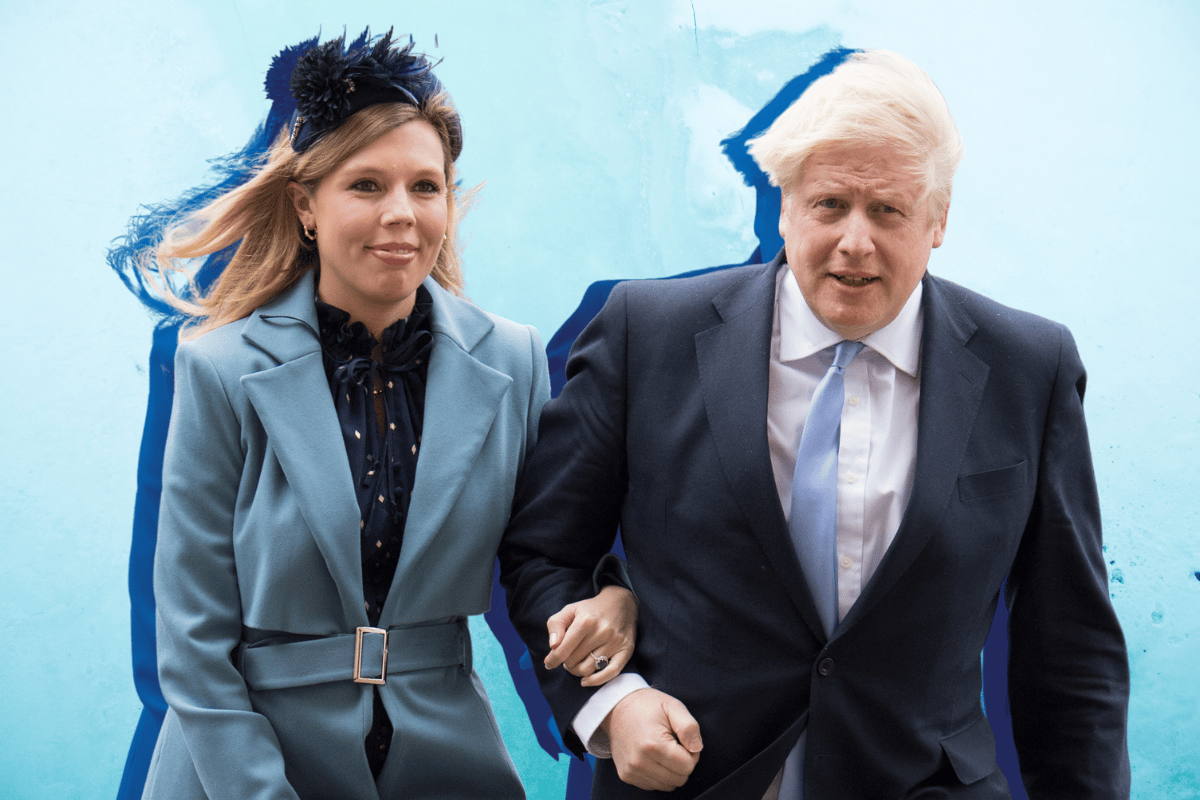 In a post on her private Instagram account, Carrie shared that the couple are expecting a baby in December after suffering a miscarriage earlier this year.

"Hoping for our rainbow baby this Christmas," she began the post, according to The Sun.

"At the beginning of the year, I had a miscarriage which left me heartbroken. I feel incredibly blessed to be pregnant again but I've also felt like a bag of nerves."

It comes after the pair welcomed their first child together, Wilfred Lawrie Nicholas Johnson, in April last year.

Boris, 57, and Carrie, 33, announced they were expecting their son back in March last year on Instagram: "We've got a baby hatching early summer," Carrie wrote.

Wilfred is Carrie's first child and is believed to be Boris' sixth. That said, he continuously refuses to confirm how many children he has.

Here's everything we know about his past relationships and family life.

Johnson’s marriage to Marina Wheeler and a string of affairs.

The couple would go on to have three more children: Milo Arthur, Cassia Peaches and Theodore Apollo.

But seven years into their marriage, Marina became aware that Boris was having an affair with journalist Petronella Wyatt.

In November 2004, tabloids discovered that Petronella had an abortion a month earlier confirmed by her mother. Boris  denied the affair, calling it "complete balderdash". It was later found to be true and his lies cost him his post as shadow culture minister at the time.

Then came news of another affair 18 months later.

The News of the World reported that Boris was having an affair with journalist Anna Fazackerley. The paper had hacked her phone and hired a private investigator to follow her.

Listen: The Mamamia Out Loud team discuss the fact that Boris Johnson won't reveal how many children he has. Post continues below.

In 2012, Britain's High Court ruled the media was justified in publishing stories about the child "because the mayor’s 'recklessness' in conducting extramarital affairs, which has resulted in two children being born, called into question his fitness for public office," The Times reported.

The court case claimed Boris had fathered a sixth child, but there has never been any public information about this, so the exact number of his children remains unconfirmed.

In 2018, he was wrapped up in yet another affair - this time with Carrie.

Just weeks later, Boris and his wife Marina announced they had begun divorce proceedings after 25 years of marriage.

Boris and Carrie announced their engagement back in February 2020.

The year before, the couple's relationship made headlines when police were called to an alleged altercation at Carrie's south London home, after they were believed to be fighting.

In a recording made by neighbour Tom Penn, Carrie is heard telling Boris to "get off me" and "get out of my flat," The Guardian reported.

Boris has repeatedly refused to speak about the incident.

The couple are now living in Downing Street together with their one-year-old son, Wilfred.

On May 29, 2021, they married in a low-key ceremony planned in strict secrecy.

The pair exchanged vows in Westminster Cathedral in front of a small group of close friends and family.

Downing Street confirmed the news a day later, writing, "The Prime Minister and Ms Symonds were married yesterday afternoon in a small ceremony at Westminster Cathedral.

"The couple will celebrate their wedding with family and friends next summer."

They are said to have sent save-the-date cards to family and friends for the celebration on July 30, 2022. 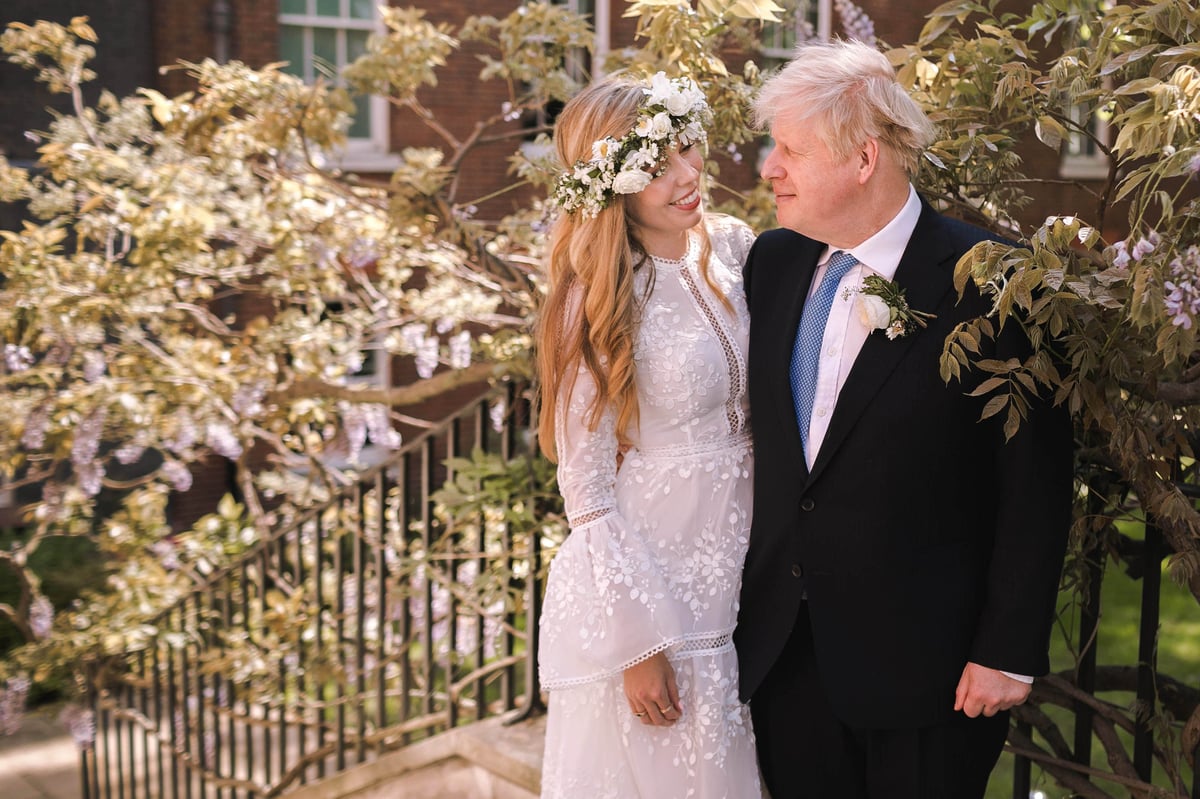 A picture issued by No 10 of the couple in Downing Street's garden after the wedding shows Carrie wearing a long white dress and a floral headband and the Prime Minister a dark suit and blue tie, with a white flower in his buttonhole.

The ceremony meant Boris became the first Prime Minister to marry in office since Lord Liverpool married Mary Chester in 1822.

The wedding came at the end of a difficult week for the Prime Minister in which his former aide Dominic Cummings branded him unfit for office.

Dominic said Carrie had been desperate to oust him from his role as Boris' right-hand man, and had sought to put her own friends in key positions.

Dominic also claimed that in February 2020, when the pandemic was becoming a major global crisis, Boris was "distracted by finalising his divorce, his girlfriend wanted to announce being pregnant and an engagement".

Calling all home-cooks! Like a $50 gift voucher for your thoughts? For your chance, take our quick survey  .

Reply
Upvote
This guy is just a creep and he is Prime Minister!!! let alone what he has married if rumors' are true re her wonting "friends in office"
M
mamamia-user-482898552 a year ago