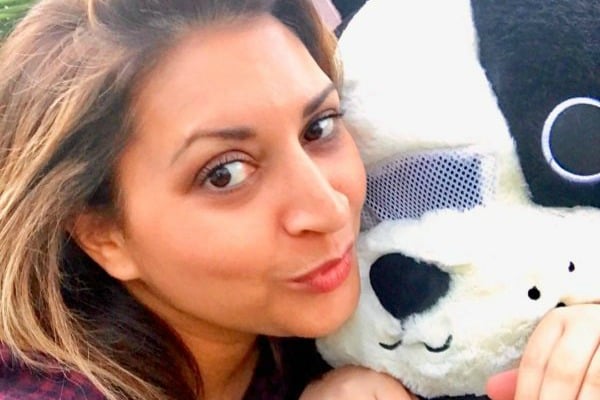 Did you know you could still f*ck up Book Week, even if you’ve managed to get your kid in a loosely-book-themed costume and they’re happily parading with their class in front of the whole school?

You may still not have done enough, my friends.

No matter how much you think you’ve nailed it, there are ways it could all go wrong: unless you follow these unwritten, but extremely important, almost-legislation-like, parenting rules.

1. The more homemade the costume is the better, but don’t let it look like sh*t.

If you’re a parent, you already know that the parade is 50 per cent about parents judging each other for how much they love their kids by the costume their child is wearing.

A store-bought costume may look good, but we all know that a costume that didn’t involve your sweat, tears, and sanity just doesn’t look as good.

Having said that, if it’s homemade, it has to look ah-mazing. Throwing some crap together just won’t cut it. Dear God, no.

For example, this is my son dressed as Willy Wonka with sh*t I pulled together:

And this is my nephew dressed as Dumbledore, which my sister DESIGNED AND SEWED FROM SCRATCH:

2. You gotta post it to social media, because did it even happen if you don’t?

Everyone in your life is dying to see pics of your cherub dressed up in some costume and comment “Super cute! Heart-eye-emoji” and then get on with their day.

Don’t deny them that chance.

3. You must tell the other mums their kids look adorable, even if they don’t.

This is a tough one, but it must be done. Because, you know, #sisterhood, #village, etc.

Even though unwritten rule #1 is a real thing – don’t let the costume look like sh*t – there will be, I’m afraid to say, some parents who made no effort at all. Or worse, let their kids dress themselves.

And when this terrible eventuality occurs, you will still need to be polite.

Case in point: one year a boy came dressed as Old Mother Hubbard… arriving at school in tears.

I have precisely no explanation for the costume (not because of gender, but because which kid wants to go as her?), but his mum was very pleased with herself, and clapped and cheered as he followed his class around in the parade with his head bowed.

It was horrible, and is seared into my memory.

But on that morning, watching the scene unfold, I found myself telling the mum in empathy, “Oh, that was a clever idea”, because I am a BIG FAT LIAR.

On the latest episode of This Glorious Mess, Yumi Stynes chats about what your daughter needs to know when she gets her period. Post continues after podcast.

4. Under no circumstances are you allowed to dance or sing at the parade.

Listen, you might have taken the morning off to attend the parade, and you’re thrilled to not be sitting at your desk even if it means you must watch years kindy to six circle the playground twice – but sorry love, it’s not all about you.

Yes, they’re playing S Club 7’s 'Bring it All Back'. Yes, that’s the most goddamn catchy song and reminds you of your youth. But control yourself, or you’ll risk significant backlash from your child.

And again, yes, I learned this the hard way (in case you were wondering/were present at my school during Book Week 2016.)

5. At the parade, you must cheer the teachers who dress up no matter how awkward they look.

Teachers are an amazing group who are always committed to their students' activities. You’ll notice them at the Book Week parade, diligently setting an example for the kids, perhaps wearing a silly costume, getting into the spirit of things.

Bravo. But I’ve found that some of them don’t like the attention… and some of them are not comfortable in costume. They’re the ones who deserve the biggest cheer from parents.

For example, I remember one year there was a young teacher who usually dressed conservatively, who was (seemingly against her will) thrust into a short, tight, low-cut Alice in Wonderland costume, which she kept pulling at as she walked.

Yes, it looked like it came from a sex shop, and yes, we didn’t know where to look/couldn’t take our eyes off her.

But at least it didn’t scar me for life like Old Mother Hubbard.

For more on Book Week:

Everyone in your life is dying to see pics of your cherub dressed up in some costume and comment “Super cute! Heart-eye-emoji” and then get on with their day."

They're honestly not. Aside from direct relatives and really close friends, everyone else is being polite when they make a requisite comment or "like" of such posts.