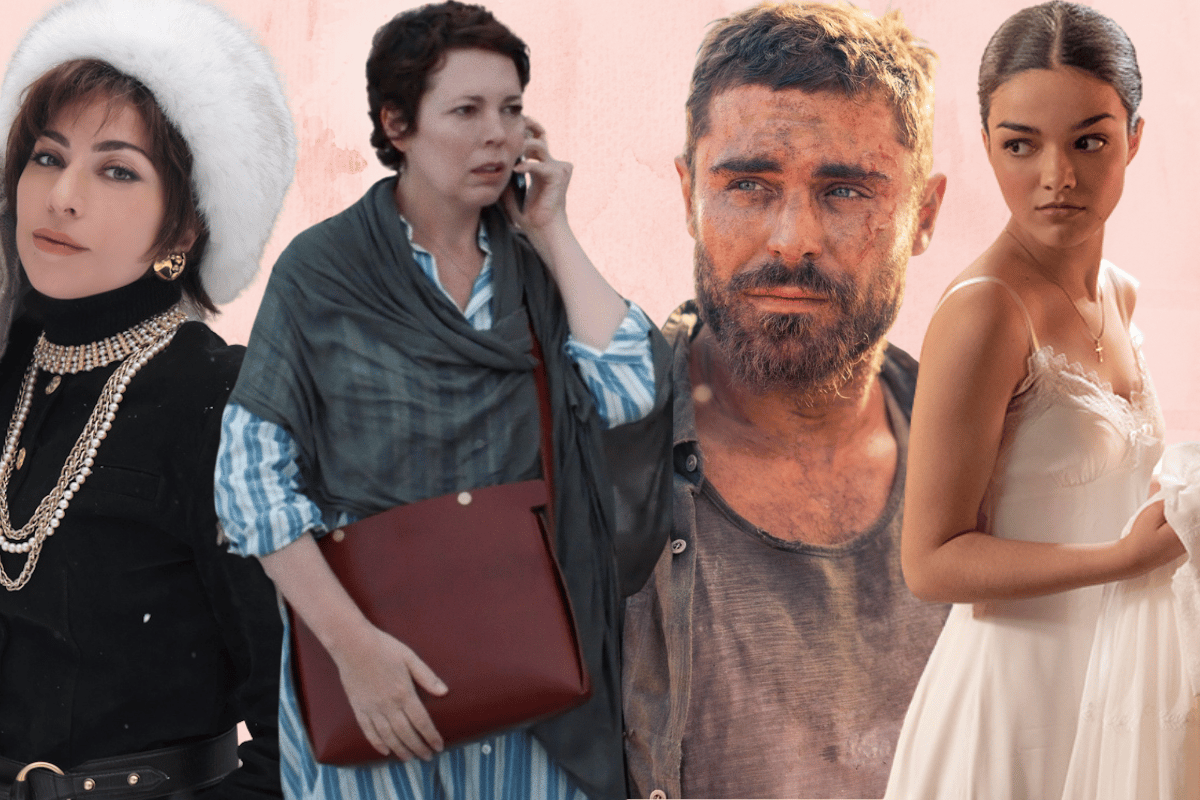 It's the most wonderful time of the year... to watch all the new release movies that have suddenly dropped onto our screens.

Sure, the summer holidays can be about spending time with loved ones, lazing at the beach, and spending up big at the Boxing Day sales on clothes you'll probably never wear, but they should mostly be about indulging in some quality (or just wildly entertaining) cinema.

With that in mind, here are seven of the best new movies to watch over the summer holidays.

There's nothing we love more than a peek into the lives of iconic Hollywood couples and Being the Ricardos, the new drama written and directed by the legendary Aaron Sorkin, offers up just that.

In the film, Nicole Kidman and Javier Bardem star as Lucille and Desi respectively and the story centres on their complex personal and professional relationship and all the drama that goes into making a particularly critical episode of their show.

Of course, the film isn't an exact historical retelling of Lucille Ball's life, who was a groundbreaking force when it came to women working in film and television production, but it still offers an interesting look into the life of one of comedy's most famous women.

The movie was even praised by Lucie Arnaz, the daughter of Lucille Ball and Desi Arnaz.

Watch it on Amazon Prime Video from December 21

Listen to The Spill hosts Laura Brodnik and Kee Reece debrief on the biggest TV show of the year.

West Side Story was initially scheduled to be released in late 2020 but due to the COVID-19 pandemic, it was pushed back a year. But now that it's finally here, it's easy to see that this is a movie audiences should have the chance to see on the big screen.

Directed by Steven Spielberg, the movie is actually the second feature-length adaptation of the 1957 stage musical of the same name, and keeps the original magic in place while offering up some welcome casting news.

The story is inspired by William Shakespeare's Romeo and Juliet and is set in the mid-1950s in New York City and focuses on the rivalry between two teenage street gangs from different ethnic backgrounds called the Jets and the Sharks.

A forbidden love story takes place when Tony (Ansel Elgort) whose friends make up the Jets, falls in love with Maria (Rachel Zegler) the sister of the leader of the Sharks.

West Side Story also marks the film debut of Rachel Zegler, who is also set to star as Snow White in the upcoming live-action adaptation of the classic Disney film.

Rachel scored the role by responding to an open casting call Steven Spielberg himself posted on Twitter and was selected from over 30,000 applicants for the role of Maria.

In cinemas from December 26

Nothing says Christmas like a satirical science fiction film that makes you think about the end of the world.

The movie focuses on two low-level astronomers who set out on a giant media tour to try and warn mankind that an approaching comet will destroy planet Earth, but nobody is really that fussed about it.

The movie features a stacked cast that reads like a guest list for an Oscars seating row. Leonardo DiCaprio and Jennifer Lawrence (in her first leading comedy role) play said astronomers while Meryl Streep plays President Janie Orlean and Jonah Hill plays her son and chief of staff Jason.

Rounding out the rest of the cast list is Cate Blanchett, Timothée Chalamet, Ariana Grande, Chris Evans, and Melanie Lynskey.

In select cinemas and on Netflix from 24 December

The Lost Daughter is a psychological drama written and directed by Maggie Gyllenhaal (in her feature directorial debut), based on the novel of the same name by Elena Ferrante.

In the film, the always perfect Olivia Colman plays the prickly Leda Caruso, a middle-aged languages professor on a working holiday in Europe, but even in such a beautiful setting, she can't seem to relax.

Leda befriends a young mother called Nina (Dakota Johnson) who is staying near the same beach as her after she returns her little daughter who was lost. Nothing about Leda's stories from her past quite add up and she soon develops an obsession with Nina and her daughter which prompts memories of her own early motherhood.

The Lost Daughter already has early Oscar buzz after earning critical acclaim and a slew of awards.

At the Venice International Film Festival, the film won the Golden Lion Award for Best Film and Golden Osella Award for Best Screenplay for Maggie Gyllenhaal.

In short, it's probably destined to win a bunch of Oscars.

Watch it on Netflix from December 31 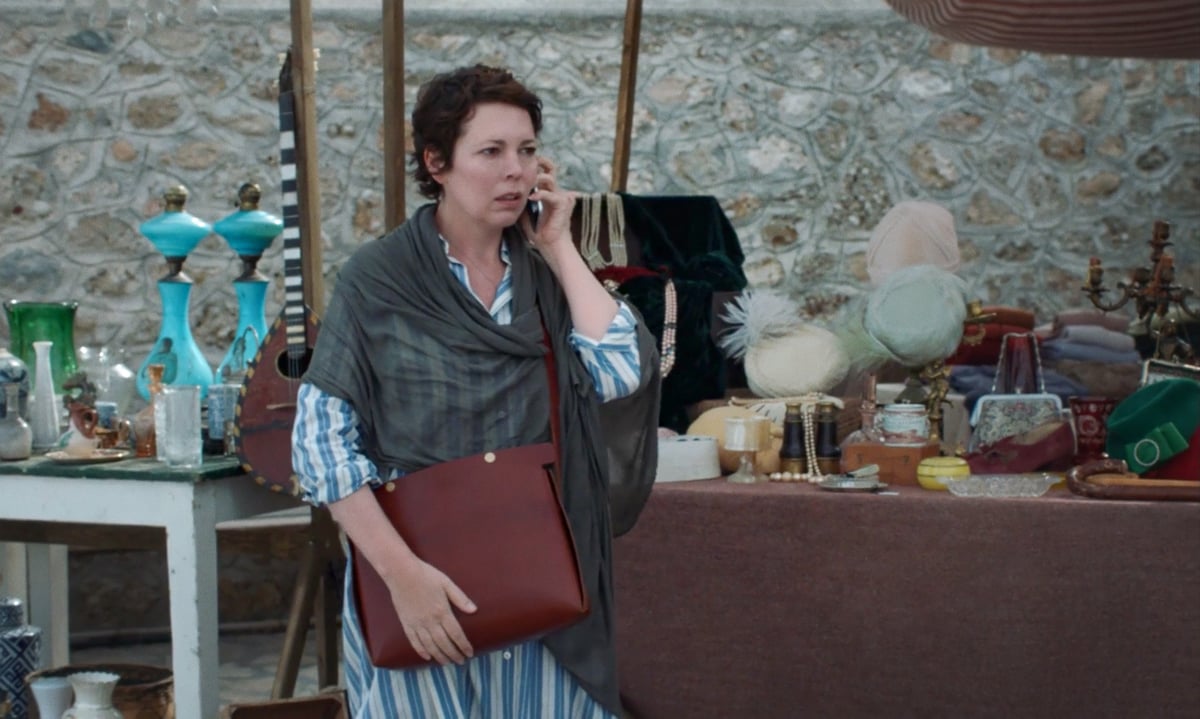 Sometimes the story around making the movie is just as enticing as the movie itself, and that seems to be very much the case with House of Gucci.

The new biographical crime drama was directed by Ridley Scott and based on the 2001 book The House of Gucci: A Sensational Story of Murder, Madness, Glamour, and Greed by Sara Gay Forden.

The first images of Lady Gaga and Adam Driver in full Gucci getup caused a stir online when they were initially released, adding to the hype of the film, but not everyone has praised the finished product.

In statements to Italian media, the Gucci family claims Scott and the producers of House of Gucci “did not bother to consult the heirs” of the fashion empire before portraying their family members as “thugs, ignorant and insensitive to the world around them.”

In cinemas from January 1

There's nothing like a hint of nostalgia coupled with People Magazine's Sexiest Man Alive to really make a family movie experience come to life.

Set 32 years after the events of Ghostbusters II, a single mother (Carrie Coon) and her two children (Finn Wolfhard and Mckenna Grace) move to a small town in Oklahoma, where they, along with their summer school teacher (Paul Rudd, Sexiest Man Alive) discover their connection to the Ghostbusters and their grandfather's secret legacy.

It's a laugh-out-loud movie in many parts and if you're a fan of the original Ghostbusters movies, you'll be crying happy tears by the end.

In cinemas from January 1

According to Stan, the movie follows two drifters who are travelling through the desert when they stumble across the biggest gold nugget ever found and the dream of immense wealth and greed takes hold.

They hatch a plan to protect and excavate their bounty with one man leaving to secure the necessary equipment to pull it out of the earth. The other man (Efron) remains and must endure harsh desert elements, preying wild dogs and mysterious intruders, whilst battling the sinking suspicion that he has been abandoned to his own fate.

Stan Original Film Gold will premiere 26 January on Stan and will screen in select cinemas from 13 January.