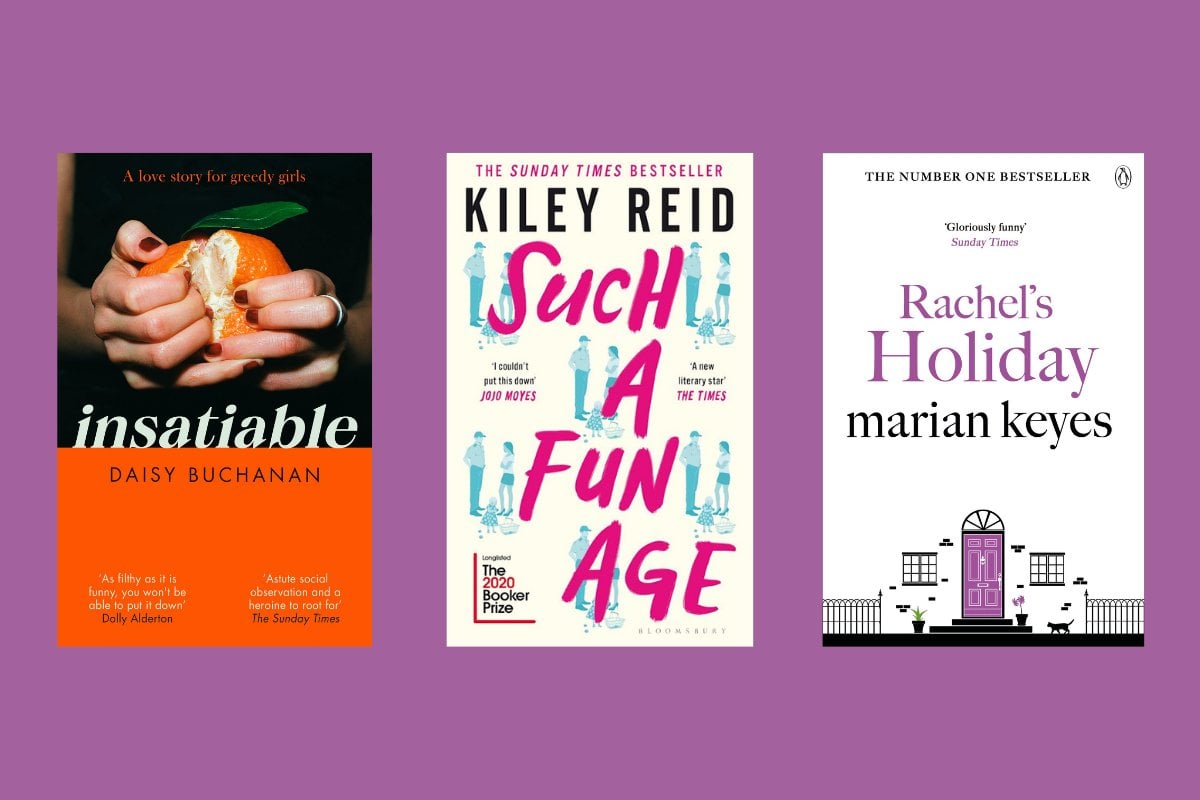 Your 20s is about finding yourself, making a lot of mistakes, and learning about the world around you.

Here are 11 books every woman in their 20s should read:

Such A Fun Age by Kiley Reid 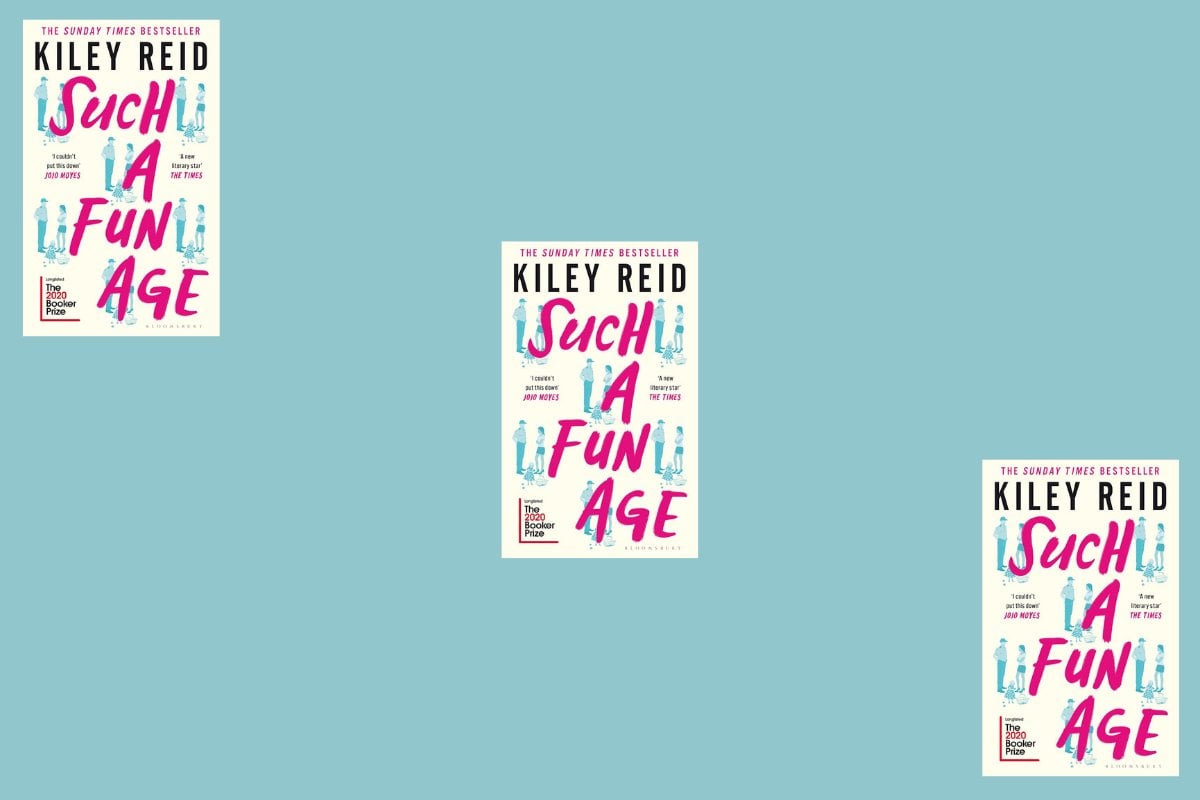 Such A Fun Age is Kiley Reid's debut novel about race, privilege and the lies we tell ourselves.

It follows the story of Alix Chamberlain, an affluent, white lifestyle blogger and mum to two-year-old Briar. And Emira Tucker, the young Black woman Alix hires as her nanny.

When Emira is accused of kidnapping Briar at a posh supermarket one night, she is left humiliated. And Alix becomes determined to make things right.

But the two women don't realise they have a connection that threatens to undo them both.

How To Be A Woman by Caitlin Moran 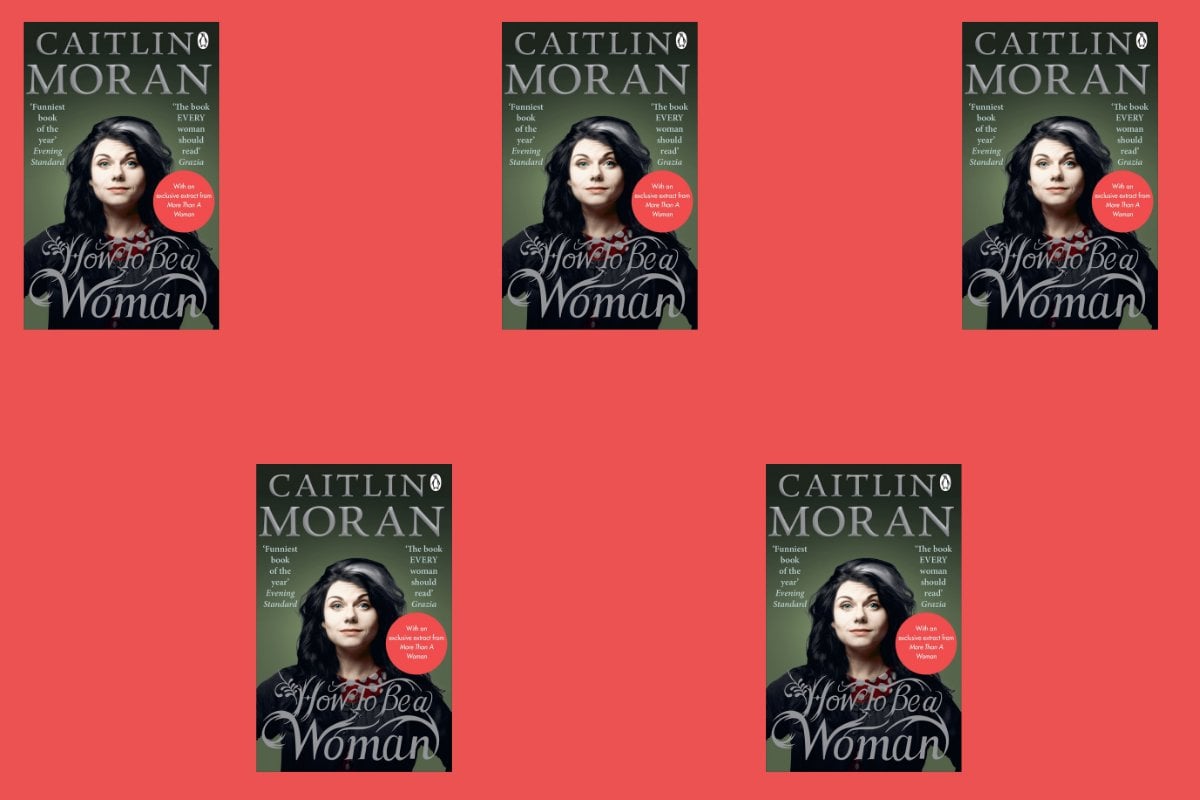 In How To Be A Woman, writer and comedian Caitlin Moran says there's never been a better time to be a woman. But she has a few questions she needs answers to, such as:

Why are we supposed to get Brazilians?
Should you get Botox?
Do men secretly hate us?
What should you call your vagina?
Why does your bra hurt?
And why does everyone ask you when you're going to have a baby?

Part memoir, part rant, How To Be A Woman is a searingly honest account of being a woman in the modern world. It helped millions of Gen X and millennial women get through their 20s and beyond, and its lessons are even more relevant today. 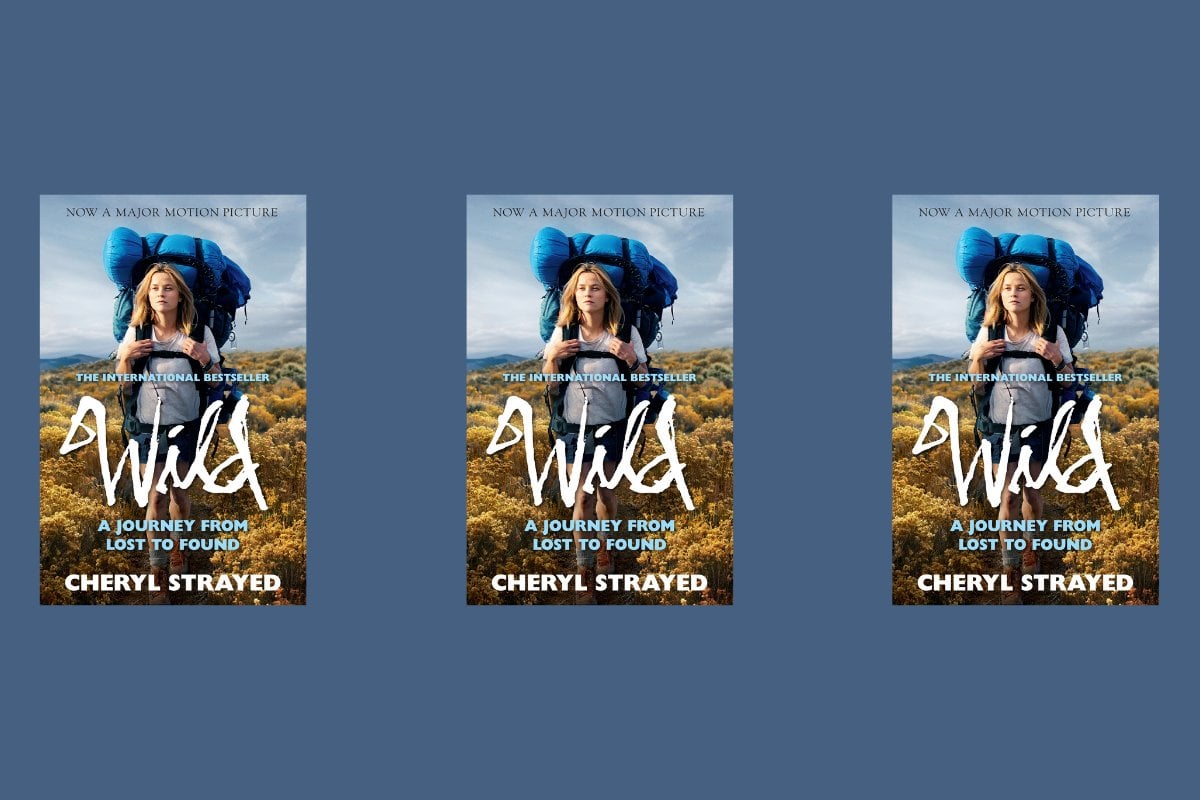 Cheryl Strayed's 2012 memoir Wild is responsible for millions of women throwing out the rule book and finding themselves in the most unexpected places.

At 22, Cheryl felt she had lost everything and would go nowhere. Her mother had died, her family had scattered, and her own marriage was disintegrating.

Four years later, with no experience or training, and guided by only blind will, she decided to hike the Pacific Trail - from the Mojave Desert through California and Oregon to Washington State - on her own.

Wild tells the story of her hike, the obstacles she faced along the way, and how the journey ultimately healed her.

A Lonely Girl Is A Dangerous Thing by Jessie Tu 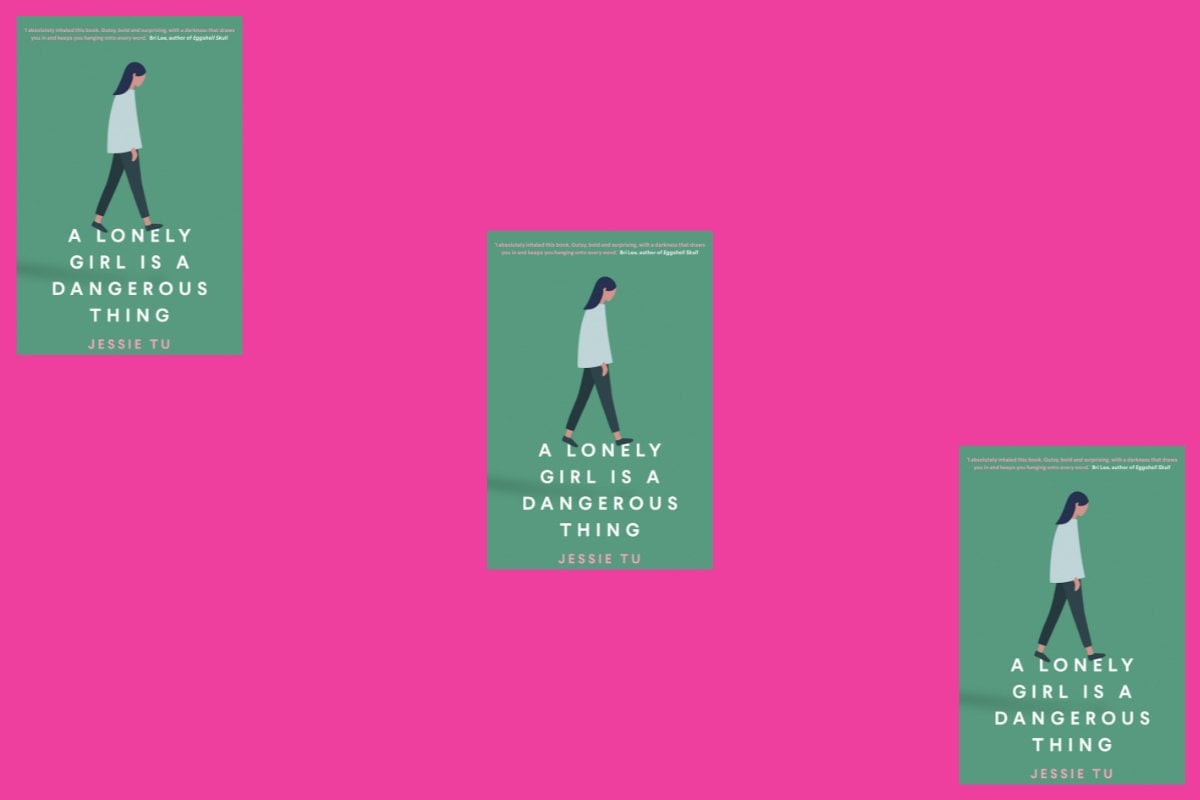 Jena Lin was once a child prodigy and now she uses sex to fill the void left by fame.

Her days are filled with rehearsals, boozy nights out with new friends, and a new relationship with a much older guy.

When Jena is awarded an internship with the New York Philharmonic, she thinks the life she has dreamed of is about to begin. But when Trump is elected, New York changes irrevocably and Jena along with it.

A Lonely Girl Is A Dangerous Thing is a clever, bitingly funny exploration of female desire and the danger of wanting too much and never getting it.

Everything I Know About Love by Dolly Alderton 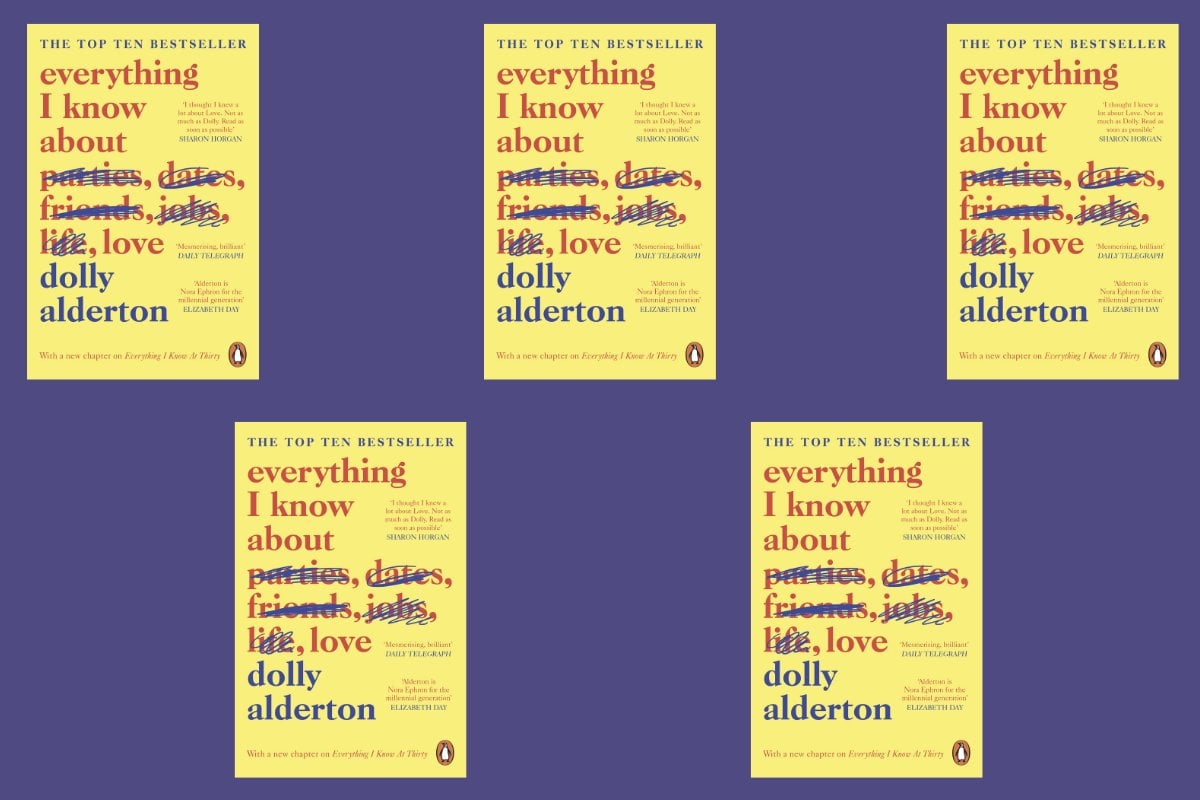 In a few short years, Dolly Alderton became one of the world's most recognisable millennials.

Her columns and podcast, The High Low, became the voice of many millennial women who were trying to figure sh*t out.

Her memoir, What I Know About Love, is a reflection on her teens and twenties, and the friendships, love affairs, heartbreaks, and failures that defined them.

It's like seeing your own twenties through the glossy pages of a well-crafted memoir. 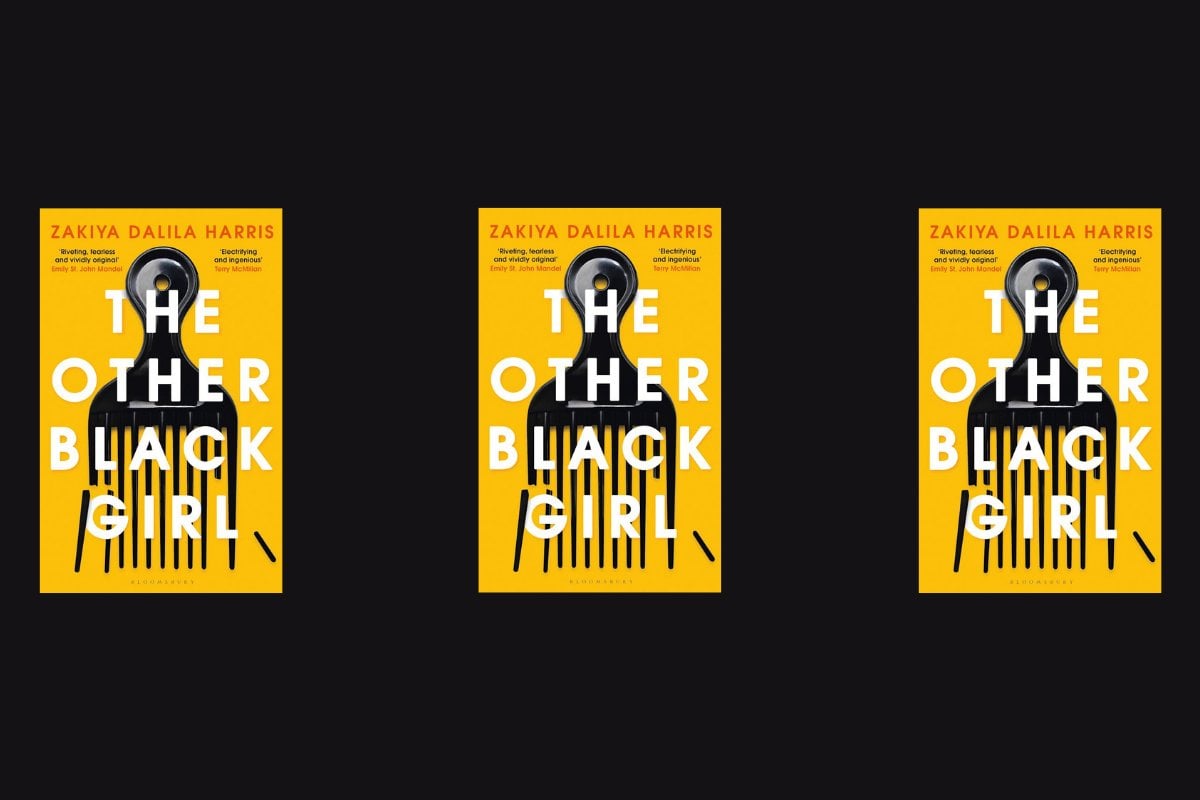 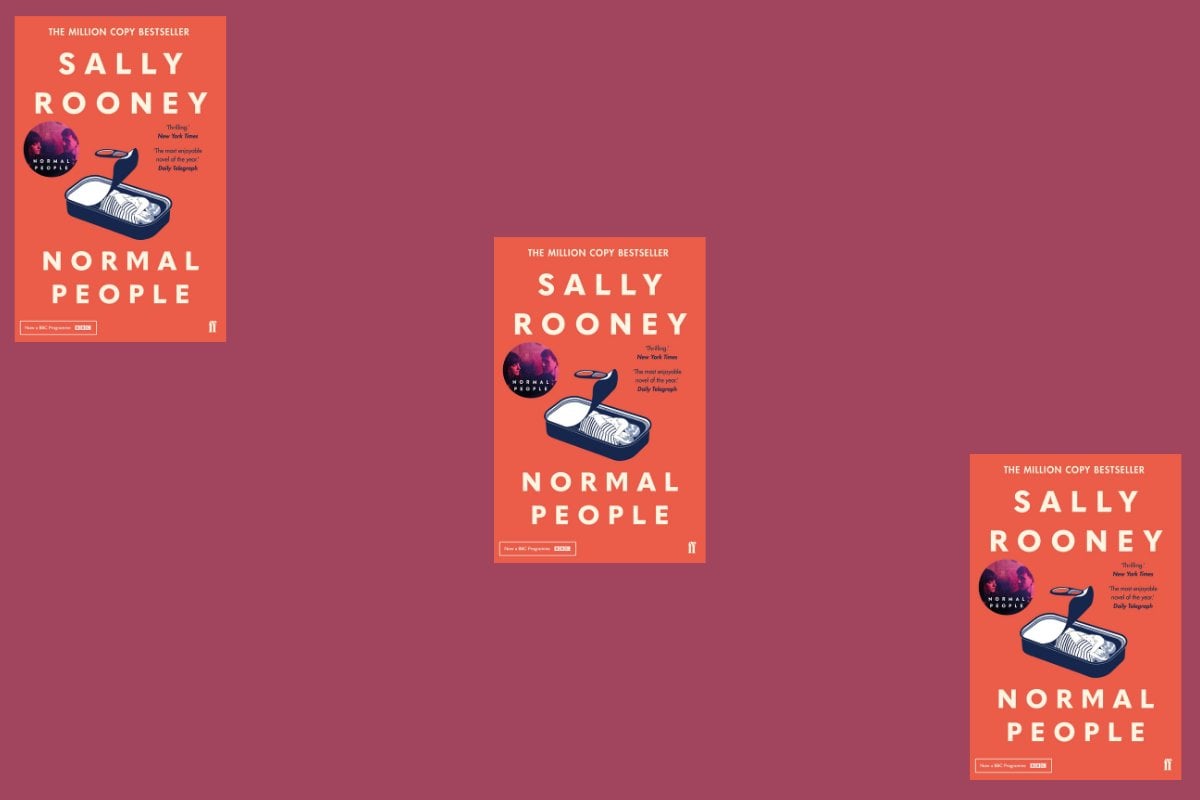 At school, Connell and Marianne pretend not to know each other. He’s popular and well-adjusted, the star of the school soccer team, while she is lonely, proud, and intensely private.

But once their paths cross, they fall deeply for each other. They try to keep their connection a secret, but one year later, when they're both studying at Trinity College in Dublin, Marianne has found her feet in a new social world while Connell hangs at the sidelines, shy and uncertain.

They circle each other for years, two damaged people further damaging each other.

Normal People holds up a mirror to the kind of relationships many people find themselves a part of in their 20s. The relationships that bind us and break us and ultimately make us. 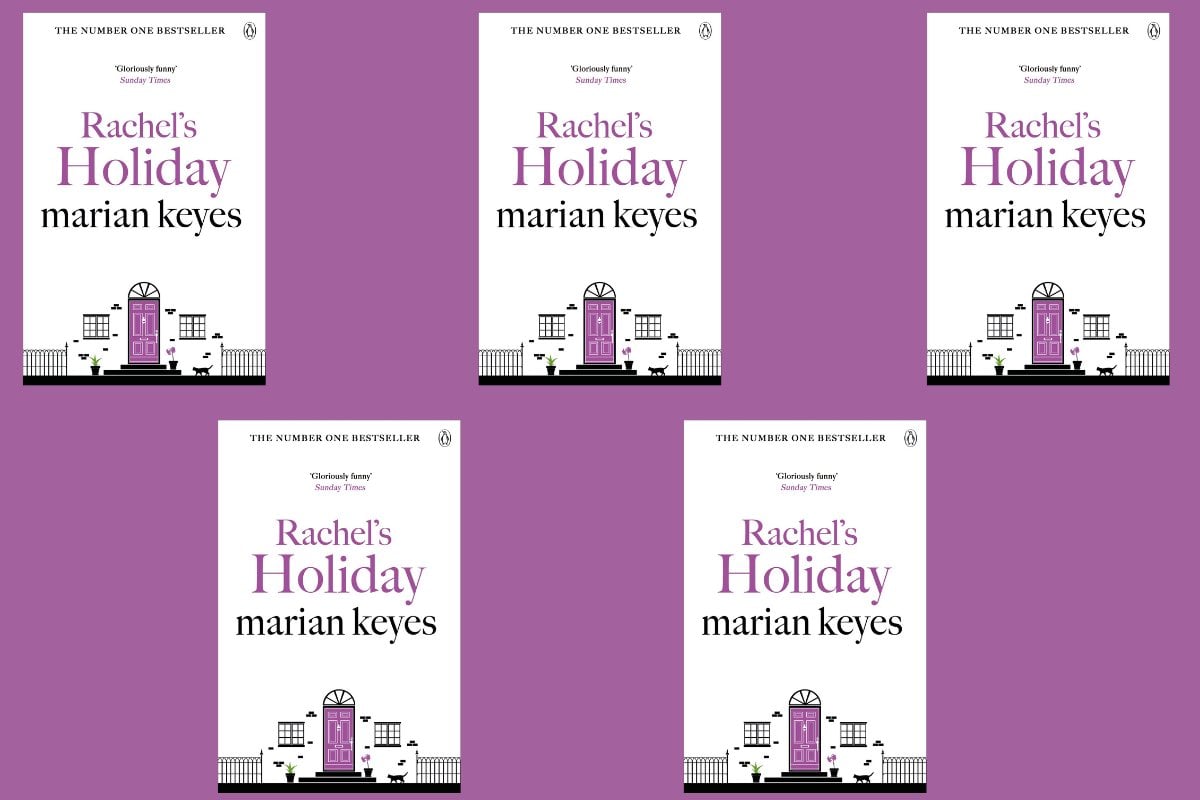 Marian Keyes has been writing searingly honest and funny stories about women for almost 30 years now.

Rachel's Holiday is probably the story that stuck with her readers the most.

The novel follows the story of 27-year-old Rachel Walsh, whose family has admitted her to Cloisters – Dublin’s answer to the Betty Ford Clinic.

During her time at Cloisters, Rachel learns to face her demons and finally get her sh*t together. She's Phoebe Waller-Bridge's Fleabag, but 20 years earlier and Irish.

It's a funny, intimate, clever look at what it feels like when you think you've f*cked your whole life and how you can slowly piece it back together. 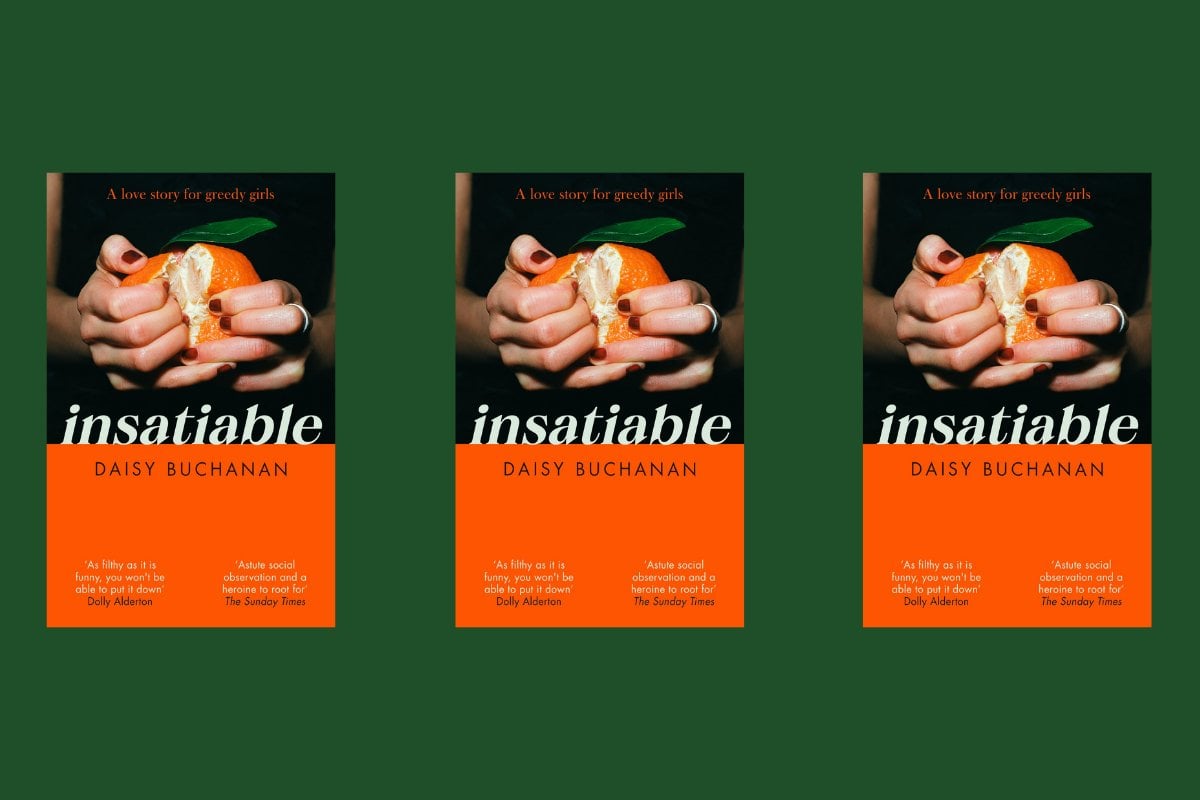 Twenty-something Violet is stuck in a dead-end job, broke, broken-hearted and estranged from her best friend.

Then she meets Lottie – a woman who looks like the kind of woman Violet wants to be when she grows up – at a party. Lottie offers Violet a role at her new startup but Violet is soon sucked into Lottie and her husband Simon's world.

Two of my favourite writers described Daisy Buchanan's debut novel as FUNNY (Marian Keyes) and FILTHY (Dolly Alderton) and look, they were right.

But Insatiable is more than that. It’s about a woman learning to love her own body, beginning to understand her own self worth, and figuring sh*t out. It’s about the loneliness of your twenties and taking the road less travelled. It’s a sexual coming of age story packed with hilarious, laugh out loud observations.

The Bell Jar by Sylvia Plath 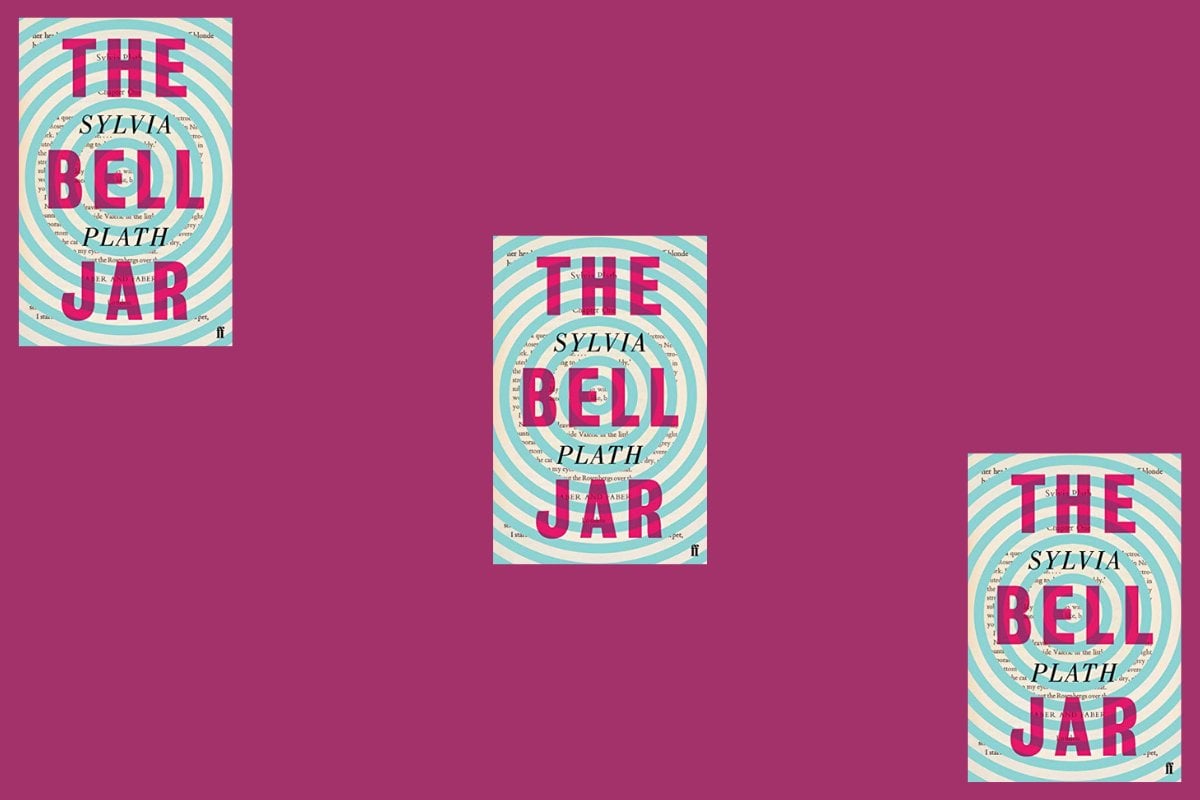 The Bell Jar chronicles a woman's descent into madness.

Esther Greenwood is brilliant, beautiful, enormously talented, and successful but she is slowly going under - perhaps for the last time.

Interning in New York one hot summer at a national magazine, Esther is on the brink of her future. Yet she is also on the edge of a darkness that makes her world both increasingly unreal and more sharply felt.

In The Bell Jar, Sylvia Plath takes the reader deep into the human psyche, making it an instant American classic and a story every woman in their 20s needs to read.

We Should All Be Feminists by Chimamanda Ngozi Adichie 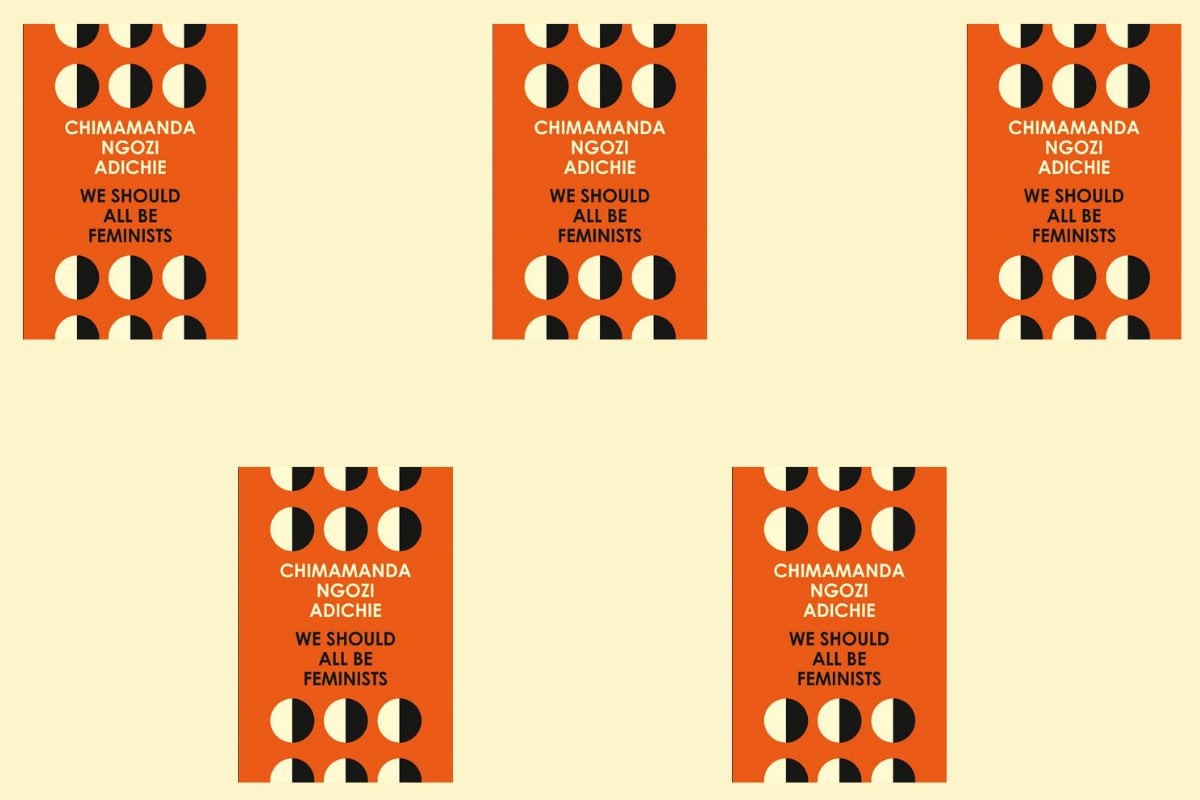 We Should All Be Feminists is an essay adapted from Chimamanda Ngozi Adichie's brilliant TEDx talk of the same name.

In the searingly personal and powerful essay, Adichie offers readers a unique definition of feminism for the 21st century – one rooted in inclusion and awareness.

It's an exploration of what it means to be a woman today and a rallying cry for why we should all be feminists.