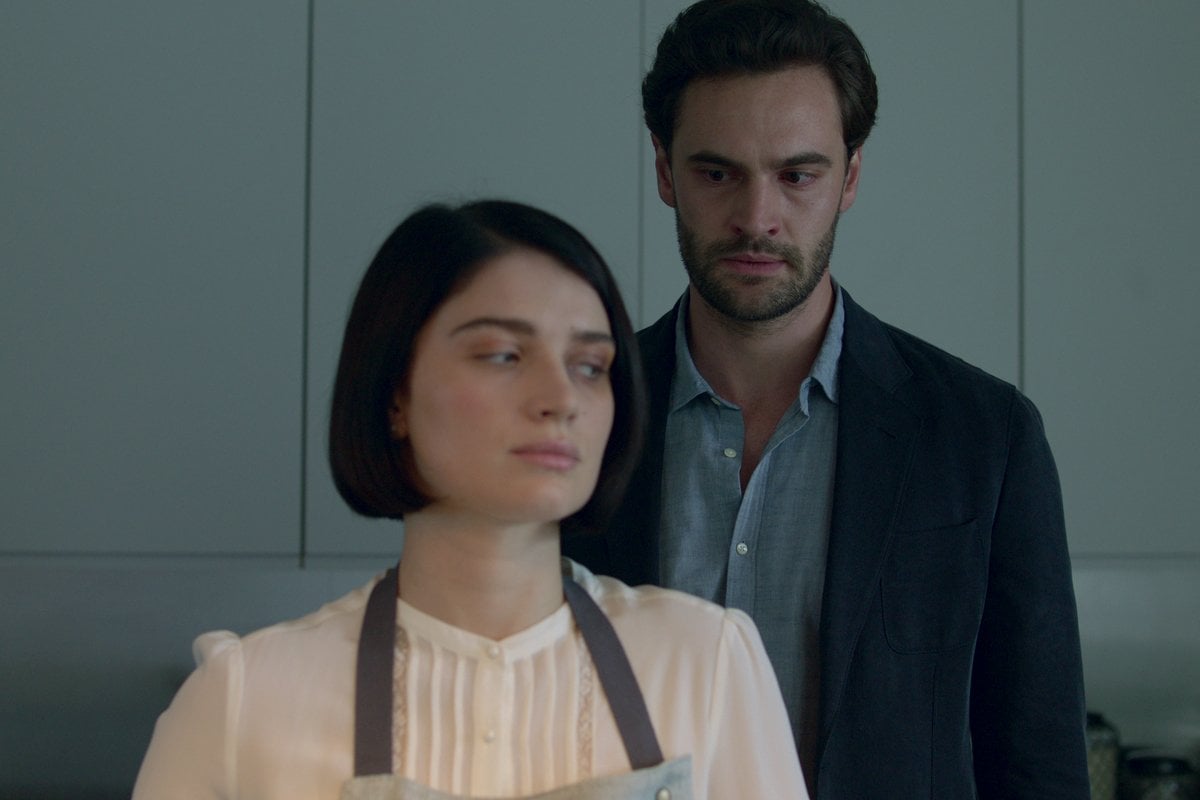 Behind Her Eyes is the most popular show on Netflix right now. And it's not hard to see why.

The six-part limited series, which premiered on the streaming platform last week, follows the story of a single mother who gets caught up in an affair with her psychiatrist boss, while forming an unlikely friendship with his mysterious wife.

Based on Sarah Pinborough's novel of the same name, the psychological thriller has been described as "chilling" and "completely unpredictable". (Seriously, just wait until you see *THAT* ending).

Read more: That absolutely bonkers Behind Her Eyes ending, explained.

The cast for the series includes the likes of Murder on the Orient Express' David Bateman and Game of Thrones' Robert Aramayo, as well as Simona Brown and Eve Hewson.

Here's everything we know about the cast: 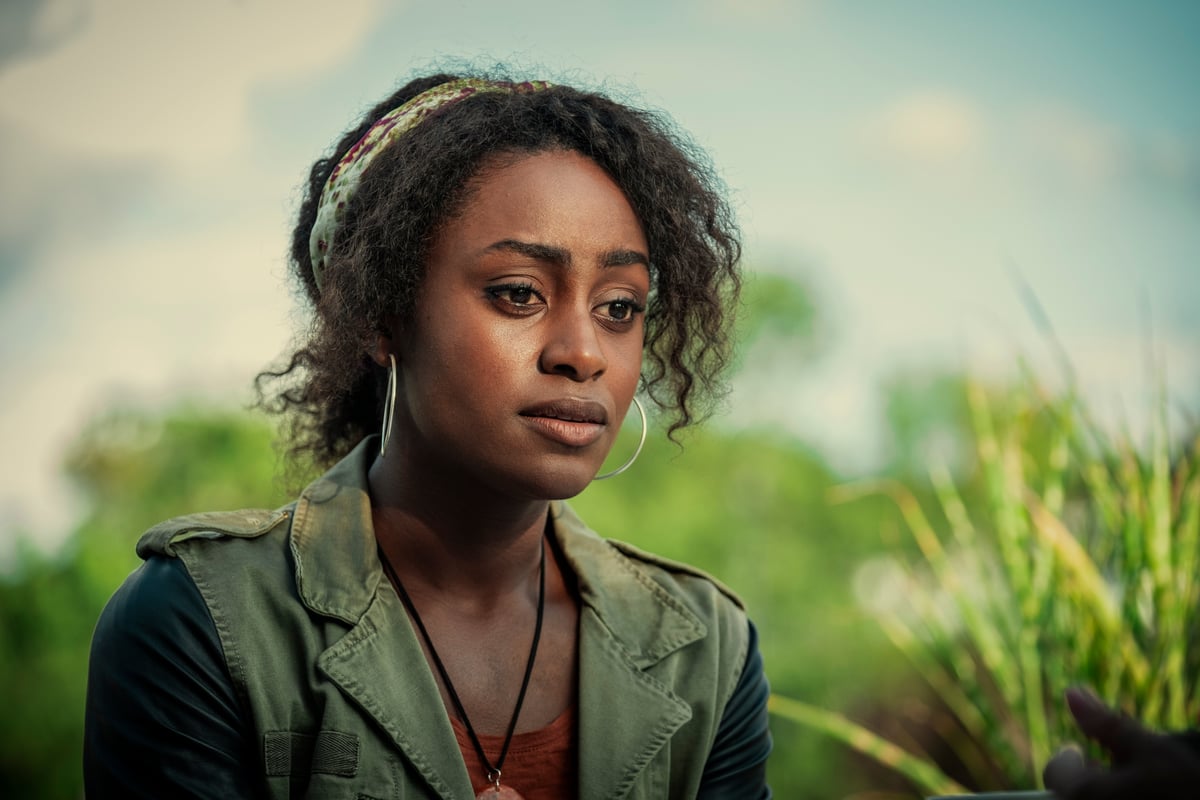 Who does Simona Brown play?

Simona Brown plays Louise, a single mother who works as a secretary for psychiatrist David.

"I don’t think it is American Horror Story scary, but more unsettling and strange," Brown told Netflix, reflecting on the series.

"I think it’s quite dark to watch but not disturbing."

Where have I seen Simona Brown before?

Simona Brown has appeared in shows including The Casual Vacancy, The Night Manager, Guilt, Outlander, and Kiss Me First.

The 26-year-old has also appeared in films Man Up and Riding with Sugar.

Speaking to The British Blacklist, Brown credited The Lion King as her inspiration to pursue acting.

"I knew I wanted to be an actor after I saw The Lion King for the first time when I was about nine, on a school trip. I would watch TV when I was younger, and I thought it was cool," she said. 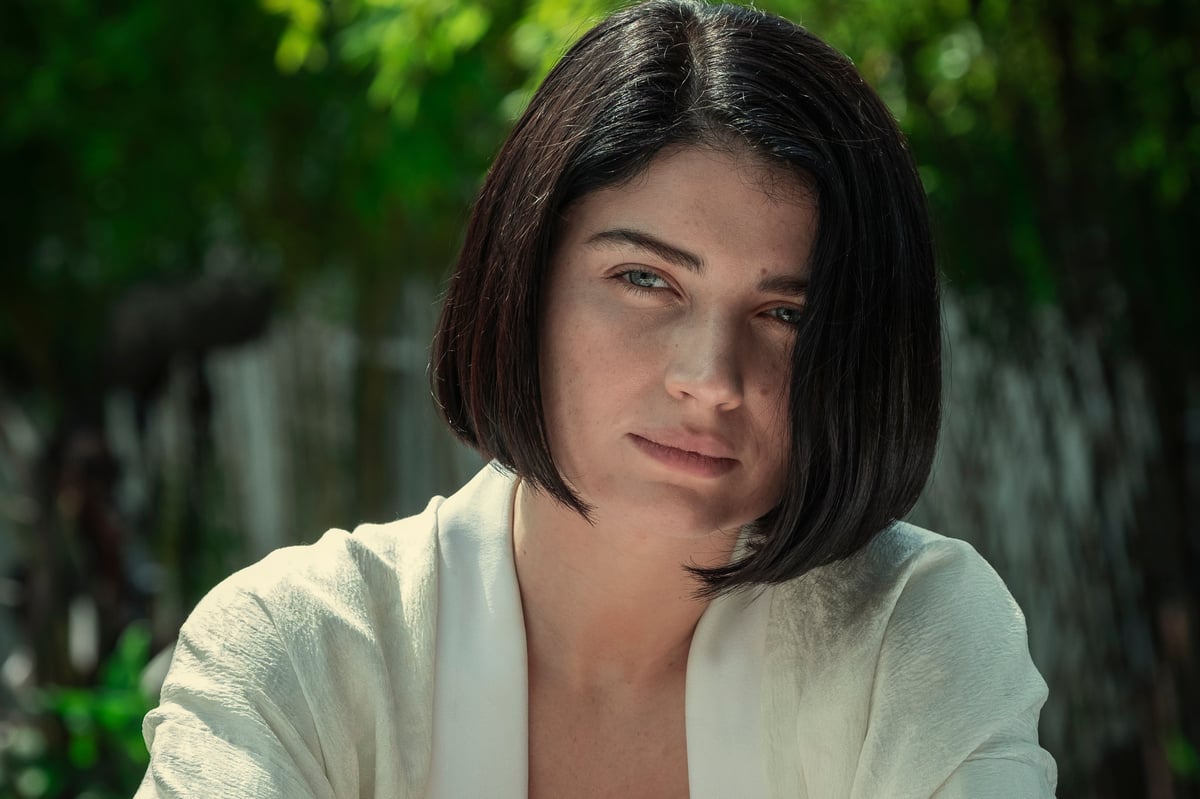 Who does Eve Hewson play?

Eve Hewson plays the mysterious Adele in Behind Her Eyes.

After moving to a new city with her husband David, Adele secretly becomes friends with his employee, Louise.

"Usually when I’m on a movie, I’m like the only girl in the cast with all old men. This was the first time I’ve shot with a bunch of young people my age. It was a damn good time," Hewson told British Vogue.

Where have I seen Eve Hewson before?

Before playing Adele, Eve Hewson appeared in TV shows including The Knick and The Luminaries.

The 29-year-old has also previously appeared in films including Robin Hood, Tesla, Bridge of Spies, and Blood Ties.

"I always say my dad’s a crazy stage mum with me. Whenever we’re out, he’s always introducing me and talking about my work," she told the Daily Mirror.

"He gives my full IMDb credits to whoever we’re having dinner with." 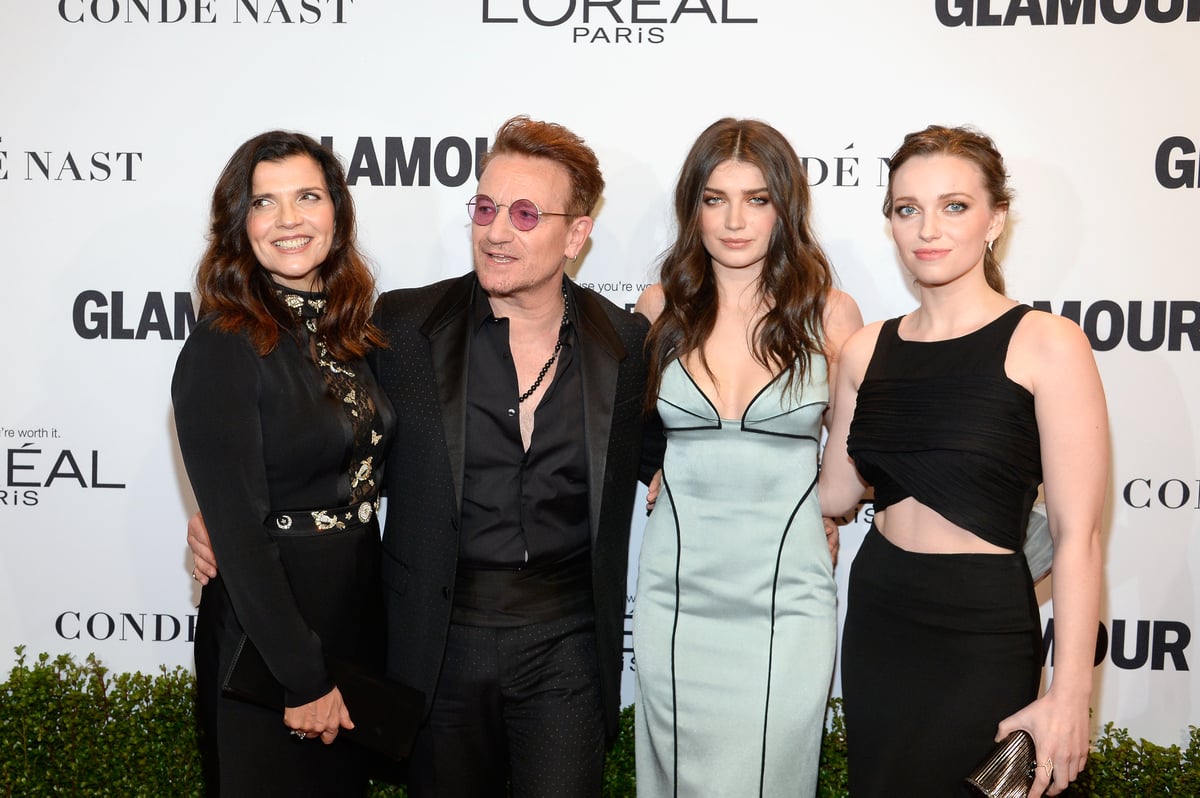 "Mum is ecstatic to see her four children for three meals a day," she told i News.

"We’ve been having board game nights, Friday-night cocktail hours and themed meals, although I don’t contribute to the cooking. I just consume and wear sombreros." 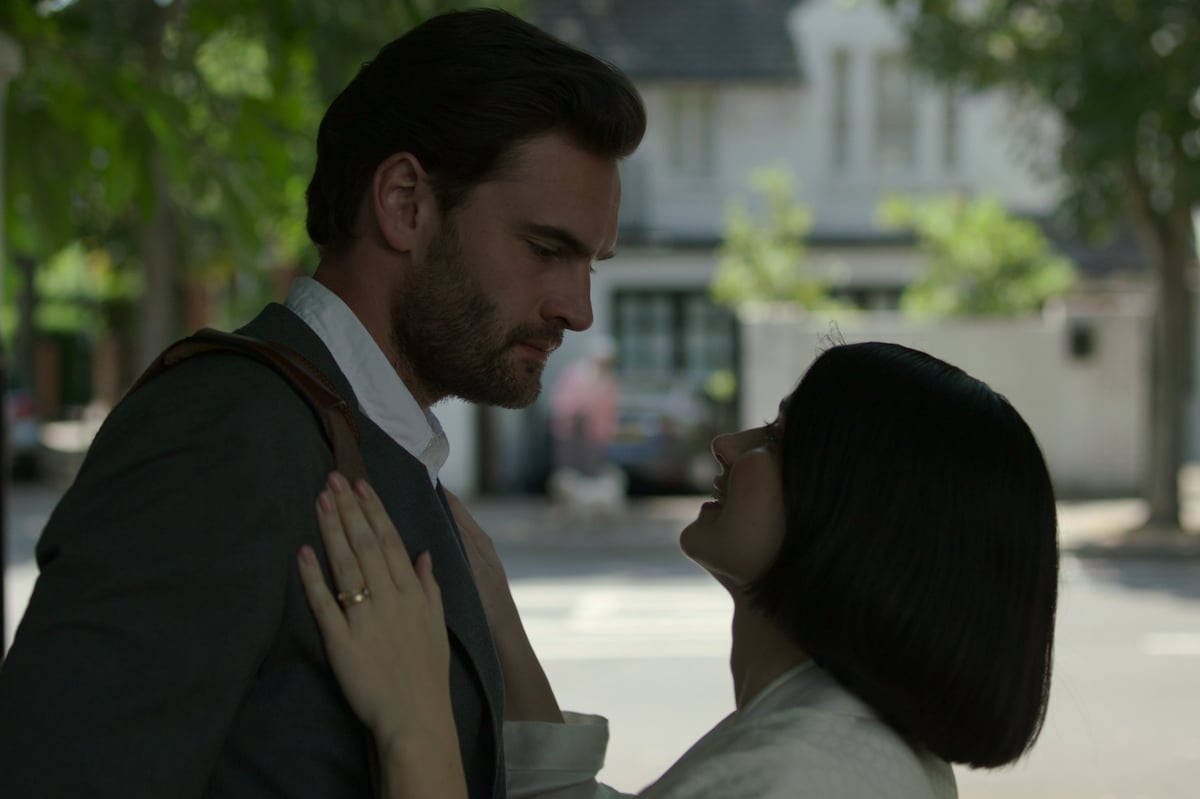 Who does Tom Bateman play?

Tom Bateman plays psychiatrist David in Behind Her Eyes.

In the series, David has a complicated marriage with his wife, Adele. As he settles into his new role and home, David begins an affair with his employee, Adele.

"At first, I thought, 'Bless him, he’s just this normal guy,' and then I thought, 'Oh no, he’s a monster,'" Bateman told Netflix.

"Then I thought, 'He’s just this broken man with this incredible backstory.'"

Where have I seen Tom Bateman before?

Tom Bateman is best known for his role as Bouc in Kenneth Branagh's Murder on the Orient Express.

The 31-year-old is also set to appear in Kenneth Branagh's second Agatha Christie film adaptation, Death on the Nile.

In recent years, Ridley has been seen wearing a ring on her ring finger. However, the couple haven't confirmed whether they are engaged.

"Oh, my God. It's the first time I've publicly been asked this one," Ridley told Marie Claire when asked about the ring.

"The thing is, I've never talked about my personal life. So I won't talk about it now. I'm so aware of how much information about my life is out there, so if there's one thing I don't want to talk about..." 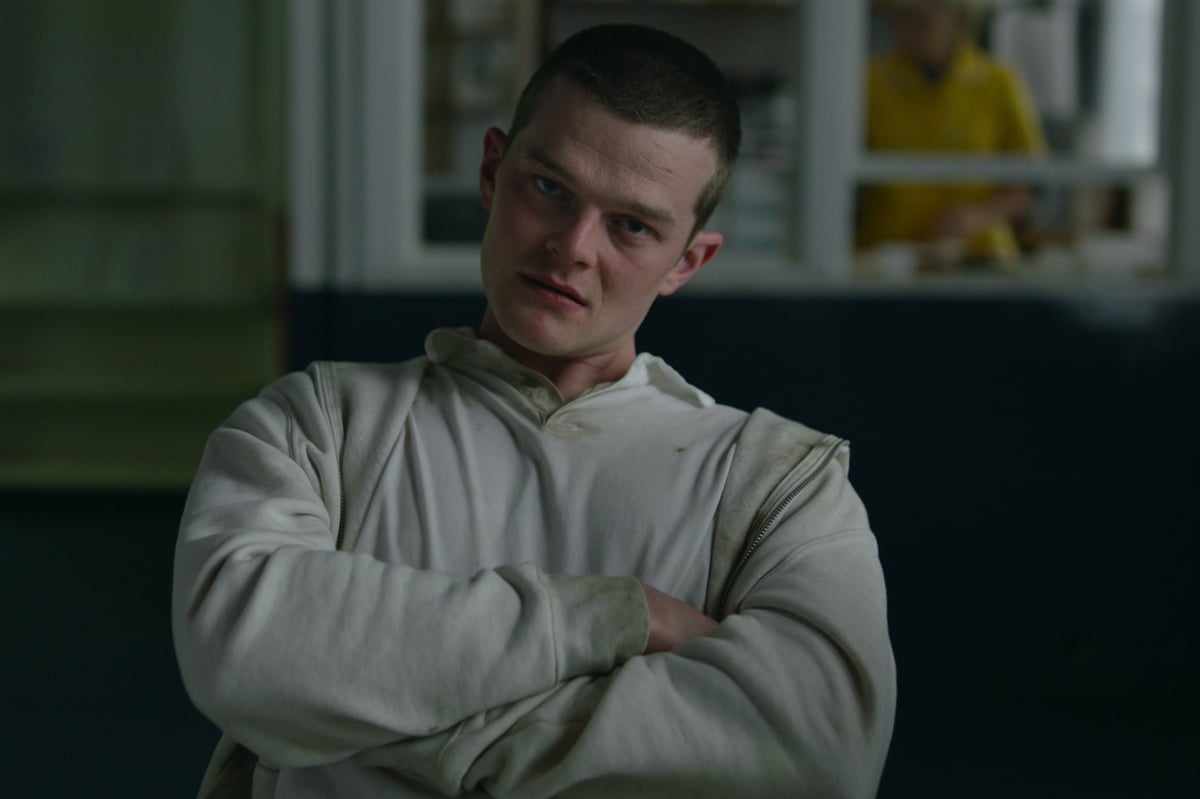 Who does Robert Aramayo play?

During the series, Rob is seen through flashback scenes.

Where have I seen Robert Aramayo before?

Robert Aramayo is best known for his role as young Ned Stark in Game of Thrones.

The 28-year-old actor appeared in flashbacks in seasons six and seven of the fantasy series.

"It’s the only show that I watch religiously, and it was an honour and a gift to be able to be a part of it," Aramayo previously told Access Hollywood.

Besides Game of Thrones, the actor has had roles in Nocturnal Animals, Mindhunter and Antebellum.

He was also recently cast in Amazon Prime's upcoming television adaptation of The Lord of the Rings. 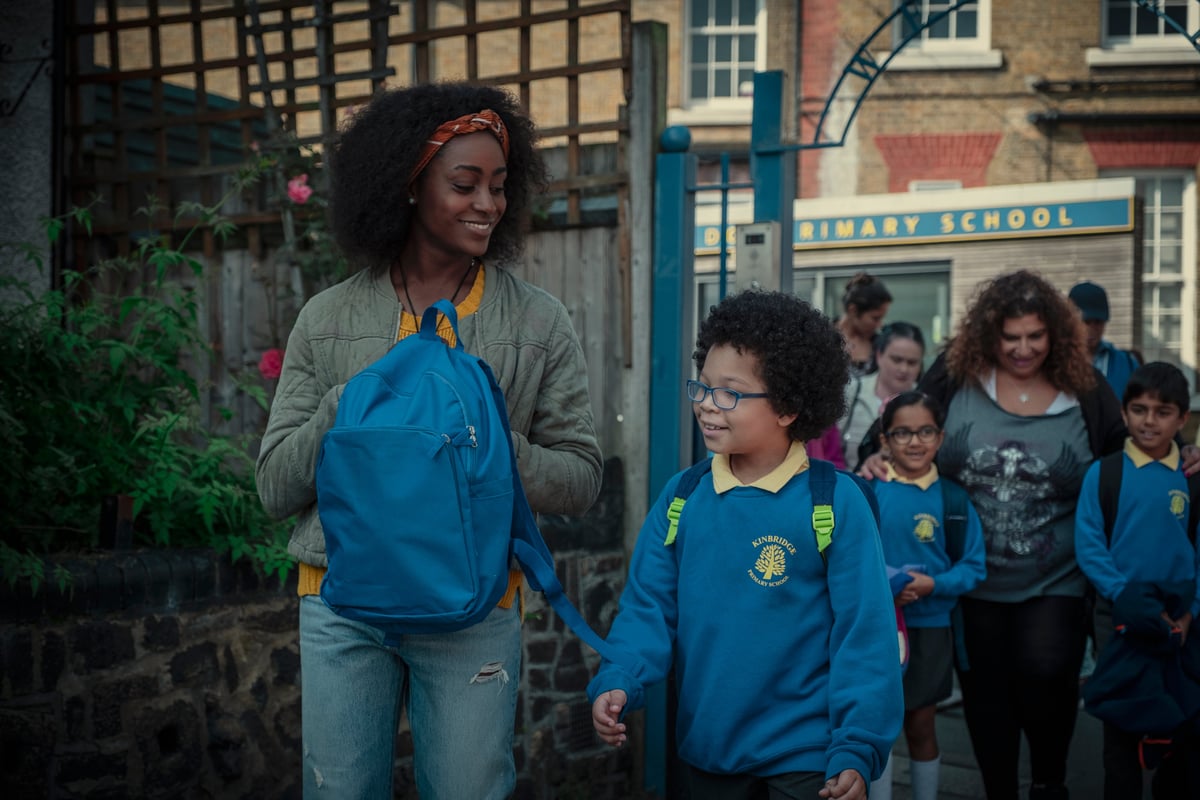 Who does Tyler Howitt play?

Where have I seen Tyler Howitt before?

The young actor has previously starred as Billy Costa in His Dark Materials. He has also appeared in one episode of Apple Tree House.

A
anastasia beaverhausen a year ago

Reply
Upvote
1 upvotes
Was really enjoying it until about episode 5. Absolute plonker of a twist.
S
snorks a year ago