The fallout from the Amber Heard/Johnny Depp trial.

All eyes have been on the Johnny Depp/Amber Heard trial this week, as a conclusion was finally reached.

Following six weeks of evidence and roughly 13 hours of deliberation, jurors returned a verdict in favour of Depp, with the actor awarded compensatory damages of $US10 million and a further $US5 million in punitive damages.

We've covered the result extensively on site in the last few days, so I've collated all of the articles in the one place for your convenience:

Appearing on The Hollywood Reporter's Awards Chatter podcast, the Sex and the City (SATC) actress spoke at length about her feelings towards the supposed 'feud' and Cattrall's departure from the franchise.

"It's so painful." Sarah Jessica Parker has finally addressed her fallout with Kim Cattrall.

Queen pulls out of Platinum Jubilee event, and everything women are talking about this morning.

Our Senior Health and Beauty Writer, Erin Docherty, speaks with some of Australia's top medical experts on the daily.

But first, let's get you across the biggest news stories women are talking about this morning, Friday June 3.

Warning: This post deals with sexual assault and may be triggering for some readers.

1. Thousands celebrate the Queen's Platinum Jubilee, as she pulls out of an event.

Tens of thousands of royal supporters have lined the streets of London to celebrate the Queen's Platinum Jubilee and kick off four days of parties and parades to mark her 70 years on the throne.

However, after a day of celebrations, the 96-year-old will skip the National Service of Thanksgiving at St Paul's Cathedral on Friday "with great reluctance" after experiencing "some discomfort".

In a statement issued on Thursday evening, Buckingham Palace announced said: "The Queen greatly enjoyed today's birthday parade and flypast but did experience some discomfort."

Earlier on Thursday, the Queen took centre stage at her historic celebrations, greeting crowds from the Buckingham Palace balcony with her family.

Seventeen royals stepped out to watch a six-minute flypast of over 70 aircraft with the Queen, including the Prince of Wales, the Duchess of Cornwall, the Duke and Duchess of Cambridge and their three children Prince George, Princess Charlotte and Prince Louis. 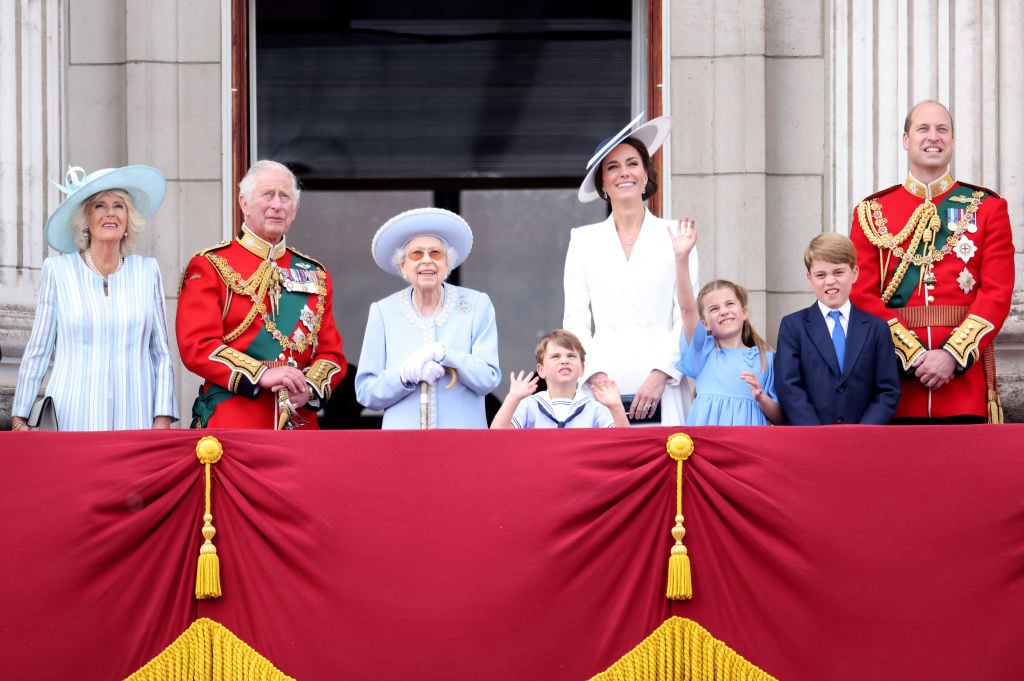 The Queen leaned over to chat with four-year-old Louis, who at one stage covered his ears, and reacted with his mouth wide open and eyes tightly shut as the aircraft thundered overhead.

The Duke and Duchess of Sussex also attended celebrations and watched the Trooping the Colour from inside the Duke of Wellington's former office, overlooking the parade ground.

Amber Heard’s lawyer says the jury in her defamation trial against her ex-husband Johnny Depp missed out on seeing "so much evidence".

Speaking to TODAY, Heard's lawyer, Elaine Bredehoft, said there were medical records and text messages that were suppressed by the court in Fairfax County, Virginia.

"[Depp’s legal team was] able to suppress the medical records, which were very, very significant because they showed a pattern going all the way back to 2012 of Amber reporting this to her therapist, for example," she said.

"We had significant amount of texts, including from Mr. Depp’s assistants, saying when I told him, he kicked you, he cried, he is so sorry. That didn’t come in."

Depp sued the Aquaman star for $US50 million ($A69 million) over an article titled: "I spoke up against sexual violence - and faced our culture's wrath. That has to change."

The article does not mention him by name, yet his lawyers said it falsely implied he physically and sexually abused Heard while they were together.

Following six weeks of evidence and 13 hours of deliberation, jurors returned a verdict in favour of Depp, with the actor awarded compensatory damages of $US10 million and a further $US5 million in punitive damages.

The trial of the man accused of raping Brittany Higgins may be delayed by up to three weeks after his barrister pulled out days before it was due to start.

Bruce Lehrmann, charged with sexual intercourse without consent, has pleaded not guilty to assaulting Higgins at Parliament House in Canberra.

He was previously expected to face a six-week trial starting on Monday.

But days before the trial was due to begin, it emerged in court his barrister was unable to appear for him.

Lehrmann's lawyer told the ACT Supreme Court yesterday that a replacement had been found, but they needed more time to be briefed.

The court heard the trial would have to start before June 27, to allow the trial enough time.

ACT Chief Justice Lucy McCallum postponed the trial to a date not before June 20.

A New York appeals court has upheld Harvey Weinstein's rape and sexual assault conviction, rejecting his arguments that the judge made several errors that tainted the trial.

"We reject (the) defendant's arguments, and affirm the conviction in all respects," a unanimous five-judge panel of the Appellate Division in Manhattan said on Thursday, finding no errors that would warrant overturning Weinstein's conviction or sentence.

Juda Engelmayer, a spokesman for Weinstein, said the disgraced movie producer will appeal the decision to New York state's highest court, the Court of Appeals. "We are disappointed and sad for Mr. Weinstein," Engelmayer said.

Weinstein is jailed in California, where he was extradited last year and awaits trial on 11 charges of alleged misconduct toward five women in Beverly Hills and Los Angeles between 2004 and 2013. He had pleaded not guilty to rape and sexual assault charges in Los Angeles.

5. Teenage girls are more stressed than boys about COVID.

Teenage girls were more stressed than boys during the initial months of the COVID-19 pandemic, and their mental health should be a greater focus if there is a similar outbreak in the future, researchers say.

More than 1300 teenage boys and girls in Australia and Canada were interviewed for a study between April and July 2020.

The results appear to show there were psychological implications, but girls reported more symptoms of stress, anxiety and depression than boys did.

They also had more personal concerns and worries - such as whether their parents could lose their jobs or supermarkets could run out of food - than boys did.

That's everything for your morning news round up.

The Queen's Platinum Jubilee: What it means for us and the royal family.

The people of the UK are currently enjoying a four day long weekend as millions of people up and down the country celebrate the Queen's 70 years on the throne.

The Quicky speaks to two royal experts to find out about all the celebrations that will be happening, who will be front and centre and who will be hidden from all the public pomp and ceremony.