Bruce Lehrmann, charged with sexual intercourse without consent, has pleaded not guilty to assaulting Higgins at Parliament House in Canberra.

"The case has accordingly attracted a level of attention in the media... that while not unprecedented is certainly extreme," the chief justice said on Tuesday.

Whybrow said a temporary stay was the only recourse to allow for a fair trial so "adverse publicity can dissipate".

"It's untenable in my submission for a trial to be held under these circumstances at this time," he told the court.

The Crown opposed the temporary stay, arguing the application did not outline a significant enough risk to the jury that couldn't be overcome by orders made by the judge.

"The test most apt... is a real and substantial risk that despite endeavours by the trial judge there will be members of the jury that would have prejudged guilt perhaps unaware and that cannot be remedied," Director of Public Prosecutions Shane Drumgold told the court.

"We accept there is a significant change, but the application limited to what it is limited to does not give rise to a temporary stay."

An initial stay application was dismissed by Chief Justice McCallum in April, when she said she wasn't persuaded directions given to the jury couldn't alleviate concerns of prejudice against Lehrmann.

Drumgold argued the new application constituted "a re-agitation of that order".

The case was initially due to begin on June 6 but was delayed until June 27 after Lehrmann's barrister pulled out days before the trial.

Higgins trial could face another delay, and all the news you need to know this morning.

Yesterday, Aussies woke up to controversial news that transgender swimmers would be restricted from participating in women's elite races.

You can read all about the landmark decision and how the world is reacting, here.

But first, here are the top five new stories you need to know today, Tuesday June 21.

1. Higgins trial could be delayed after Logies speech.

The man accused of raping Brittany Higgins could have his trial delayed after Lisa Wilkinson’s speech at the Logie Awards.

Lawyers for Bruce Lehrmann, who has pleaded not guilty to sexually assaulting Higgins inside Parliament House in 2019, have asked the court to consider a new stay application after the speech.

Wilkinson won the Logie for Most Outstanding News Coverage or Public Affairs Report on Sunday for her coverage on the story.

"He wants to get it on, but he wants a fair trial," he said, according to the ABC.

Lehrmann is due to stand trial in the ACT Supreme Court next Monday. His trial was previously delayed after unforeseen circumstances saw him search for a new lawyer.

A 32-year-old Perth woman has allegedly been killed by her father-in-law in Pakistan after she wanted to bring her children back to Australia for a better education.

According to the BBC, Sajida Tasneem was reportedly killed by her father-in-law with an axe in the Sargodha district of Punjab.

In a police report verified by The Age, Tasneem’s father, Sher Muhammad Khan, claimed his daughter had been arguing with her father-in-law about returning to Australia when he attacked her.

"She sacrificed her life for the good sake of her children," he told the publication. "But she lost without achieving her goal."

Sajida Tasneem’s in-laws had allegedly confiscated her passport and opposed her plans to return to Australia with her children. | @MartaPascual3 @rpjward @Ash_McMillan

It's believed police have made an arrest.

Olympic swimmer Maddie Groves has called out those who support a new move to restrict transgender swimmers from participating in women's elite races.

Addressing Campbell's speech on Sunday, Groves wrote "'My hope that a young gender-diverse child can walk into a swimming club and feel the same level of acceptance' so you ban them from competing with their peers? You’re okay with ostracising an already marginalised group? Real accepting."

She went on to say "there are already gender-diverse people in swimming and I’m guessing they’re not feeling very accepted right now".

"Shame on everyone that supported this discriminatory and unscientific decision."

"It really does affect people's lives, you know, Lia Thomas, she's the one that this has been brought in for," she told ABC.

"I don't think anyone can hide from that... It's going to have a huge effect on her and I really hope swimming are supporting her in a way that other sporting bodies haven't done with other athletes when they have been banned from competition."

Christopher Dawson said his wife was living in a commune west of Sydney more than 25 years after she disappeared, a judge has been told.

Giving evidence at Dawson's murder trial on Monday, Kay Sinclair said she bumped into twin brothers Chris and Paul Dawson at a wake for Phillip Day who was sick with cancer and died in 2007.

She said Dawson told her his wife Lynette had left home and was living in a Blue Mountains cult or commune at the time. The woman asked how a wife could just up and leave her kids.

"Paul said something along the lines of, 'she was a little bit crazy'," she told Justice Ian Harrison. 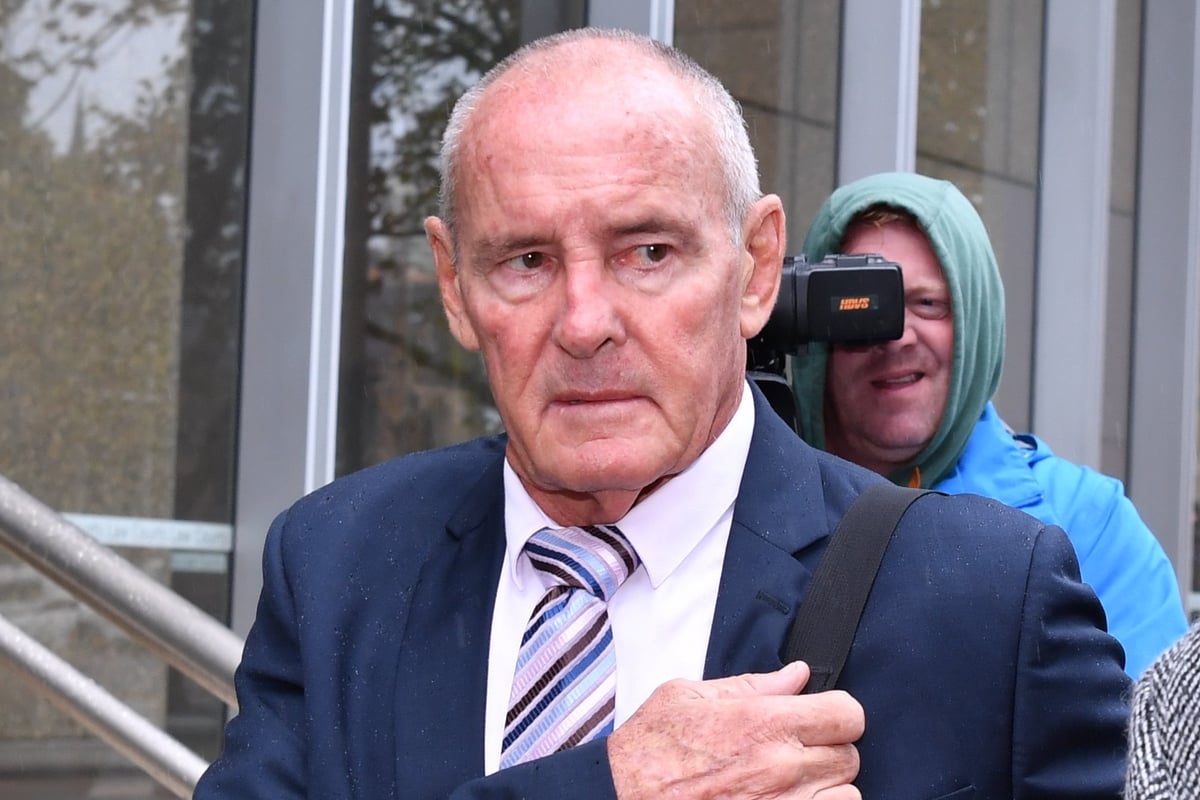 Sinclair, whose husband went to Sydney Boys High School with the Dawsons, is a professional recruiter. She said she knew body language and described the Dawson twins' behaviour as "creepy" because of the way they sat so close together.

"I think Chris was checking with his older twin that he was saying the right thing. That was the impression that I got," she said.

Dawson, now 73, is accused of murdering his wife and disposing of her body in January 1982 so he could have an unfettered relationship with a woman known as JC who was his babysitter and former high school student. He has pleaded not guilty to the charge.

The 27-year-old from Perth will also be the first elected representative to wear a hijab.

Having picked up three Senate seats in Western Australia at the election, the government will have 26 seats in the upper house, requiring one minor party or independent vote on top of the Greens' 12 votes to pass legislation.

The senator-elect will be one of three Muslim Australians in the Labor government, alongside Ed Husic and Anne Aly in the lower house.

The win fulfils Payman's goal to be the first hijab-wearing parliamentarian.

In a statement on Facebook, Payman thanked people for their love and support.

That's it, you're all up to speed. We'll be back to bring you more of the top stories throughout the day.

Why is it so cold and where is all the lettuce?

In some parts of Australia temperatures have reached 100 year lows, with much of the country feeling a lot colder than usual which is having serious impacts on our power grid and food prices.

But why is this winter off to such a chilly start, especially when we keep hearing that global warming is a serious problem?

The Quicky speaks to a weather expert, a guru in our fruit and vegetable industry, and a lettuce farmer to find out what the heck is going on, and when and if things will get back to normal.