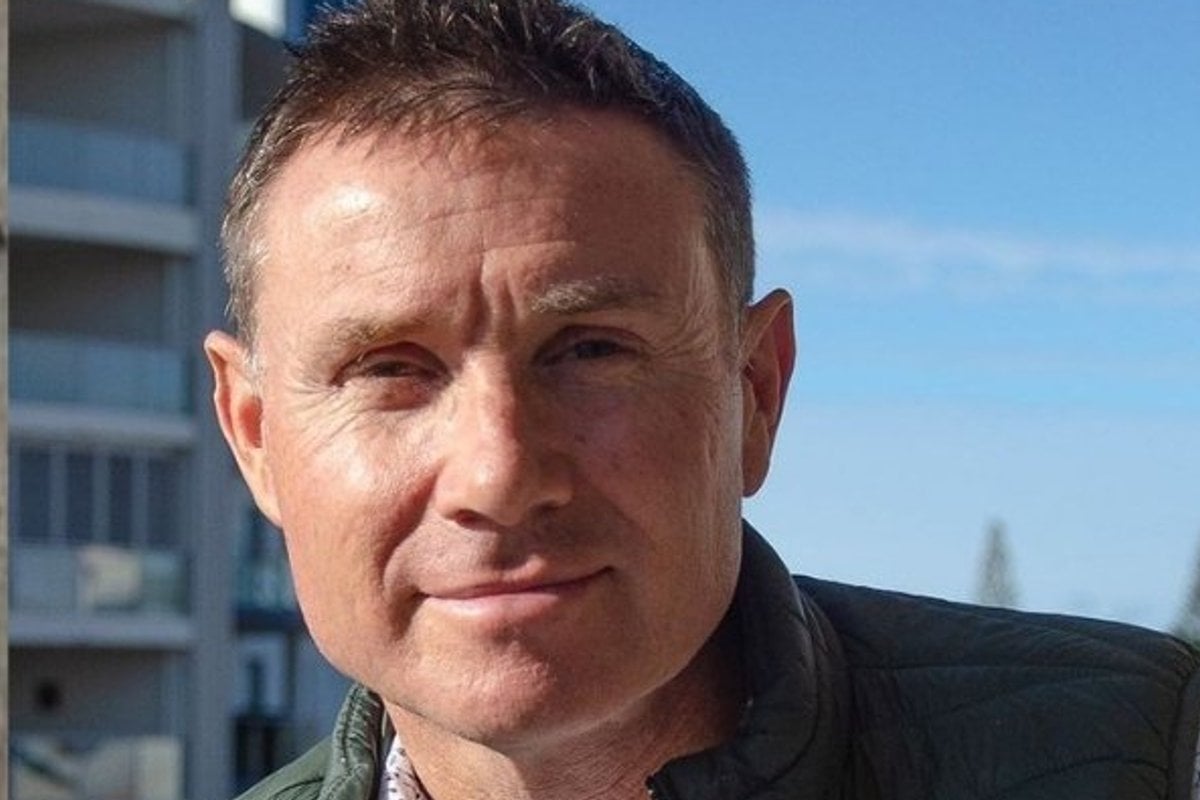 Liberal MP Dr Andrew Laming says he has been diagnosed with ADHD, one month after the prime minister forced him to apologise for harassing women online.

In late March, Dr Laming was embroiled in a string of controversies including allegedly taking a photo up a woman's skirt without her consent.

He was ordered to take a month of medical leave to seek help, including undertaking 'empathy training' to improve his ability to be aware of his own actions.

Side note... Scott Morrison announced the government's response to 'Respect At Work' report. Post continues below.

Here's what you need to know about why everyone is talking about Andrew Laming.

What did Andrew Laming do?

In March, the Queensland backbencher was accused of hounding two prominent women in his electorate via social media.

Channel Nine broadcast snapshots of Facebook comments in which the former ophthalmologist made allegations that one of the women misappropriated charity funds — a claim the woman firmly denies and said left her feeling suicidal.

The other woman reported that Dr Laming subjected her and her husband, a local councillor, to a sustained campaign of harassment that spanned several years and included the MP taking covert pictures of her walking through a park which he shared on Facebook.

He was also accused of taking a photograph of a woman bending over in her workplace without her consent, while her underwear was visible. Police investigated the matter but no action was taken. Dr Laming denied any inappropriate behaviour.

The reports drew condemnation from Dr Laming's colleagues, including Prime Minister Scott Morrison. But with a one-seat majority at stake, the government ignored calls for Dr Laming to be stood down. 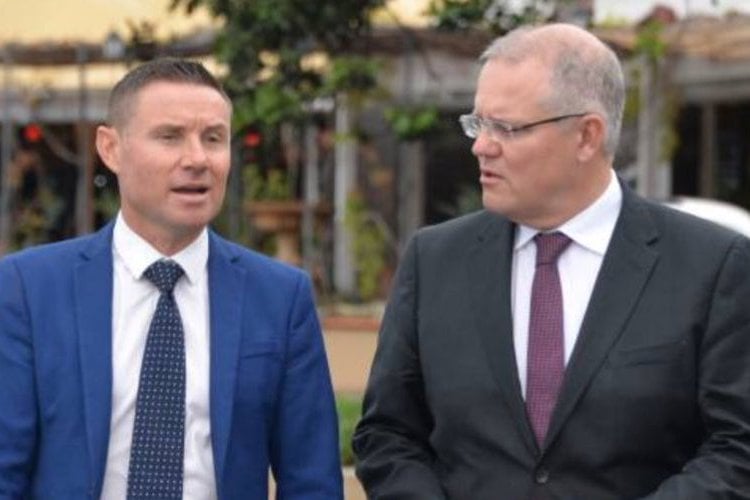 Morrison ultimately settled on a punishment of 30 days' leave at full pay, plus an order to attend a private empathy training course at his own expense.

Two weeks ago, the Liberal National Party took formal action to make sure the veteran MP could not re-contest his Brisbane-based seat at the next election.

With Dr Laming due to return to work soon, he revealed to news.com.au that he has been diagnosed with attention deficit hyperactivity disorder.

On Wednesday, the federal MP said he had "no idea" ADHD could be an adult condition even though he is a trained medical doctor and there is a history of the condition in his family.

He said his diagnosis was "not an excuse" but it helped explain some of his behaviour.

Dr Laming added that he experienced immediate relief after going onto medication after his recent diagnosis.

"I've learnt you don't learn everything at medical school," he told Sky News.

"I had some rough idea it persists into teens ... but I never knew one per cent of Australians live with it into adulthood."

Dr Laming says his condition - "sometimes a superpower, and sometimes a curse" - meant he could finally concentrate, finally be present for entire conversations, and sit still long enough to play a board game with his daughters.

He also said he clearly had a social media addiction, giving up time with his family so he could relentlessly post comments on community pages.

Dr Laming said he'd use his remaining time in parliament to make sure other adult sufferers of ADHD understood it was a treatable condition. 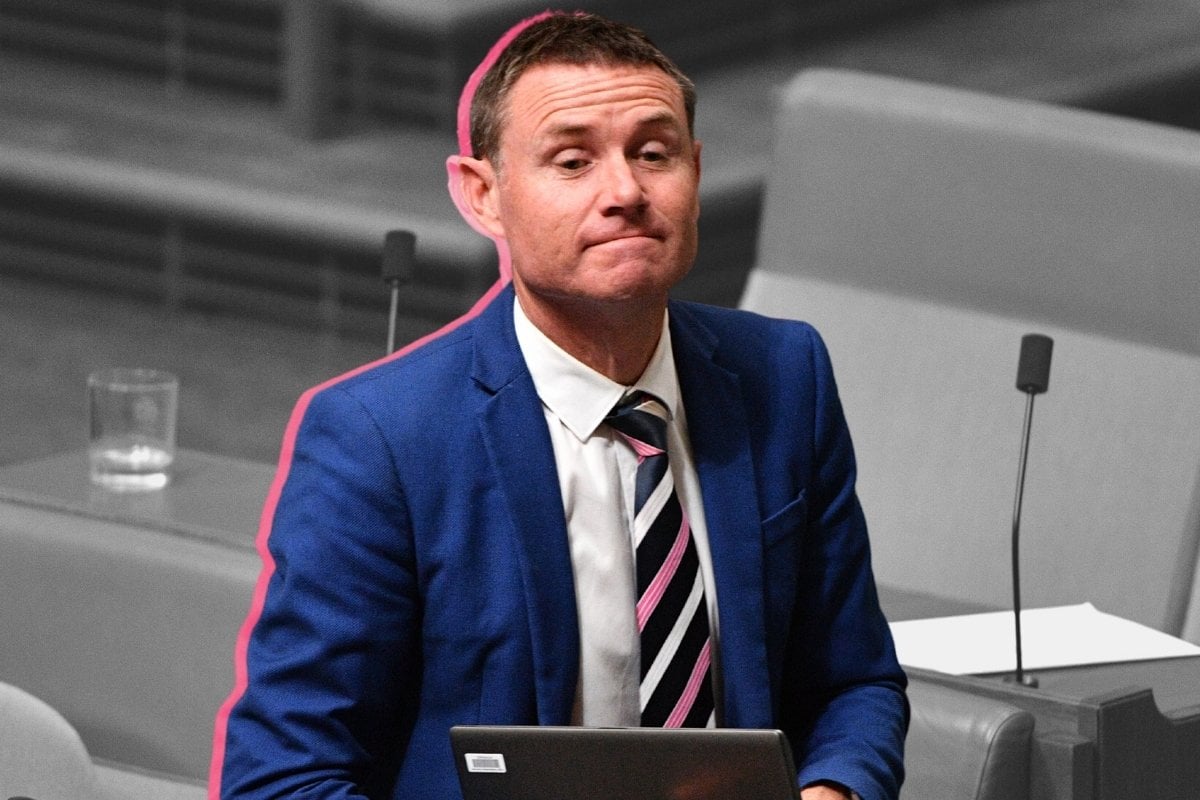 How has the community responded?

Labor's Penny Wong said she did not see the ADHD diagnosis as any sort of justification for the MPs conduct.

"I ... haven't seen people use the diagnosis as a justification or rationalisation of these sorts of behaviours - of what appeared to be a persistent pattern of harassment that has been described," she told the ABC.

Dr Karen Williams, Founder of Doctors Against Violence Against Women, told The Guardian: “I cannot comment on Andrew Laming’s diagnosis specifically, but ADHD is… not a cause for remorselessness or other antisocial behaviour such as harassment...

Further, people on Twitter have responded with fury, pointing out there is no correlation between an ADHD diagnosis and harassing people.

As a recently diagnosed adult (after lengthy waits for very expensive diagnostic assessments & treatment) I can’t decide what I dislike most about his attempt to deflect from personal responsibility. He’s an MD & still doesn’t get ADHD 🤷🏼‍♀️ #auspol https://t.co/OugOwAPyCe

So Andrew Laming is blaming his behaviour on ADHD? Does anyone in this federal government take responsibility for anything or just lay the blame elsewhere? #auspol

To all my friends who may be feeling vulnerable, Andrew Laming's reprehensible behaviour trying to take cover behind ADHD is in no way your fault and please don't let him cause you any distress. (PS: Here I am a meditating Buddhist and he triggers me! He triggers all of us!)