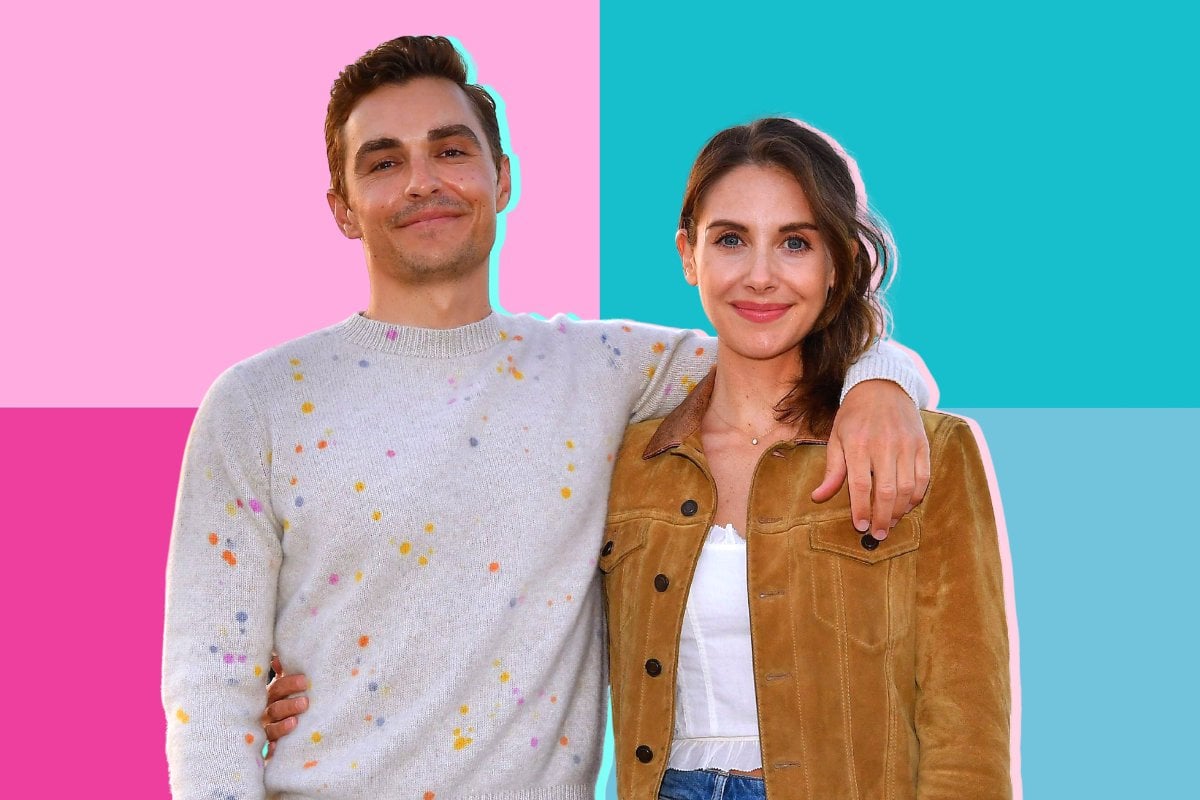 Alison Brie was "never really interested" in getting married.

Until she met the right person.

The actress, 38, married husband Dave Franco, 35, in 2017 after meeting in 2011, and they have recently worked together on Franco's directorial debut, horror film The Rental.

In a February 2016 interview with Yahoo! Style, she said she was never that bothered about marriage, but Franco changed her mind.

"I just met that person that I was like, 'Well, I'm really in love with you and would like to grow old with you,'" she recalled.

"I actually think it's much more romantic when two people are like, 'Oh, I could go either way on marriage, but I want to marry you.'"

When the couple shared their engagement news in August 2015, it surprised many people to even learn they'd been dating.

They had been together for about three years, remaining almost entirely under the radar.

In 2011, Brie and Franco were introduced by a mutual friend during Mardi gras in New Orleans.

On The Tonight Show with Jimmy Fallon in 2020, she recalled the matchmaking from her friend Jules.

"The two of them are friends and she had invited him out to dinner with us there... he was sitting next to her across the table and... my friend texts me under the table and was like, 'You should hook up with Dave.'"

Brie responded with an enthusiastic "Yes, please" with thumbs-up emojis, and Jules then showed Franco the message.

"It was the perfect setup because we both got to leave the restaurant [and] head out to the evening of drinking and debauchery having, like, a sexy secret that we knew the other person was on board," she said, adding the dinner turned into "48 hours of drugs and sex [and] a lot of making out". 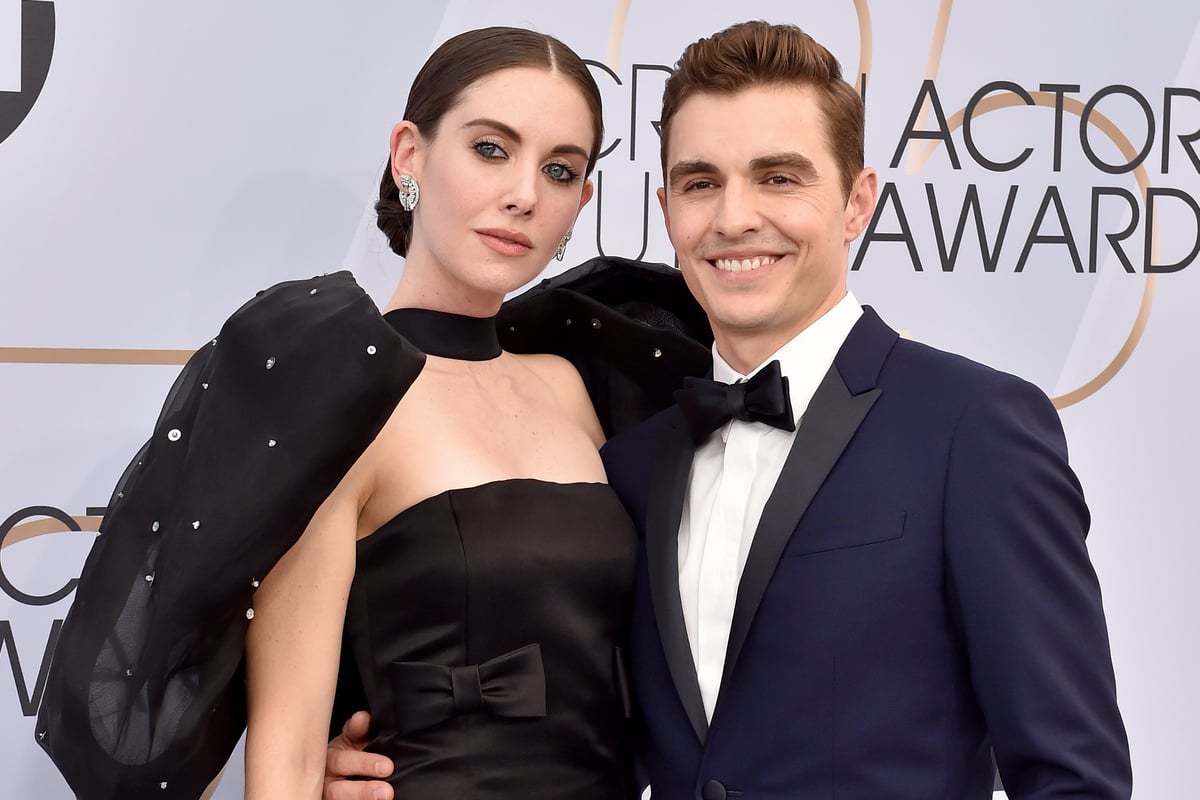 The situation was out of character for both of them, according to Brie.

She joked to Yahoo that people tell them they're the one couple a Mardi gras meet cute worked out for - and that she wouldn't recommend following in their footsteps.

After that initial weekend, Brie and Franco spent time together in New York City. On their last day together, Franco left a note on Brie's sweatshirt asking her to come to Paris with him, where he was travelling to film a movie.

In an interview with Metro, Brie said she realised Franco was 'the one' pretty quickly during their time together.

"There was a semi-immediate click... And it felt super-easy and natural, and I think that's probably how it should feel," she said.

In 2013, they starred in a Funny or Die video together which Franco wrote and directed, about what it takes to be his "dream girl" and were papped out walking together a couple of times, but they didn't 'confirm' their relationship until two years later - after their engagement.

They were engaged in Big Sur, California, in August 2015.

"I was so shocked that I actually burst out laughing, and I asked him a number of times if he was being serious before saying yes," Brie told Larry King in 2017.

They made their first red carpet appearance together a month later for the premiere Brie's film Sleeping With Other People. 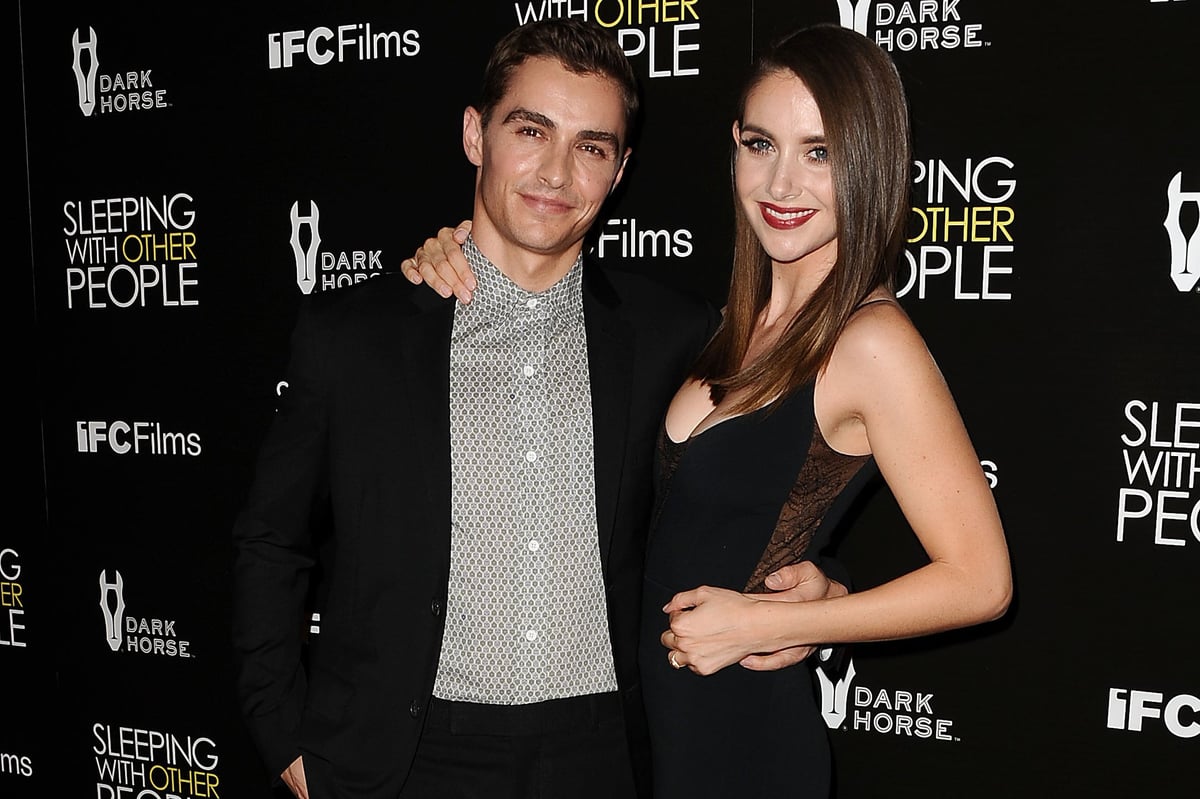 In March 2017, Brie and Franco were married in a secret wedding. There's pretty much no detail about the day online, besides Franco describing it as "low-profile".

"It was great, it was really special," he told Entertainment Tonight.

"It was intimate, and it was really fun."

In June 2017, their comedy film The Little Hours was released, with Brie playing a sexually frustrated nun and Franco playing a man who arrives at the convent.

Brie explained it was great to work together.

"More than anything it's just nice to be together. You spend so much time apart when you're shooting on location and in different cities, so to be able to go together to Italy for a month in the springtime was great.

"The same thing just even about working with friends and people that I know and love - it's just so much more fun, you get to skip that period of time where you're trying to get to know everyone and being polite. You just get to be intimate with each other and have a great time."

Speaking of intimacy, Franco joked to the Hollywood Reporter the couple learned a very important lesson from The Little Hours.

"Brie should not be on set while [he is filming] sex scenes with other women," he joked.

In June 2018, Brie discussed their decision to not have human children. The couple had two cats at the time of the interview who they consider enough of a handful.

"I don't really want to have kids. It's great because I don't worry about when I should get pregnant - between seasons, while we’re shooting [Netflix show GLOW] - I don't think about it every day," she explained to The Sunday Times.

"It would be nice, but I think of all the things that would be so stressful. I think about how much we're involved in our cats' lives. Oh my God, if it was a child!"

In June 2020, Franco made his directorial debut with horror film The Rental (available to watch on Amazon Prime), which Brie starred in.

She didn't know she would be involved in front of the camera until she helped him with the script.

"In this case, I got to read a couple of drafts of the script before he asked me to be in the movie," she told heyuguys.com.

"That was kinda nice because there was a detachment in a way that I could just read my husband's work, give notes and it had nothing to do with me."

She agreed to star in the film, which led to some interesting set dynamics.

"We've acted together a couple of times. We've been on sets together before, I wasn't nervous at all, I just thought 'this'll be great'," she explained.

"And I'm so confident in him as a director that I knew it was going to be really fun. But in our first week, I think we were still in rehearsals and we'd got into the space, we're with the other actors and some of the crew.

"I went to ask a question and I like, 'Babe... do you think I should - I mean, Dave, Mr. Director, sir'. I took him aside into the other room, and I was like, 'Do you want me to call you Dave when we're on set instead of babe and honey? Does that undermine your authority?'

"He just laughed at me and said 'I want you to call me David Franco'. I did call him babe and honey throughout shooting and I actually think it felt like we were mum and dad of the set. We really felt like husband and wife, but we're able to be professional."

Franco told Us it was great to have his wife so involved in his project.

"It was very comforting to be able to go home to her at the end of each day," he said.

"She was always there to build me up in the right ways, giving me confidence and reminding me that we were doing good work. I truly don’t think I could have done this without her."

He told GQ Australia watching Brie act in the film on set every day was a pleasure.

"I've always known how talented she was," he said.

"But when I was watching her intently for five straight weeks, I realised that she is one of the best actors on the planet. She would literally nail it on the first take every single time."

The couple have used their time in quarantine throughout the COVID-19 pandemic wisely, writing a romantic comedy screenplay together - and just generally ensuring Franco survives the ordeal.

"I've realised that when it comes to the end of the world, I need my wife a lot more than she needs me," he told GQ.

"I can't cook at all and she is literally keeping us alive. So I've been trying to pick up the slack whenever possible because she is a superhero and I am somewhat worthless."