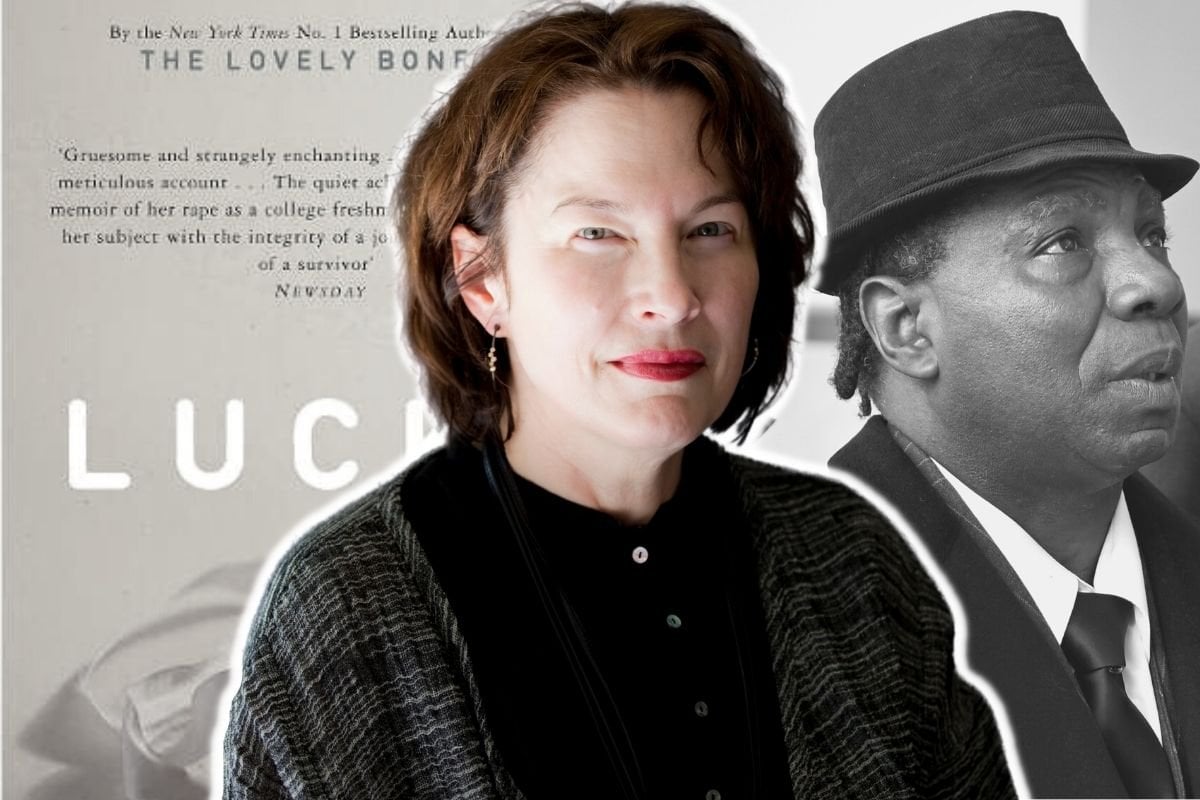 Warning: This post deal with sexual assault could be triggering for some readers.

It took a movie producer of the film adaptation of Alice Sebold's memoir Lucky to find the truth.

Tasked with turning the bestselling author's 1999 recollection of being beaten and raped in 1981 into a box office hit, Timothy Mucciante noticed some issues with the trial and subsequent conviction of Anthony J. Broadwater who spent 16 years in prison for the crime.

So in 2021 he hired a private investigator, reports the New York Times.

The result of his prying led to the exoneration of a conviction that destroyed Broadwater's life.

All while Sebold profited from the story.

Anthony Broadwater speaks with NBC News after being exonerated. Post continues below.

In the early hours of May 8, 1981, Sebold says she was walking home through a tunnel near Syracuse University, where she was a first-year, when she was approached by a Black man with a knife.

He told her if she screamed or made any noise, he'd kill her. Aged 18 at the time, she was raped and beaten in an attack so traumatic Alice writes that the experience went on to shape the rest of her life.

When she reported the crime to police, she was told that a young woman had once been murdered and dismembered in the same place. The police told her she was "lucky," hence the title for her memoir.

At the beginning of her sophomore year of university, months on from the attack and with no leads to speak of, Sebold spotted a man she believed to be the person who raped her. 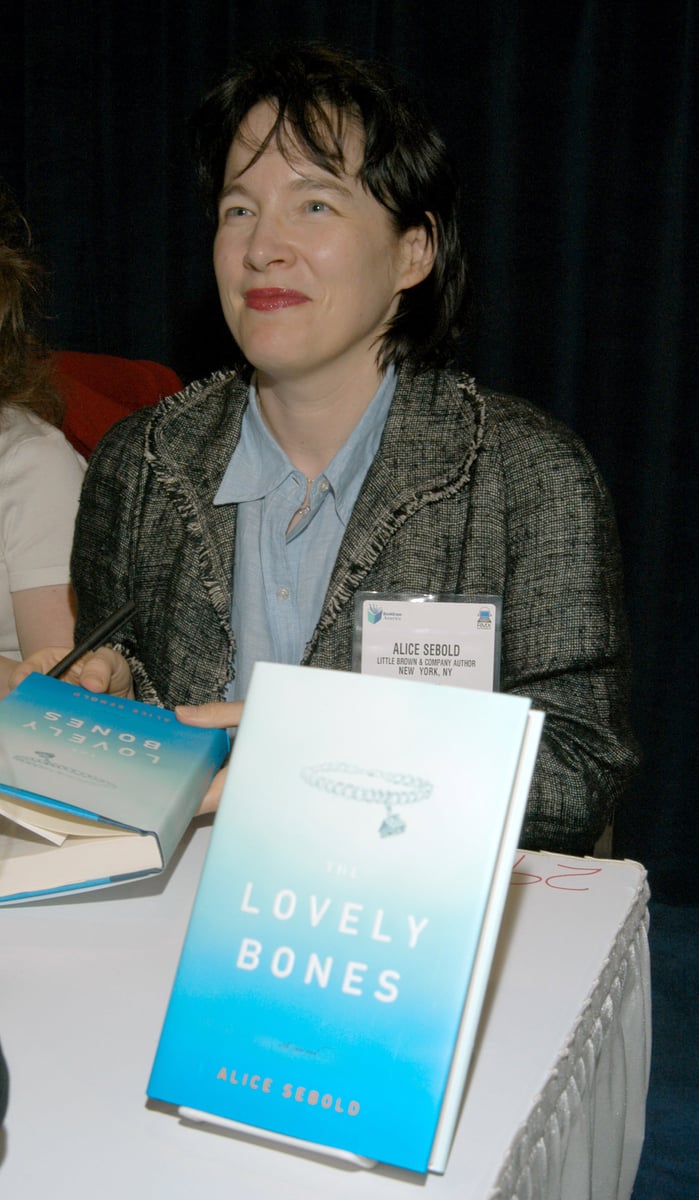 "He was smiling as he approached. He recognised me. It was a stroll in the park to him; he had met an acquaintance on the street," she wrote. “‘Hey, girl,’ he said. ‘Don’t I know you from somewhere?’”

“I looked directly at him. Knew his face had been the face over me in the tunnel," she continued.

She alerted police and they searched the area, but couldn't find him. A young Black man by the name of Anthony J Broadwater who apparently frequented the same area, was suggested as a possible suspect.

Consequence reports he'd returned home to Syracuse from a stint in the marines to spend time with his sick father. He had no criminal record.

In a police line-up Sebold failed to identify the then 20-year-old. She picked a different man, telling police she recognised the "expression in his eyes".

And yet Broadwater was tried and convicted of the attack, serving more than 16 years in prison for the crime.

The trial and aftermath.

On the witness stand, despite picking another man in the line-up, Sebold identified Broadwater as her attacker, reported The Associated Press.

It was that, along with a form of hair analysis that's since been discredited, that tied Broadwater to the crime.

In her memoir, Sebold wrote that when she was informed she had picked someone other than the man she’d previously identified as her rapist, she said the two men looked "almost identical".

She said moments after her choice in the line-up she'd changed her mind.

Broadwater spent 16 years in prison and was released in 1999 but has spent the proceeding decades on the US sex offender's registry.

He has struggled to get work, finding jobs as a garbage man and a handyman over the years. Where he could, he'd take on night shifts so police couldn't implicate him in another late-night attack.

Despite marrying, he never had children because, "I could never, ever allow kids to come into this world with a stigma on my back," reported AP.

Meanwhile Sebold went on to publish her memoir detailing the experience in 1999.

Her bestseller The Lovely Bones, which was also centred around sexual assault, was published in 2002. It became a New York bestseller and attracted internationally acclaim before being turned into a successful movie in 2009.

A private detective and an exoneration.

Timothy Muccianti became involved after signing on to executive produce a film adaptation of Lucky which was set to star Victoria Pedretti from Netflix’s You, according to Variety.

After noticing some discrepancies between the screenplay and the memoir, he started having doubts.

"Not about the story that Alice told about her assault, which was tragic, but the second part of her book about the trial, which didn’t hang together," he told the New York Times.

After leaving the project in June he decided to hire a private investigator, the result of which was handed on to Broadwater's legal team.

In their motion to vacate the conviction, his defence attorneys argued that the case relied solely on Sebold’s identification of Broadwater in the courtroom and a now-discredited method of hair analysis. They also said there was prosecutorial misconduct, accusing a lawyer of falsely telling Sebold the man standing next to Broadwater was his friend, and they'd appeared together to try to trick her, as reported by the Times.

Broadwater's conviction was overturned after his lawyers successfully argued that the case against him was seriously flawed.

The now 61-year-old sat with his head in his hands sobbing as the judge read out the news. 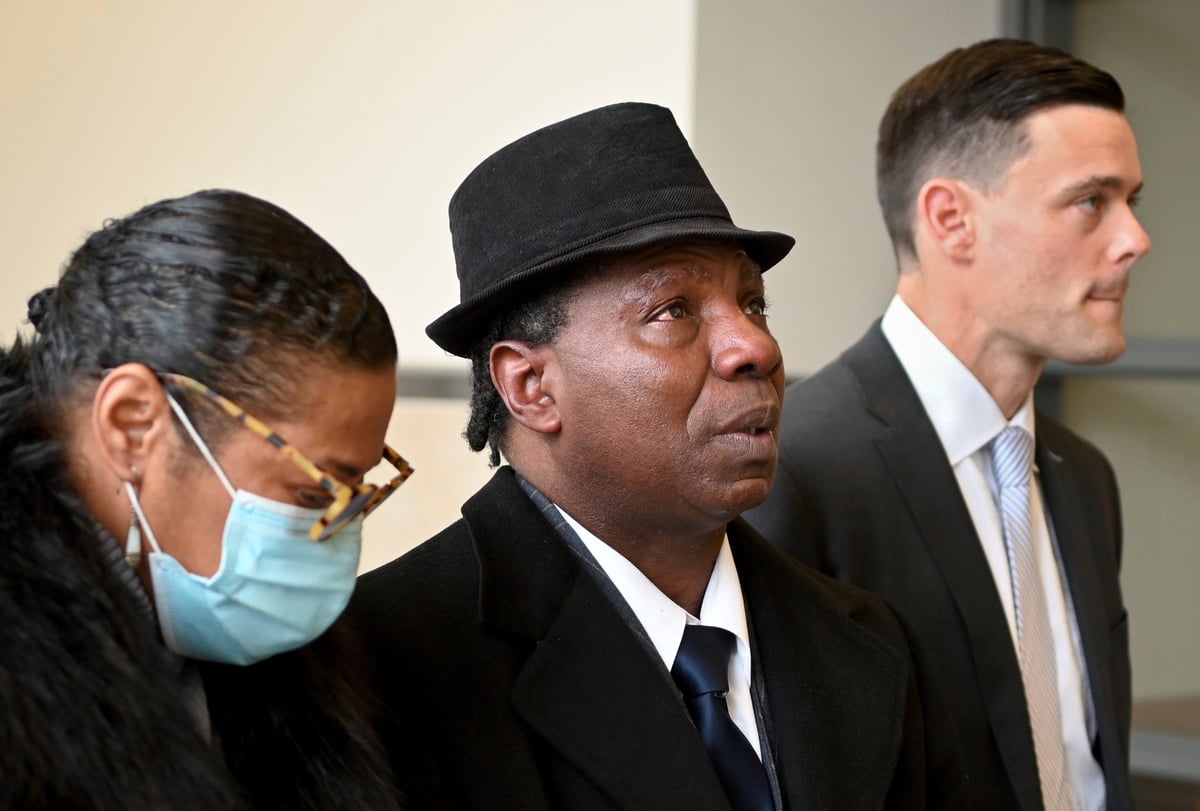 "I’ve been crying tears of joy and relief the last couple of days," he told The Associated Press. “I’m so elated, the cold can’t even keep me cold."

Onondaga County District Attorney William Fitzpatrick conceded: "I'm not going to sully this proceeding by saying, 'I'm sorry.' That doesn't cut it. This should never have happened.

"And I will say to Mr. Broadwater that I assure him that it will never happen again; that we will never let junk science into a courtroom in this county," he said, as reported by The Post-Standard of Syracuse.

The #Syracuse rape conviction at the heart of Alice Sebold’s memoir was thrown out.

Anthony Broadwater broke down in tears as the judge overturned the 40-yr-old conviction that wrongfully put him in prison for 16 years.https://t.co/wCOoxS04Fn pic.twitter.com/SExDqqipPM

The Telegraph reports Broadwater had no idea Sebold had written a book about her ordeal that had gone on to sell more than a million copies. While she was doing press for the book, the publication explains, he was too busy trying to adapt to post-prison life.

Even now, he lives in a derelict apartment with tarps on the windows to protect himself and his wife from the cold. He's been scrimping over the years raising money for legal fees trying to prove his innocence.

As he returns to the world a free man, he'd like an apology.

For decades, Anthony Broadwater insisted he was innocent of the rape of "The Lovely Bones" author Alice Sebold.

He tried 5 times to get the conviction overturned. Even after his release from prison, he didn't give up. But it didn't happen until this week. https://t.co/Ge2HEWP6C8

"I just hope and pray that maybe Ms. Sebold will come forward and say, 'Hey, I made a grave mistake,' and give me an apology," he told the New York Times.

"I sympathise with her, but she was wrong."

On Tuesday this week, Sebold publicly apologised for her part in Broadwater's wrongful conviction.

In a statement released to the Associated Press, Sebold said that as a "traumatised 18-year-old rape victim" she chose to put her faith in the US legal system.

"My goal in 1982 was justice: not to perpetuate injustice. And certainly not to forever, and irreparably, alter a young man's life by the very crime that had altered mine."

"I am grateful that Mr Broadwater has finally been vindicated, but the fact remains that 40 years ago, he became another young Black man brutalised by our flawed legal system. I will forever be sorry for what was done to him."

An attorney for Broadwater said he had no comment.

Reply
Upvote
1 upvotes
A life in ruins because of mistaken identity. How would Ms Sebold ever reconcile herself to the knowledge that a miscarriage of justice condemned this man to a different and dangerous life but left the true perpetrator of her attack at large? Such a tragedy for everyone involved.
M
mamamia-user-556745246 2 months ago

Reply
Upvote
6 upvotes
This poor man, I am so thrilled for him. It is appalling that so much hinged on the memory of a victim who had been through such a trauma? And weeks after it happened!? That should never have been the case. It's been proven time and time again how flawed our memories are. This man's life has been so deeply impacted and the rapist got away with it
News
General
Opinion
True Crime
Politics
Sport
Explainer
Entertainment
Celebrity
Reality TV
Movies
TV
Books
Rogue
Royal
Lifestyle
Beauty
Fashion
Weddings
Home
Wellness
Health
Fitness
Travel
Food
Parents
Before The Bump
Pregnancy
Baby
Kids
Teens
School
Parent Opinion
Work & Money
Money
Finance
Career
Lady Startup
Relationships
Sex
Dating
Separation
Friendship
Family
Real Life
Couples